McLean, 26, is currently attempting to shatter the world record for most consecutive hours of tenpin bowling.

“I’ve been bowling in a league since I was 3, and I wanted to do something that would make an impression on the sport,” he said.

He works as the manager at Two Turkeys Pro Shop, located inside the AMF Alley Katz Corner bowling alley.

The current record, 125 hours, was set by Stephen Shanabrook of Plano, Texas. McLean is attempting to crush the record by 75 hours.

If he continues bowling, McLean could break the record as early as today and reach his goal of 200 hours on Saturday, depending on breaks.

On Thursday, McLean said he was feeling physically weak but was mentally strong. Preparing for the event, he thought he would have the opposite problem.

The rules for record-breaking are simple but strict. For every full hour of bowling, McLean is granted five minutes of break time. He can choose to use the breaks individually or save them and take longer breaks. Also, while bowling, he cannot sit down.

McLean’s friends have been supporting him with all of his needs. They’ve been getting him food, tape, bandages and occasionally handing him the bowling ball.

Charles Volkert, a shift leader at Alley Katz, said he has no doubt in his mind that McLean will be able to do it.

“It’s amazing to see someone have that much willpower.”

Another manager even brought in a king-sized inflatable mattress for McLean to rest on. The managers rearranged the desks in their offices so McLean would have a comfortable and quiet place to rest.

McLean said this is much harder than he originally thought it would be. Physically, he trained for this, but mentally, there was no way to train.

“I thought that since I had the physical component down, I was going to rock and bowl no problem. I bowled for two months straight,” McLean said. “I treated my practice like a workout.”

He said his major at Kennesaw State University was exercise and health science so he knew how to properly train and prepare his diet. Besides staying up and playing video games, though, McLean said there wasn’t much he could do to train for the lack of sleep.

While McLean is trying to break the record,  funds are also being raised for Haven Hospice and Making Strides Against Breast Cancer via a donation bucket.

To stay up, McLean said that people talking to him and supporting him have been the best methods. He said he hasn’t tried any full-can energy drinks but had a couple of 5-Hour Energy shots.

Beau Gassendanner, 21, a friend of McLean’s, has been with him at the alley for a majority of the time so far. He said McLean seems to do better when there are more people around. Early mornings are worst.

“I think he’ll break the record. He’s just got a ton of support,” Gassendanner said. “He has a lot of dedication and a lot of motivation.”

When McLean gets a chance for sleep, he said he has to use every minute because they are few in number and rare in appearance.

Even after suffering during his favorite sport, McLean says that he will still keep bowling.

“I’ve been bowling for 23 years,” McLean said. “A little more is not going to do anything.”

You can watch McLean bowl at http://www.ustream.tv/channel/recordbreaker. 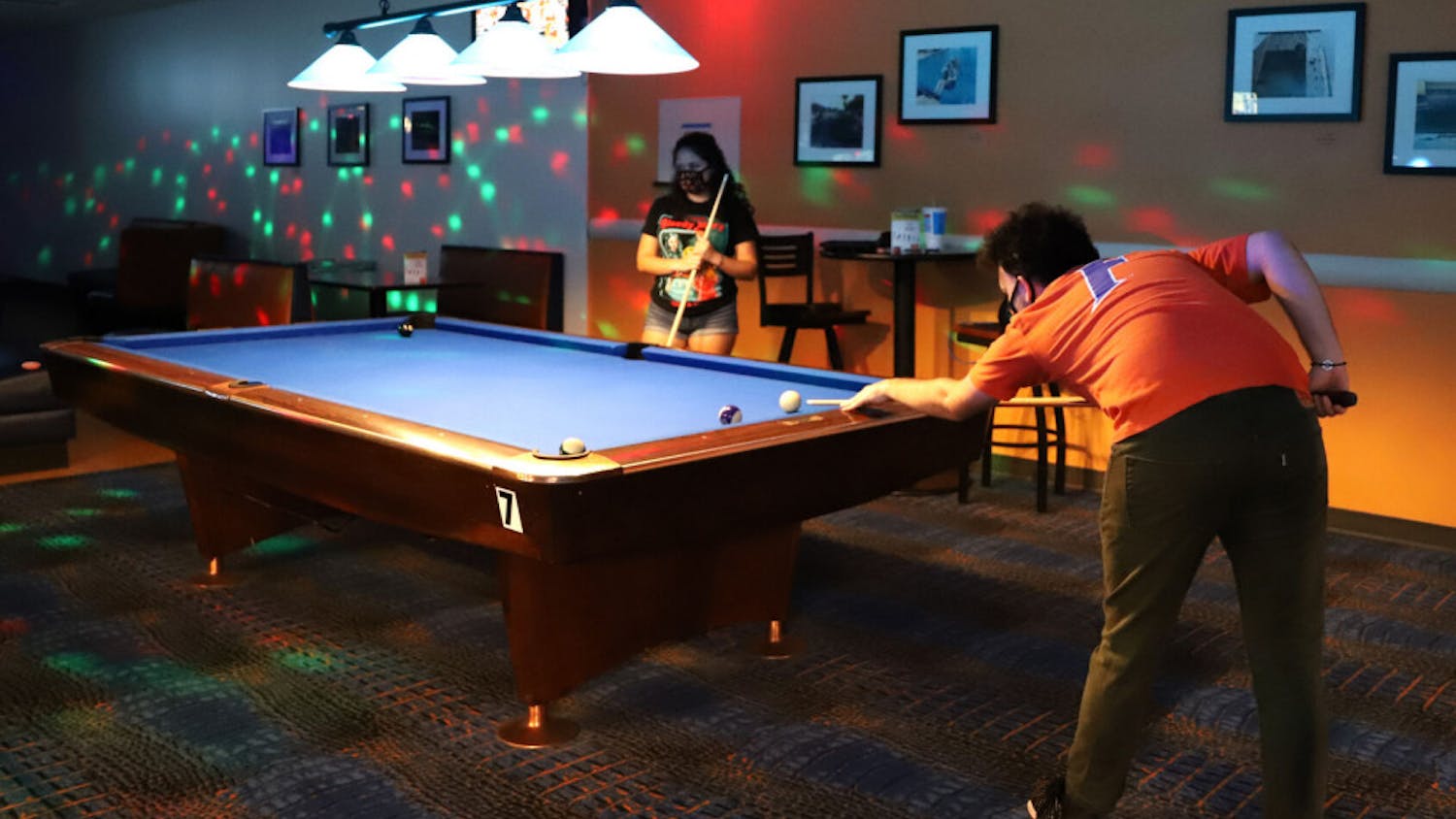 Not game over: How the Reitz Union Game Room has adapted to COVID-19