Texting while driving may be illegal in Florida as soon as May 3 if a bill passed unanimously Tuesday in the Florida Senate also passes in the state’s House of Representatives.

Police could charge a driver with texting while driving only as a “secondary offense,” meaning the driver would have to be already doing something wrong such as swerving or changing speeds. The first offense would be met with a $30 fine, and if the offense is repeated within five years, the fine would be doubled and three points would be added to the offender’s license.

Texting while driving has recently become a more frequent deadly habit for Americans, said Patrick Sheehy, a representative for UNITE, a health and wellness organization, who was running a distracted driving simulation booth on UF’s campus Thursday.

In 2009, there were about 450,000 injuries due to distracted driving, which is 20 percent of all accidents on the road, Sheehy said.

For every letter typed, the driver’s eyes are off the road for about three to four seconds, and those letters can add up, Sheehy said.

“If you’re driving blind, you’re not driving,” he said. “You’re just throwing a moving time bomb down the road.”

The bill has built-in exceptions for those using a GPS or reading safety-related information. Texting at red lights would still be allowed.

Eric Strack, a 22-year-old UF advertising senior, tried a simulator Thursday, but he said he remained confident in his abilities to text while driving.

However, hearing about the impending legislation quickly changed his mind.

“I know it’s hard to stop cold turkey because sometimes, you just have to send a message out,” he said, “but definitely, I’ll start limiting to just red lights and eventually cut it out completely.” 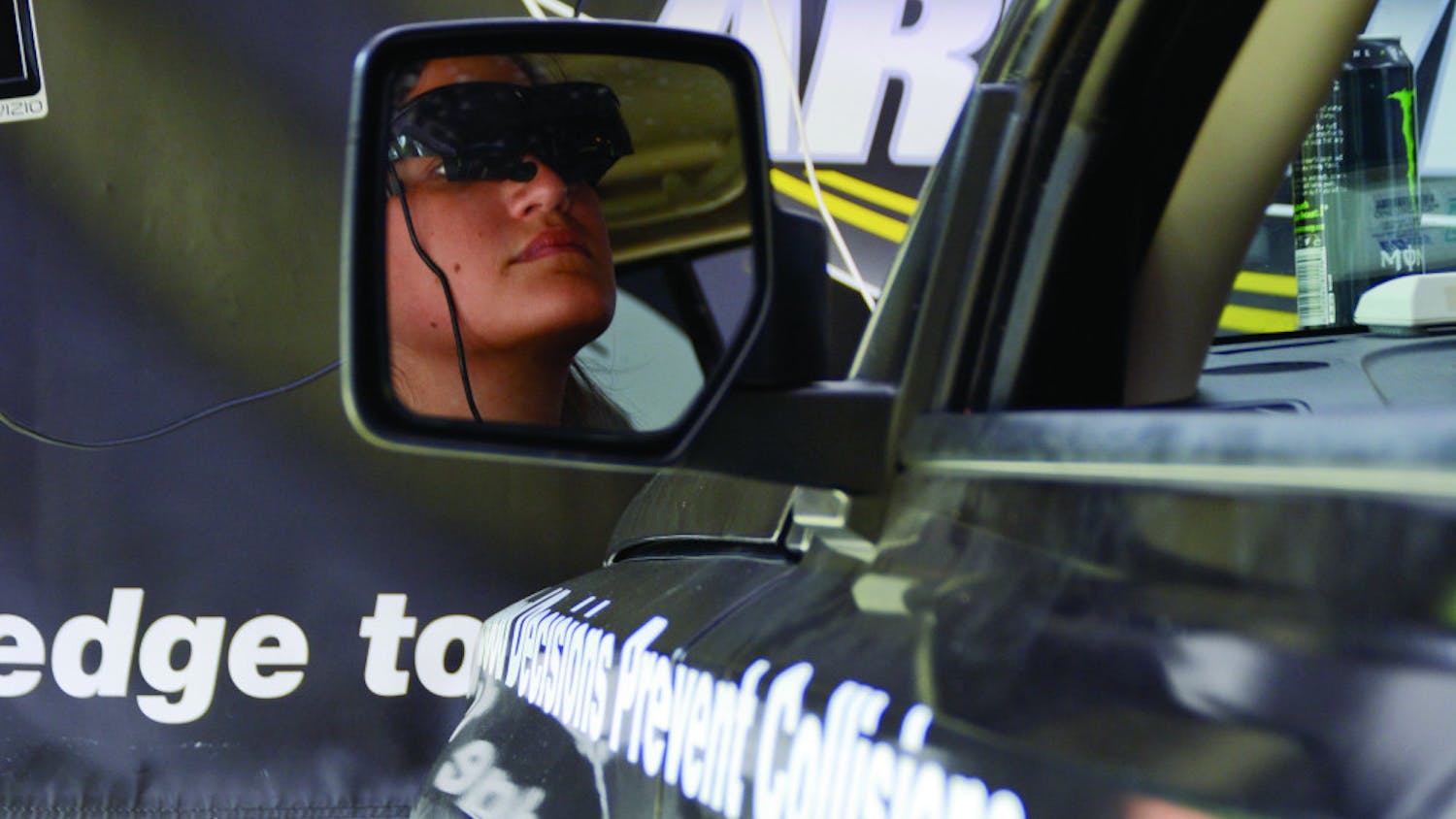 A tale of two drivers: Reporters take on driving simulations

Texting while driving is a social problem