With the production of the movie Pitch Perfect and the rising fame of The Sing Off-winning group Pentatonix, A’ Capella music is gaining popularity again. The University Auditorium here on Florida’s campus hosted a performance by an all men’s A’ Capella group this past Friday. This group of men are very different than your college, pop-song cover group. The men of Chanticleer are Grammy award winning professionals, who performed a program of songs that provided a truly magical experience for those in attendance.

They've performed several songs from the 16th century along with French, Italian, Portuguese, Spanish, Hungarian, and Serbian madrigals. One song in particular, “Bachianas Brasileiras” No. 5 by Heitor Villa-Lobos and arranged by Ben Jones, was incredibly mesmerizing. The soloist, soprano Cortez Mitchell, captivated the audience with the tenderness and angelic beauty of his voice.

Of the male sopranos in Chanticleer, the University of Florida is happy to call one of them their own. Nathanael Pence, whom I sat down with briefly to ask a few questions, began performing with the group in July of last year. Pence was a master’s student in choral conducting in the UF School of Music until he was contacted by Chanticleer to audition last March. “They saw a video of me on YouTube,” said Pence, who had known of the award winning group since he was a child. While waiting for the opportunity to interview him, Pence was constantly greeted with the excited yells of “Nate!” followed by hugs from friends who hadn’t seen him since he left school to join Chanticleer.

“It’s exciting but terrifying,” said Pence, in regards to performing at UF and seeing all of his old teachers and friends. “I don’t want them to think I’ve changed,” he explained, “I’m excited to show them I’m doing what I love.” The song “Nino de Rosas” from Three Mystical Choruses by Steven Sametz, and written specifically for Chanticleer, is Pence’s favorite to perform. “It suits all of our voices really well and I think it’s just beautiful.”

Of the jazz, gospel, and spiritual music the men performed, “Lost in the Stars” by Kurt Weill and arranged by Gene Puerling, was incredibly heart-wrenching and beautiful; eliciting tears from the audience. Jacob Kovach, a freshman and member of UF’s all male A’ Capella group The Staff said the performance was “wonderful.” He goes on to say “I like the intricate harmonies and appreciation of the classics. It was totally unanticipated.” Jimi Hutchings, also a freshman and member of UF’s A’ Capella group No Southern Accent said “the performance was absolutely amazing! I have always been a lover of all kinds of music, especially choral music. This was probably the best vocal ensemble I’ve heard in my life.” Hutchings also had the opportunity, along with the rest of No Southern Accent to participate in a master class with Chanticleer. I asked what he like most about the performance and he responded “the male sopranos. I’ve always loved experimenting with my falsetto and these men are perfection. They could give real sopranos a run for their money.” He goes on to say “They [Chanticleer] have such a beautiful sound that I think even people not entirely involved in the music world would enjoy and be interested in.” Both gentleman said they would see Chanticleer perform again and would recommend them to anybody. The performance was truly breath taking and a work of incredible artistry.

If you would like to listen to Chanticleer or see them live, recordings are available at www.chanticleer.org along with upcoming concert dates and locations.

To see other performances on the University of Florida campus visit performingarts.ufl.edu/events.

Chanticleer: An Orchestra of Voices 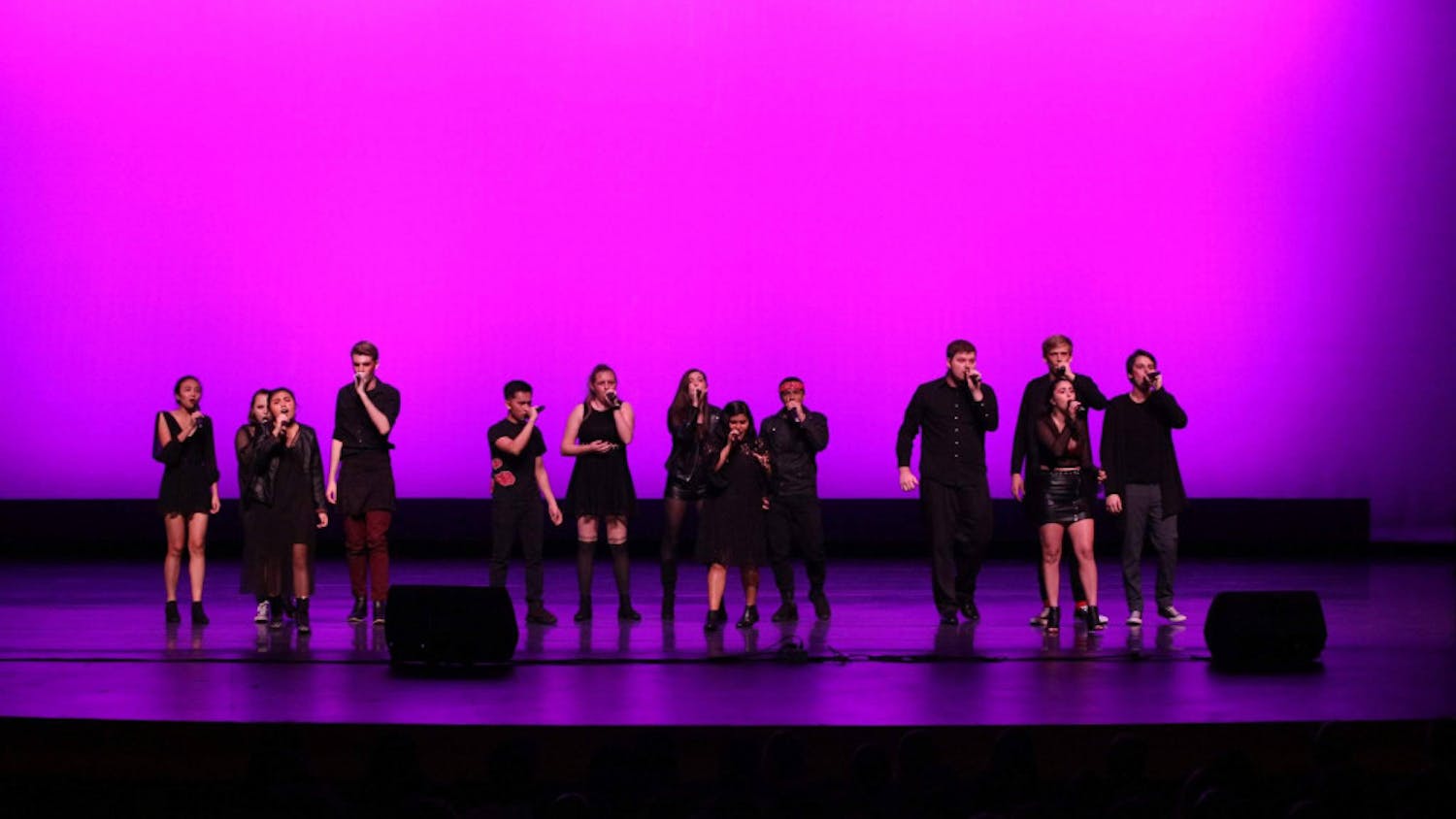 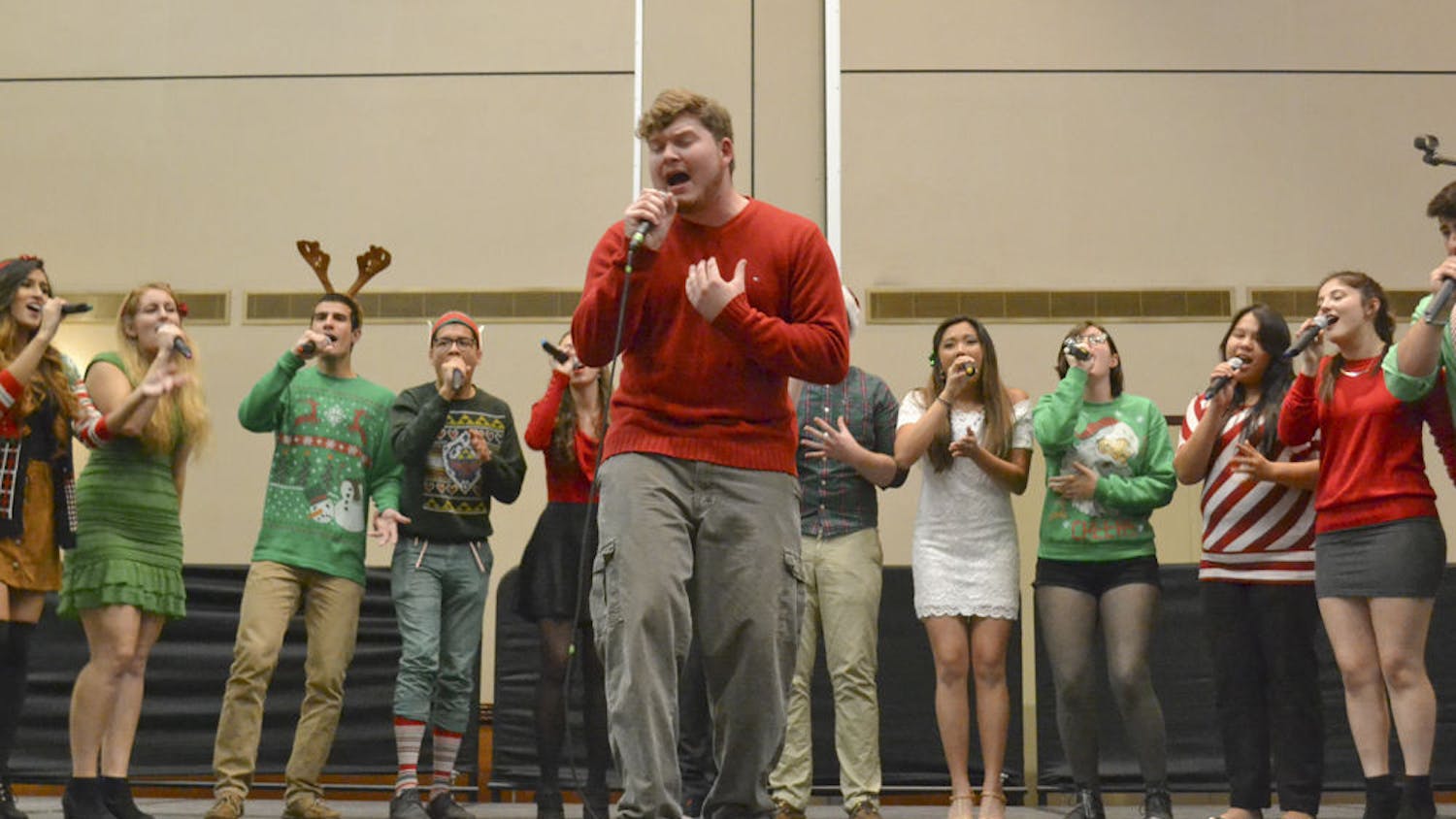