We know all the classic lines: “All the world’s a stage.”, “To be or not to be”, and  “Love is blind”. Shakespeare has become a trembled trepidation to each scholar who has ever outlived an English class. Whether you are a ravaged fan or hiss at even the sound of “thou”, Shakespeare has conquered an art form standing the test of time to assert himself as legendary.

The University of Florida School of Theater recently concluded their run of the popular Shakespeare farce The Comedy of Errors. The company rehearsed roughly 6 weeks composed of a cast of Shakespeare veterans to rookies. What then, does it take to mount a Shakespeare production? After talking with several members of the cast and crew on their process, I came to a few conclusions.

It all starts with the script. To the untrained eye, reading Shakespeare is nothing short of a cluster of made-up words. It takes more than just memorization, but through memorization and comfort ability with the words, becomes the story. Any script analysis course can teach you the importance of words; sticking to the highlighted and keywords the audience must hear the most. Even if one does not understand the surrounding flare, the human brain can hone in on critical tracking lines, and even the most unversed audiences know the common verses of body language. It’s the job of the actors, guided by the director to deliver each purpose behind every word. The actors underwent countless of hours of personal memorization, script markings, table reads, movement training, period styles work, and rehearsals 4 hours a day until opening.

Most would flee from just the sound of iambic pentameter. The production company has to bring more to the table then just fancy line readings. Understanding the character, knowing it’s flow, it’s growth, and the chart laid out for how the character forms. The character must travel, whether into madness, into love, or a selected destination. “Although it can be scary, living through the life of the character is far more interesting than “putting the character on.” – Ariel Reich (Luciana in The Comedy of Errors)

First and foremost, this show is a comedy. It’s a very basic human instinct to laugh at others heedless behavior. The cast then, had to master the art of clowning. Some of the most self-deprecating clowns are the most successful, and Comedy of Errors was full of them. It’s essential to let a clown fail, and in their rising, let the audience identify and laugh with them. Endless amounts of slapstick, turn of events, backwards situations, identity confusion; all elements in the making of boundless comedy. However, “analyzing humor is like dissecting a frog. Few people are interested and the frog dies of it.” (E. B. White)

Warm-ups, vocal training, physical responsibility, and non-stop dedication to the creation of relationships on and off stage create the world of the play so seamlessly, audience members seldom recognize the magic before their eyes. The scenic design, lighting elements, deck crews, stage managers, production assistances, director, and countless of other works behind the scenes make for one unified presentational virtuosity. They too have to understand the time period. Ask themselves “Would this chair in this color have existed in this time?” Over 50 different light configurations were used to illuminate the world, 45 different sound cues and creations, and hundreds of hours were put into designing and creating the set and show.

In retrospect, Shakespeare has never found a secure placement of gratification amongst modern audiences. However, it was hard to feel an absence of devotion and admiration to the true entity UF’s School of Theatre’s production of The Comedy of Errors entailed.

Clowning and the tackling of another stirring form of theater in the way of a musical will be presented this weekend (April 17th-19th), through the student organization Florida Players. Information at http://www.floridaplayers.org

Behind-the-Scenes: The Comedy of Errors from UF College of the Arts on Vimeo.

Enjoy what you're reading? Get content from The Alligator delivered to your inbox
Subscribe Now
Support your local paper
Donate Today
The Independent Florida Alligator has been independent of the university since 1971, your donation today could help #SaveStudentNewsrooms. Please consider giving today.
Popular
Gov. Ron DeSantis under fire from members of UF community, elected officials for Martha’s Vineyard migrant relocation
Gainesville man kidnaps, threatens to fatally shoot girlfriend
Tropical Storm Ian expected to become hurricane, make landfall in Florida
Florida university students evacuate to and from Gainesville to avoid Hurricane Ian’s path
UF cancels classes ahead of Hurricane Ian
Tweets by TheAlligator
Calendar
No events at this time.
Submit an event
More 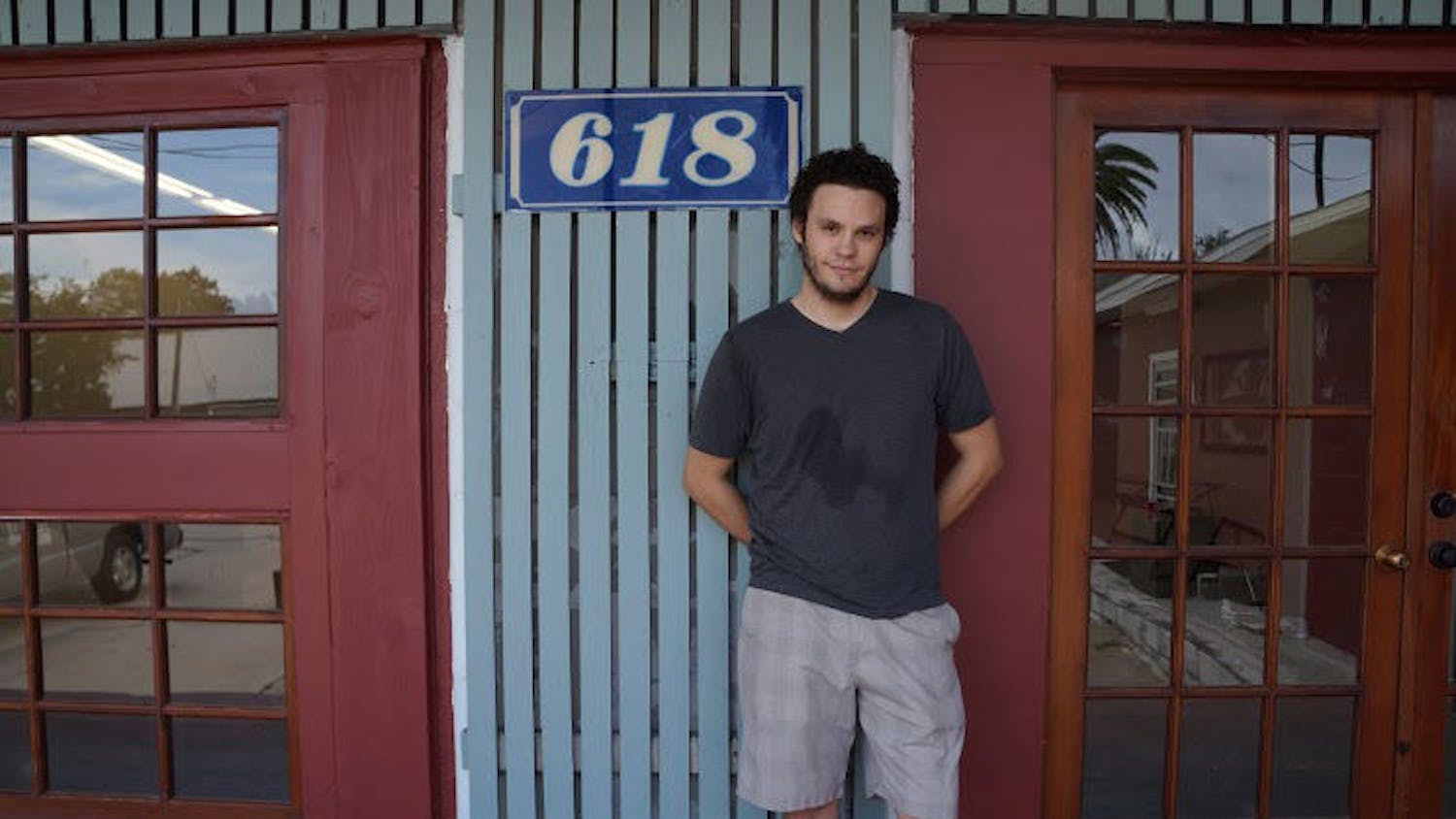