Skip to Content, Navigation, or Footer.
Donate Now
We inform. You decide.
Wednesday, January 26, 2022
Developing:
The latest news on UF’s barring of professors from testifying against the state
BLOGS  |  MUSIC

They performed a series of songs languages including English, French, Spanish, and Latin. The program provided lyrics and translations for each piece. Opening the concert was Adrian Willaert’s “Dessus le marché d’Arras,” a light hearted, sprightly French A capella piece.

Each piece had its merits, however, the most interesting pieces were Mario Castelnuovo-Tadesco’s “Romancero Gitano”, “The Song of the Wondering Aengus” by UF’s own Paul Richards, and John Rutter’s “Gloria.” The choir performed all the seven movements of “Romancero Gitano”, each of which were unique and beautiful. The choir was accompanied by guitar players and professors Dr. Silvio Dos Santos, Dr. Welson Tremora, and Dr. Mark Matthews. Each movement featured solos from Joshua Mazur, who recently stared as the phantom is UF’s production of The Phantom of the Opera, Matt Christoff, Samone Hicks, and Dani Arnolt. The movement that stood out the most was the third movement “Puñal”, meaning dagger. The song is frantic and panicked, exclaiming “no!” repeatedly, yet maintaining the beauty and harmony you hear throughout the other movements.

“The Song of the Wandering Aengus” was particularly interesting. The dissonant droning underneath the melody was beautiful and haunting. Professor of composition Paul Richards set the song to William Butler Yeats’s poem. The song is mystifying and builds to a beautiful flourishing melody at the end, very different form the beginning of the song. This concert was also the world premiere of Richards’s piece.

The concert was ended with John Rutter’s “Gloria.” The Latin piece comprised of three movements was accompanied by brass, percussion, and organ played by many University of Florida doctors of music and professors. The piece featured trios and solos by Jasmine Robinson, Hannah Hough, and Dani Arnolt. The “Gloria” was powerful and moving; a great finale for the whole show.

The choir’s next performance will be with the Gainesville Civic Chorus in the Phillips center, accompanied by the University’s symphony orchestra. The concert will feature guest artists to sing Verdi’s “Messa de Requiem”, and will be an opportunity you cannot miss.

For more information on the Portest Requiem visit:

To get tickets visit: 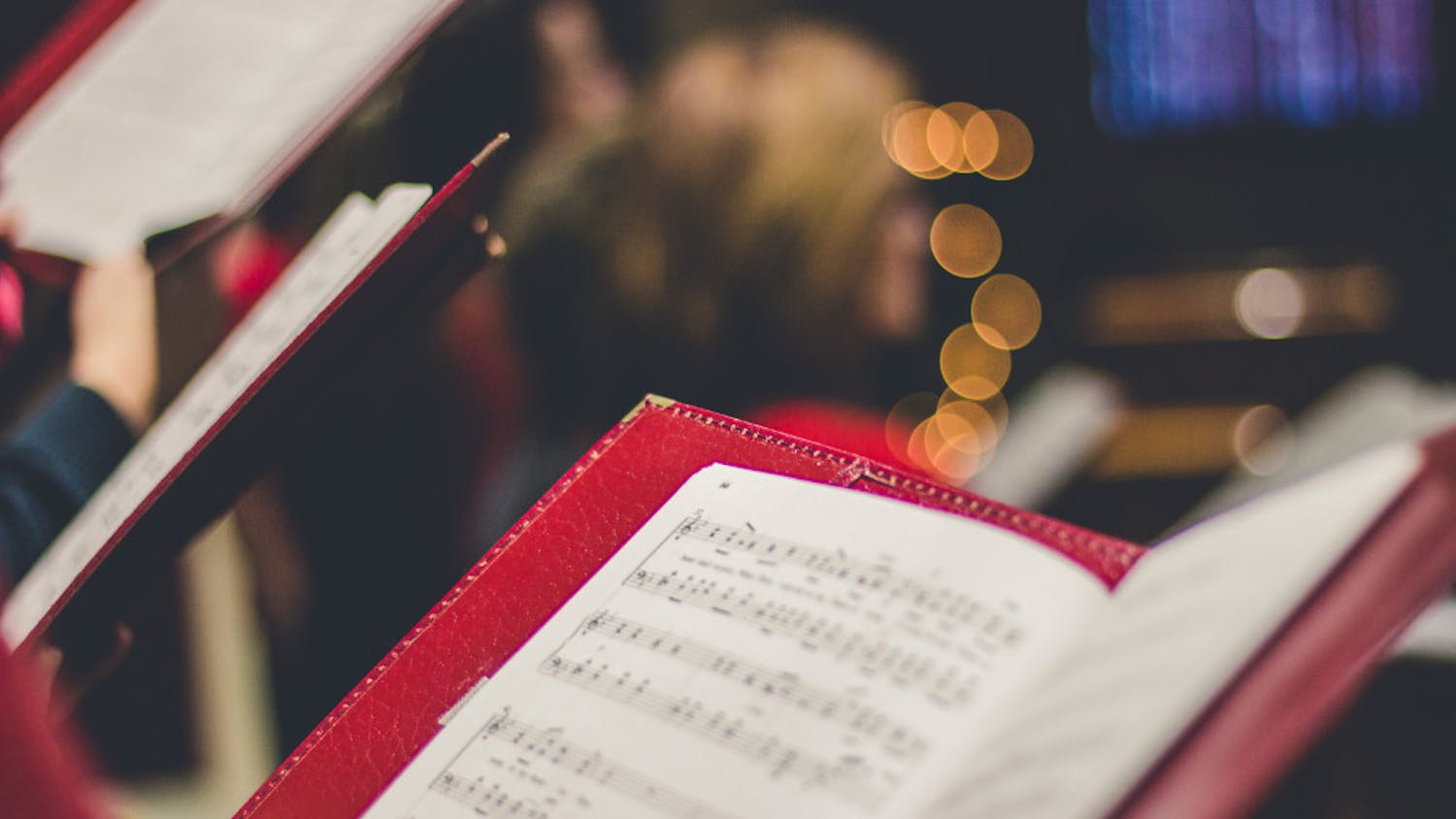