The state of emergency covers every county in the state and will last for 60 days unless Scott extends it.

The National Hurricane Center forecast Erika as weakening into a tropical depression on Saturday with a good possibility that she could even degenerate into a trough of low pressure as she moves over the island of Hispaniola and eastern Cuba.

Erika is projected to impact Florida as early as Sunday, but National Hurricane Center Spokesman Dennis Feltgen said there are still a number of possibilities of what Erika could do and that an impact wasn’t definite.

Kenneth Allen, a UF Emergency manager, said the university has been in close coordination with local and state partners throughout the week monitoring the storm.

Storm preparations are ongoing throughout the university campus and at various other facilities such as those in South Florida, where an earlier impact is expected, Allen said.

Allen said updates will be sent out from a link off the UF homepage throughout the weekend.

“While there is a great deal of uncertainty in the forecast now, if our threat were to increase or actions were to be taken we would dish those out to the campus community,” he said.

"Also, use this as an opportunity to review their preparedness, whether Erika impacts us or not, we always encourage everybody to have a plan, have a kit, and be informed,” he said. “So think about now what they would do during a hurricane."

He advised students to have a kit with seventy-two-hours worth of non-perishable food and water, a battery-powered radio, flashlight and other basic supplies.

"Again they may not be needed for Erika, but now is a good time using the storm as a reminder that we’re in the middle of hurricane season and make sure they have their supplies,” Allen said.

Santa Fe College Police Chief Ed Book said the college has been proactive in preparing for a weather emergency and is in communication with the Alachua County Emergency Operation Center.

The college's emergency management team met earlier today and yesterday to prepare for any emergency caused by the storm.

"We are doing the same thing that most of the counties are doing," Book said. "We are outside what’s called the 72-hour activation window, meaning that the storm at this point... (is) still over 72 hours away. So we’re in what is basically monitoring with the Alachua County EOC and the National Weather Service how the storm is progressing."

Koon will have the authority to work with other U.S. states under existing agreements, seek assistance and enter into agreements with agencies of the U.S. government, and direct governmental agencies and law enforcement to meet emergency needs.

Scott also ordered Florida’s adjutant general, Major General Emmett Titshaw Jr., to active the Florida National Guard, which will fall under the coordination and direction of the State Coordinating Officer.

He said early Friday that based on forecasts, it appears Erika would be a degraded storm by the time it hit Gainesville. In such an event, he said the city would be looking at significant wind events and a lot of rain.

"We want to be ready to go the minute it touches land," Braddy said. "I feel pretty comfortable right now. I think we are being proactive about it, we're not waiting for something to happen."

Over the past few days, experts have advised Floridians to prepare for a potential hurricane.

Alachua County Emergency Management Assistant Director Jeff Bielling wrote in an email that people planning to stay at home should have a three- to five-day supply of nonperishable food and water, a 30-day supply of needed medications, a battery powered radio, batteries, flashlights and pet supplies.

In the event of a hurricane, Bielling said people shouldn’t drive or walk in flooded roadways, should seek shelter during lightning storms and wind events, and have a plan of action should they have to evacuate their residency.

"We are still monitoring the storm situation and will be making our response decisions based upon the NHC forecasts," Bielling said.  "Right now we are firmly in the wait and see mode.  That said we are coordinating with our community partners to prepare in case the storm does head this way."

This is a developing story, check back throughout the day for updates. 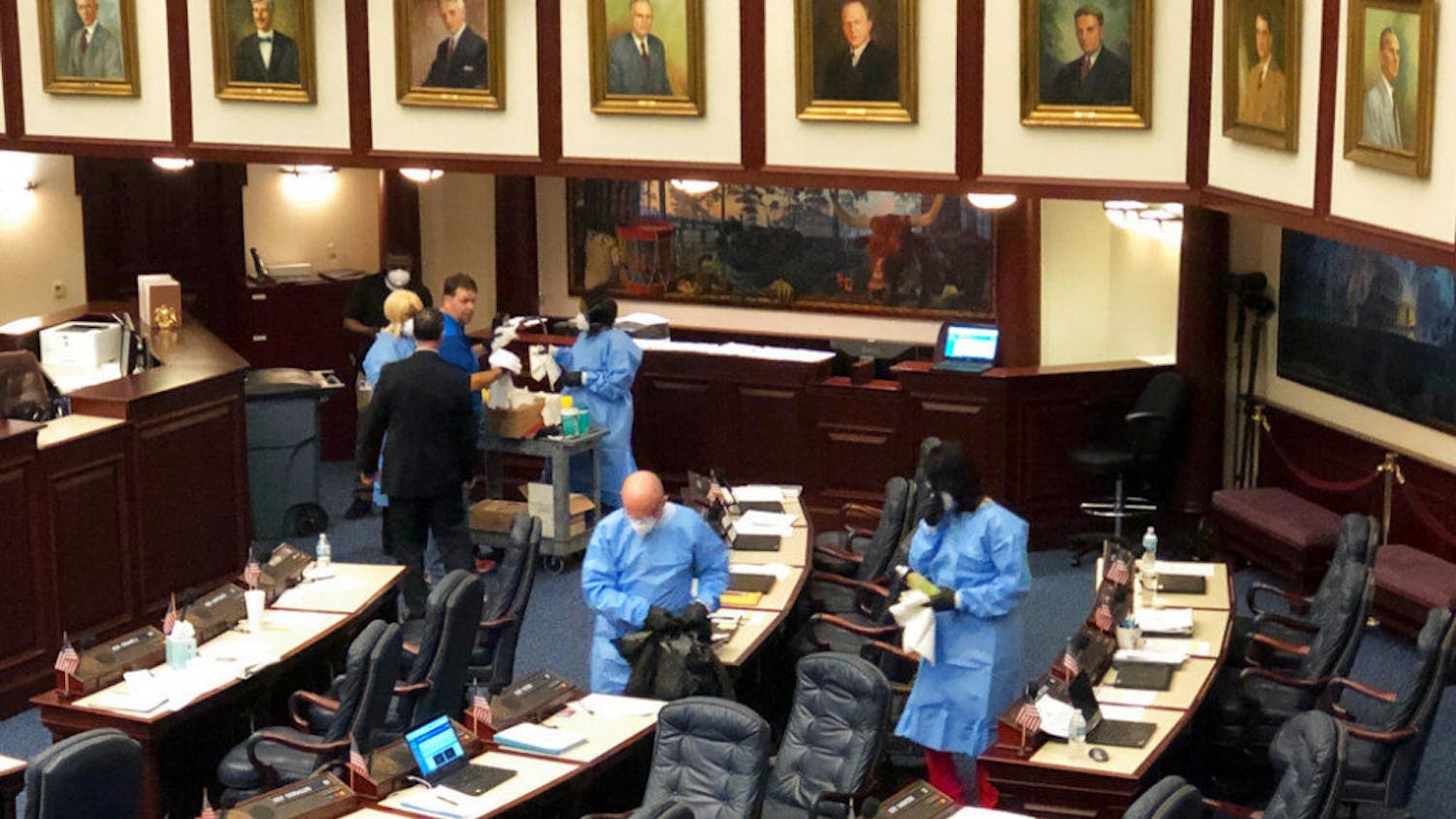