With zero goals in its last two games, Florida’s soccer team has been hit with a major offensive lull. With the No. 2 team in the nation heading to Gainesville on today, the Gators (2-2) will have to play to their full potential if they’re going to end their scoring drought against the Bruins (2-0).

Here are a few of the big storylines for UCLA that UF will have to be ready for when it hosts the Bruins at Donald R. Dizney Stadium.

The absence of their stars

Just as UF’s Deanne Rose has been called to international duty with the Canadian National Team, the Bruins face the same problem with two of their star players, forward Hailie Mace and Jessie Fleming.

Mace, a California native, joins the U.S squad in preparation for its international friendlies against Chile. She’s currently locked in a three-way tie for UCLA’s leading scorer, finding the back of the net in the final five seconds of the Bruins first match of the year against Long Beach State. Mace was first-team All-American last year, notching 15 goals and 33 points, and with her offensive game—which UCLA’s head coach Amanda Cromwell put as “causing havoc” in a release—absent from the pitch on tonight, the Gators should have a bit more breathing room defensively as they attempt to repair their uninspired offensive play.

Fleming will be joining UF’s Rose on the pitch when the Canadian National Team faces off against Brazil, and while she has yet to get on the board offensively this season, her presence on the Bruins is undeniable. Also a first-team All-American in 2017, Fleming put up eight assists and twenty points, good for third on the team and scored three game winning goals.

With both Mace and Fleming absent, UF won’t have to worry about defending their fearsome presence on the pitch; however, the team may find its scoring woes continuing thanks to the keeper in the Bruins’ net.

The Great Wall of Los Angeles

The Gators will be tasked with facing off against a talented keeper in Teagan Micah, last week’s Pac-12 Goalkeeper of the Week. Micah made five saves in the Bruins’ 2-1 victory over Penn State, and she sits at fifth all time for UCLA in saves and career shutouts with 161 and 19, respectively.

Freshman Cassidy Lindley leads the team with five total points (one goal, three assists) and both Sammie Betters and Madison Alexander have scored two goals: the team will likely look to them to recapture their magic from UF’s first two games, magic they’ll need with Micah in net for UCLA.

Despite UCLA’s success, Florida hasn’t been focusing on these strengths and weaknesses in practice; while it has discussed the Bruins and their tendencies in practice, the Gators are devoting most of their attention to themselves.

“We’re just trying to handle ourselves right now,” UF redshirt junior midfielder Parker Roberts said. “We have things we need to fix, and if we play how we play then that will take care of itself.”

“They’re a great team, and they always have been,” she said of UCLA. “I think we’re more focused on ourselves. We’re just trying to figure out what we need to do right now.”

Florida will square off against UCLA at 7 p.m.

Midfielder Sammie Betters is tied for the team lead in goals with two (Madison Alexander) and has only taken three shots. 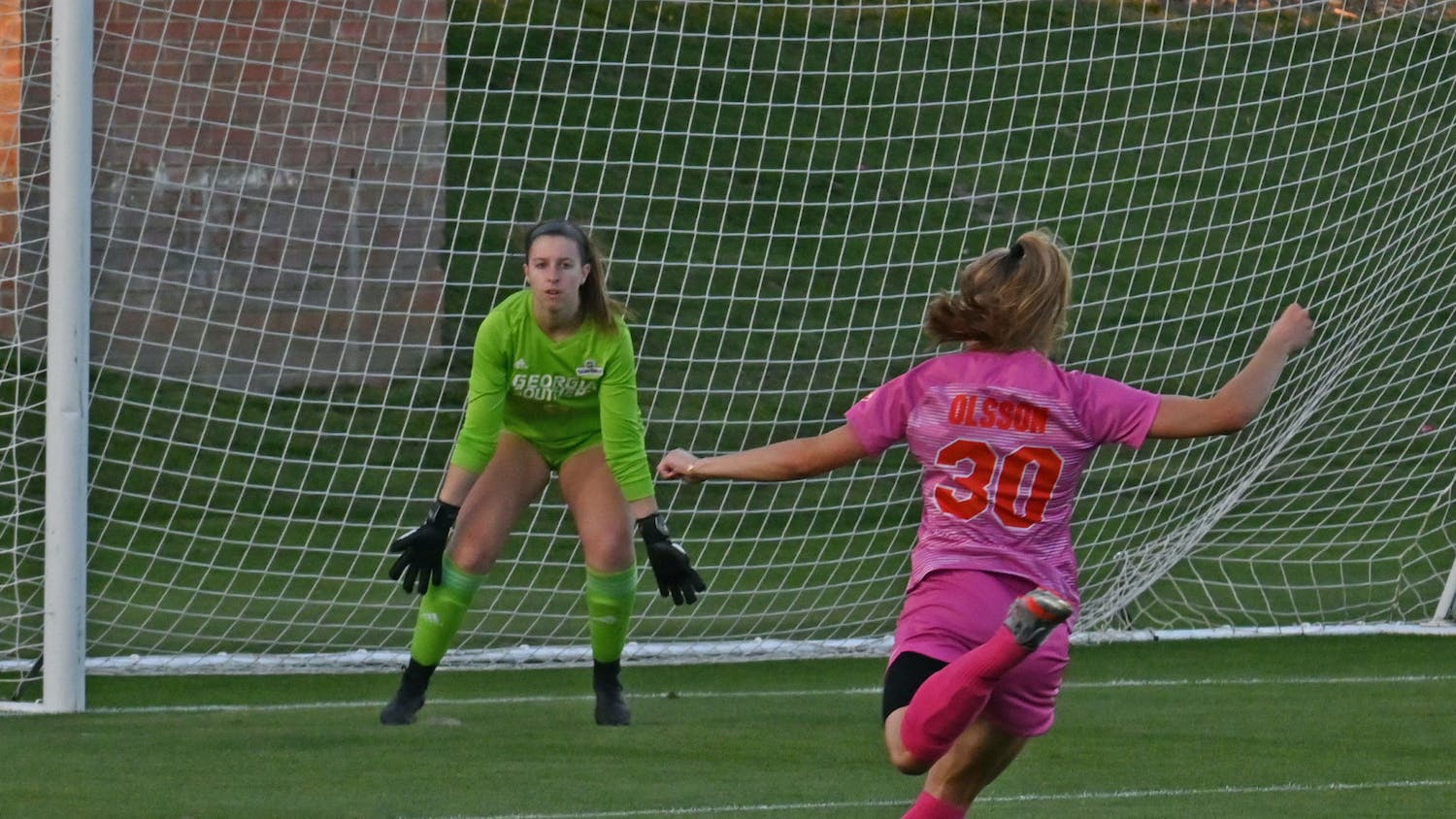