Skip to Content, Navigation, or Footer.
Donate Now
We inform. You decide.
Saturday, December 04, 2021
Developing:
The latest news on UF’s barring of professors from testifying against the state
THE AVENUE  |  LIFESTYLE

Inked in regret: How to handle a bad tattoo

Last week, Ariana Grande posted a picture of her newest body ink. The tattoo was meant to represent her new hit song, “7 rings.” Instead, the Kanji characters on Grande’s palm actually translated to “shichirin,” which means a small barbecue grill.

The pop princess later tried to fix the tattoo, but due to incorrect character placement the tattoo now says, “Japanese barbecue finger.”

Grande is by no means the first person to get a regrettable tattoo. Danny Gato, a 20-year-old UF economics sophomore, understands Grande’s situation.

After Gato moved from Miami to Gainesville, his friends, Chris Cardenas and Eddy Chamizo, decided to visit the city and obsessed over the term “swamp life.”

Once Gato returned home for winter break in Dec. 2016, the trio decided to get matching tattoos and drunkenly decided on the term “swamp life.”

“I don’t think a sober person would do this,” said Gato.

Originally they were going to get the tattoos on their necks but decided that wasn’t a good idea.

Gato’s tattoo can be found on his left thigh in blue and orange. Cardenas’ is on his left forearm and is complemented with a small campsite. Chamizo’s is on his right bicep in big black letters.

Two days after Gato got the tattoo, he regretted it. But now he has grown to see it as a part of him.

“Looking at it now, I just laugh,” said Gato.

Lizzii Barreto, a 25-year-old tattoo artist at Bodytech Tattooing and Piercing, has been tattooing for five years and mainly focuses on cover-ups and black and grey realism.

Barreto said clients cover up their tattoos because the tattoo didn’t age well, they no longer like it, they got someone’s name or they have a misspelled word.

Cover-ups can easily be done, unless the tattoo is over-saturated, too new or the client isn’t willing to work with the artist, said Barreto.

“I’m very picky on what I cover and what I cover it with,” she said. “If they’re not willing to work with you, it makes it pretty hard.”

In Grande’s case, her infamous hand tattoo could be covered, but she would need to have an open mind, she said.

“That’s not something you try to boss the artist around with,” said Barreto. “You’d have to trust your artist at that point.”

Danny Gato shows his ’Swamp Life’ tattoo on his thigh. 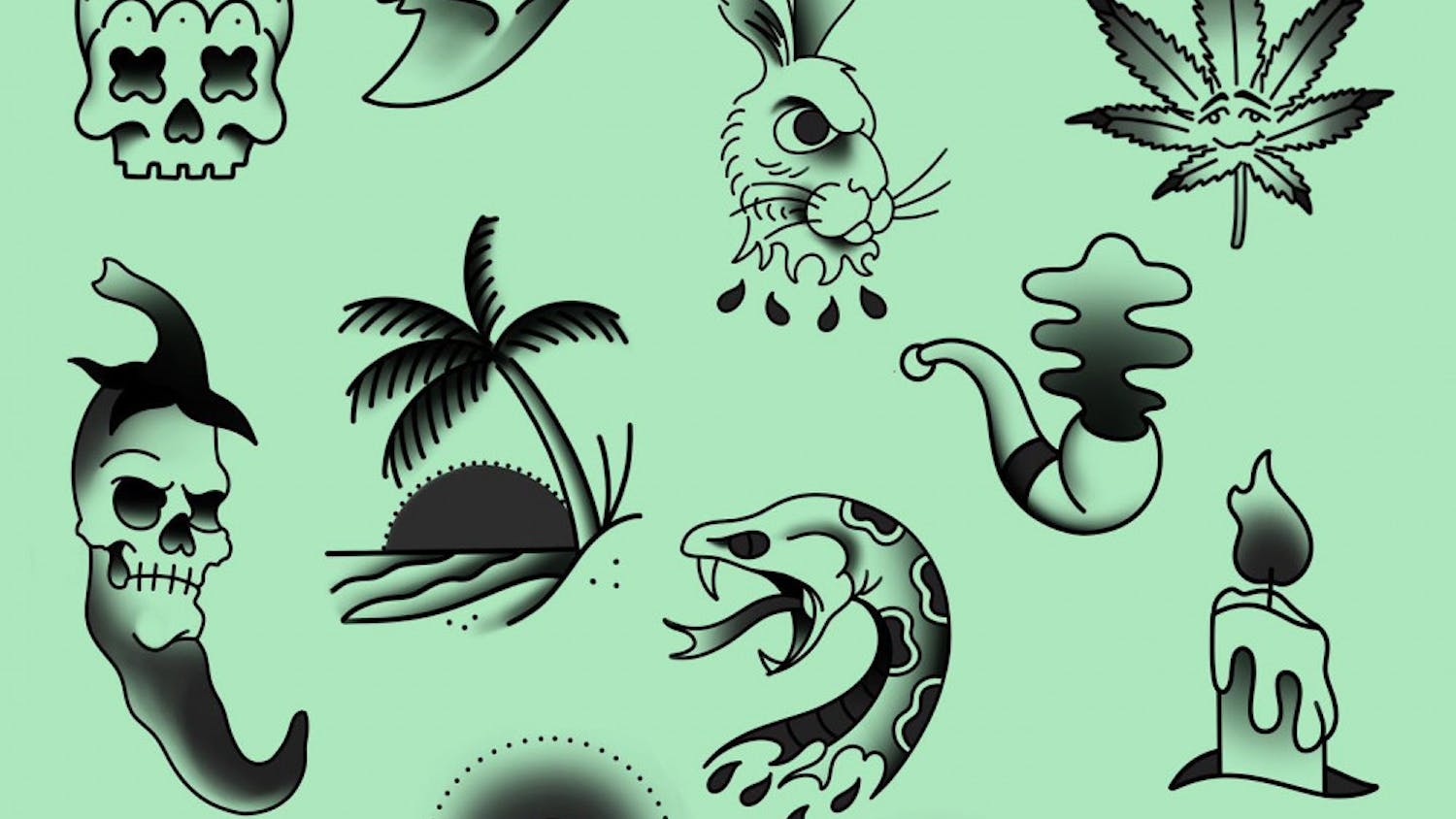 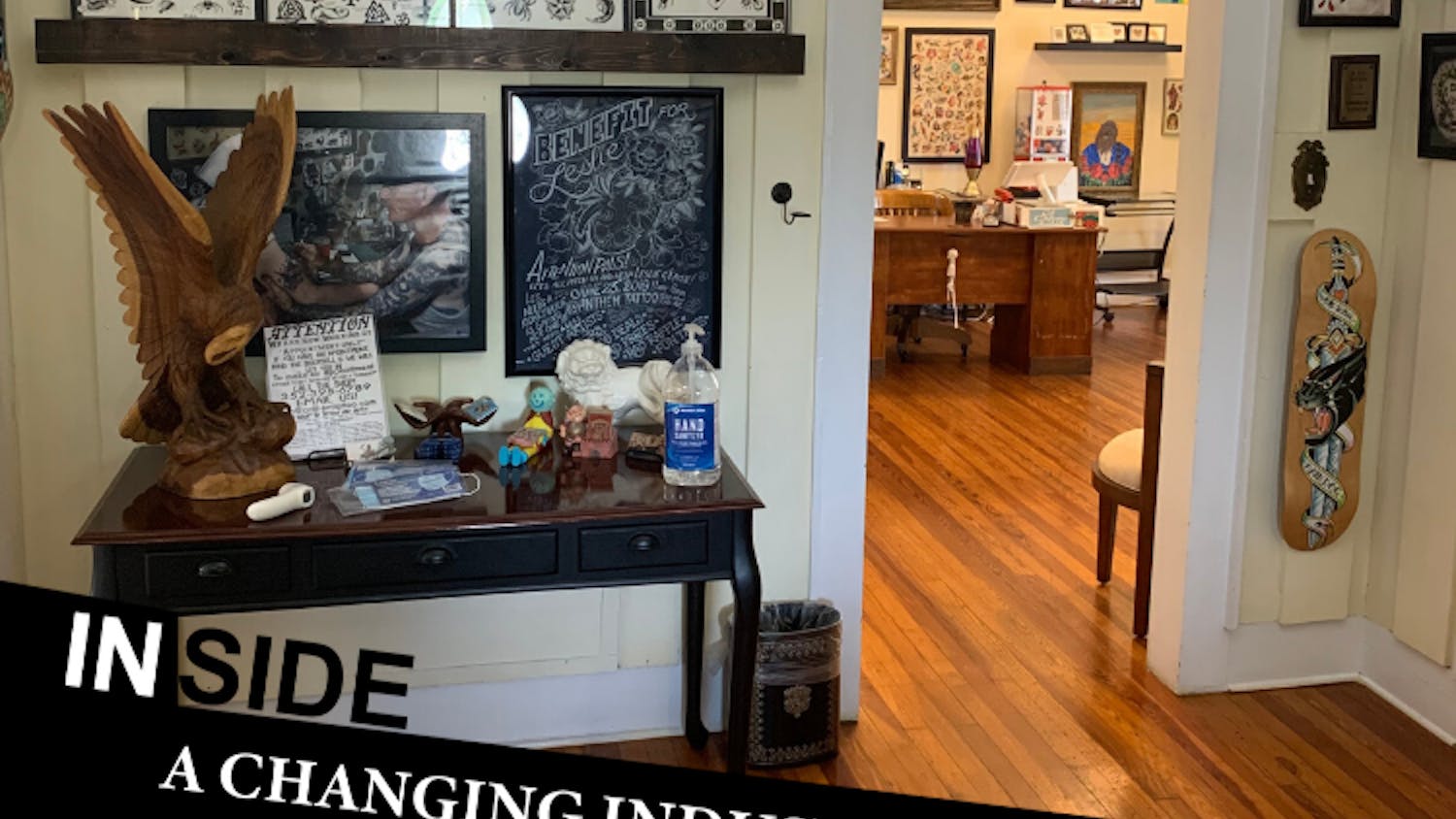