Everything was on the line in the fifth set as Florida inched further away from a conference win on the road, trailing Texas A&M 9-3.

Everything shifted when outside hitter Paige Hammons hit the service line, leading her team on a nine-point run and helping them garner the first lead the Gators (13-3, 4-1 SEC) held in the match since the second set.

The momentum propelled Florida to seal the win on the road, handing the Aggies (11-5, 3-3 SEC) their first loss of the season at home and moving to 16-1 in the series overall.

Florida’s defense kept the team in the game early on in the match, often going point-for-point in the first two sets. Texas A&M was able to stay within four points of Florida during the first set before breaking out of the mold in the third and fourth frames.

Setter Marlie Monserez has sported a bandage on her right pinkie finger for a couple of weeks now, but despite Florida’s best efforts, the damages caught up with the Gators on Sunday afternoon.

Monserez was absent for some of the third frame, forcing opposite attacker (and setter) Holly Carlton to lead the charge for the offense for the first time this season. The switch brought in attackers Haley Warner and Mia Sokolowski into the lineup.

Monserez came back for the fourth and fifth sets, but her absence in the third showed just how low this Florida team could go without her in the lineup.

Texas A&M jumped out to a 13-3 lead in the third frame and by the end of it, Florida had hit zero percent on the set. The Aggies jumped out, again, in the fourth set, garnering a 6-1 lead before Florida could get its feet on the ground. The set ended on another sour note as the Gators couldn’t get any closer than six points to Texas A&M.

Despite the highs and lows this Florida team showed Sunday afternoon, one thing was made very apparent: This team has grit.

During the fifth set, the Aggies burned two timeouts in an effort to stop the Gators’ momentum. Neither time did it work as the team continued its 9-0 run, rallying back from a 9-3 deficit.

The likes of Texas A&M’s libero Camila Gomez wasn’t helping matters either. Missy Whittemore, a Florida setter from 1992-95 and one of Sunday’s color analyst for the match, said Gomez was stealing kills from Hall. And after the match, Hall said Whittemore was right.

“She (Gomez) was all over the place,” Hall said. “It was frustrating at times. But Marlie kept putting up balls and running our offense and we finally started clicking.”

Hall led her team’s offense with 18 kills on the match — which included the final three points of the game ­— eight more kills than the next-highest contributors on her team (Hammons and Carlton).

The team has preached a need for consistency since the start of the season, but as the year continues it becomes harder to break old habits.

“Going up two sets and getting complacent in the third set, we just got comfortable,” Hall said. “You go up two sets, it’s what every team does, especially on the road.” 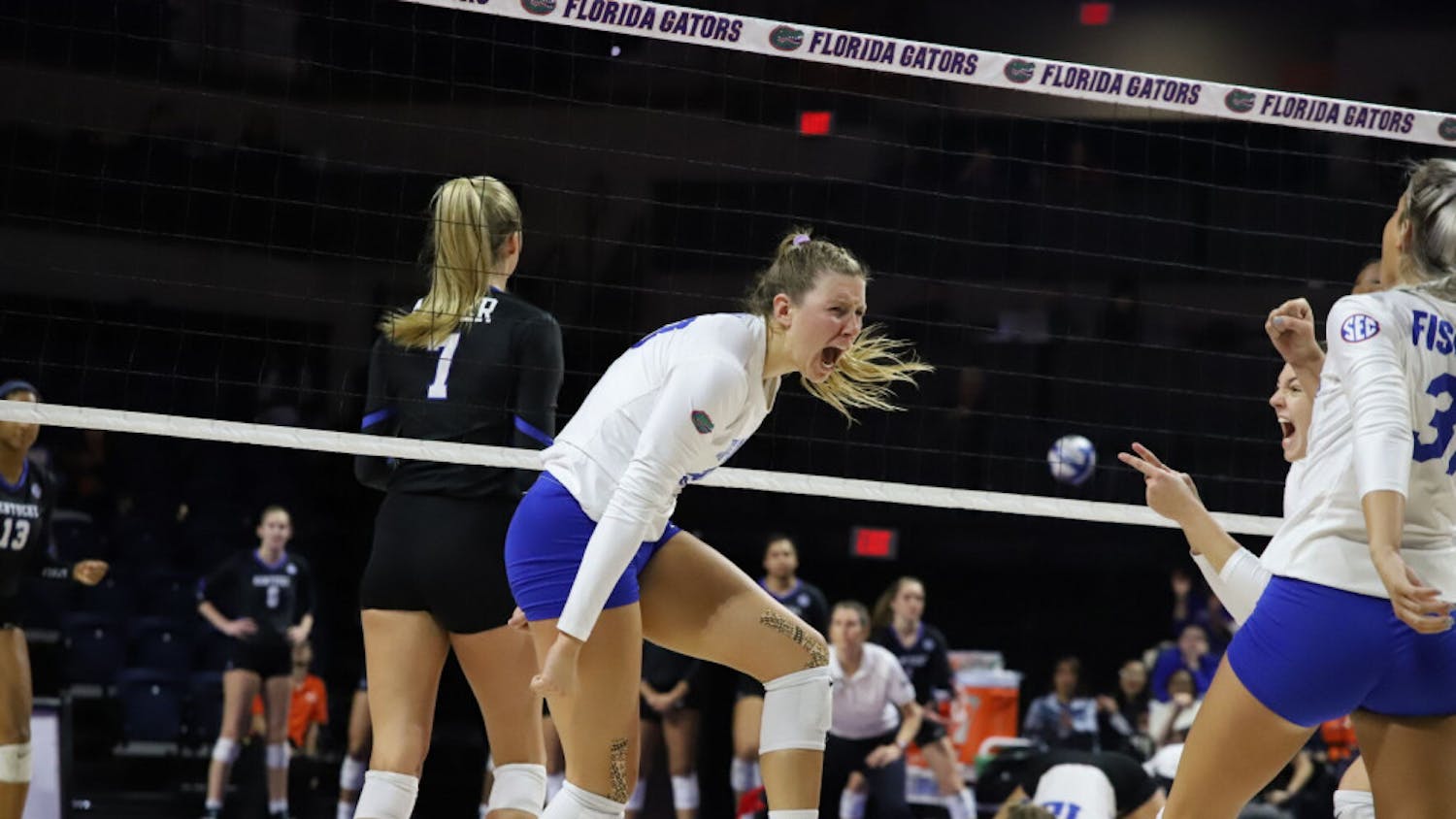