After a successful fall season, Florida’s men’s and women’s tennis teams will finish their season out west.

Multiple players for the men and women will be competing this weekend at the Oracle ITA National Fall Championships, held in Newport Beach, California, at the Tennis Club of Newport Beach.

The five-day tournament started on Wednesday and has already been a rough start for the orange and blue.

On the men’s side, No. 52 Duarte Vale and No. 70 Lukas Greif both fell on opening day, dropping them into the consolation draw. Greif was the first to suit up on Wednesday, facing No. 79 Zeke Clark of Illinois. Greif won the first set 7-6, however, Clark took the second set and won the match in a third set tiebreaker. The sophomore returned to the court on Thursday to battle Texas’ Siem Woldeab. Greif’s fall season ended in straight sets, though, losing 2-6, 2-6.

Vale was next up, riding a 13-match winning streak. The junior hadn’t lost yet this season, but that streak came to an end against No. 35 Daniel Rodrigues of South Carolina. Rodrigues took the first set 6-4 before Vale won the second set 1-6. Rodrigues then dominated Vale to take the third set and the match, 6-1. Vale then took on No. 23 Alex Brown of Illinois in the consolation draw, losing 2-6, 6-1, 6-4 to end his excellent fall season.

In doubles, No. 4 Johannes Ingildsen and Brian Berdusco lost in a straight-set decision, 6-4, 6-2, to Constantin Frantzen and Sven Lah of Baylor. Just like their single counterparts, Ingildsen and Berdusco returned on Thursday where they won 6-4, 7-6. They will continue play in the consolation bracket on Friday.

Junior McCartney Kessler was the only player on the women’s team to travel to southern California. It would end being a sojourn for her, though. No. 23 Kessler saw her six-match winning streak come to an end on Wednesday as she fell to Longhorn Lexi Ryngler in a tough three sets, 6-4, 6-7, 6-3. Kessler fell into the consolation draw, where she lost on Thursday to No. 95 Bojana Markovic of Hawaii also in three sets, 6-3, 4-6, 4-6.

This is a disappointing ending for Kessler, who was arguably playing the best tennis of her career heading into the tournament. 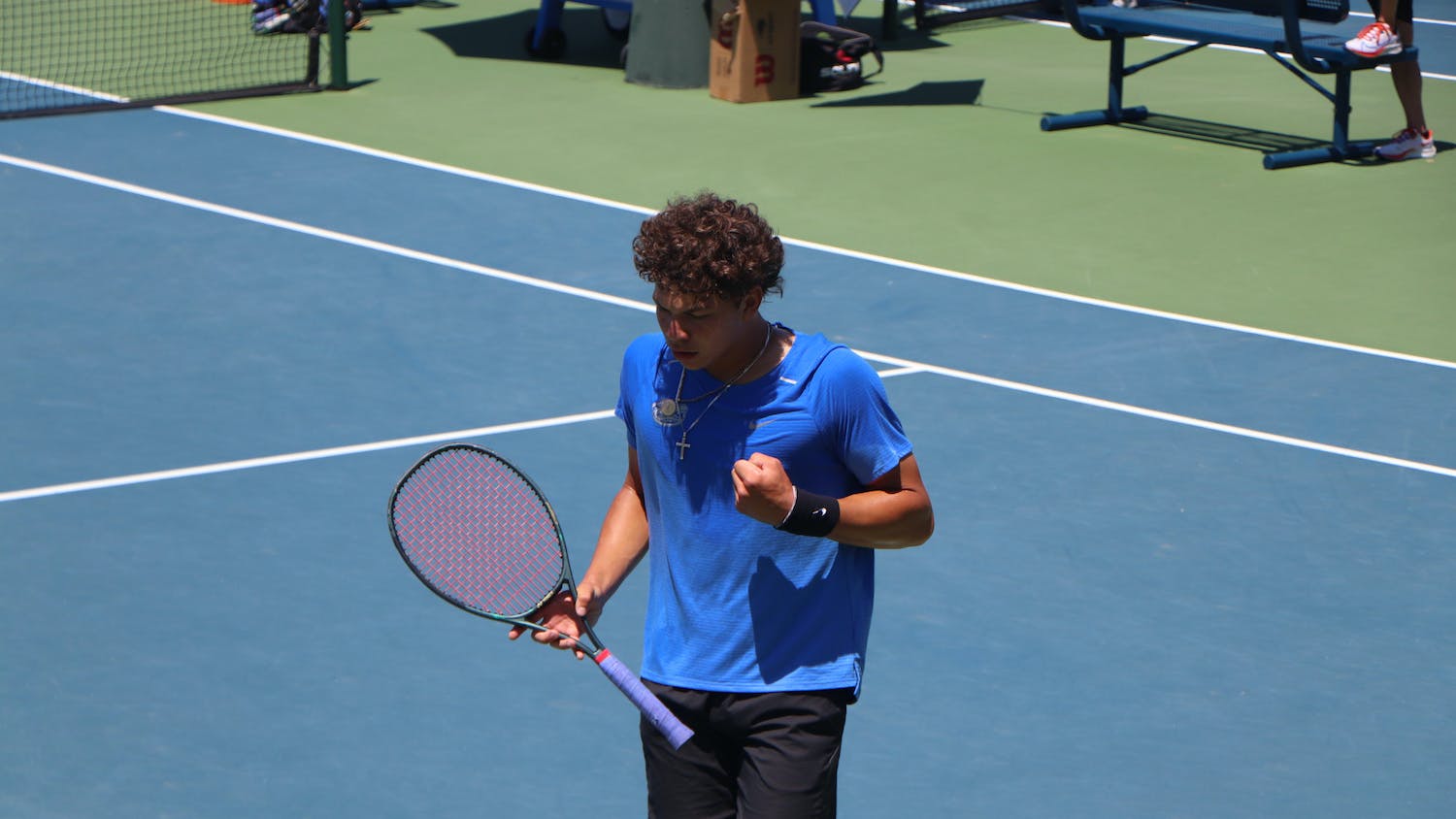 Gators sweep Jaguars, move on to Round of 32