Today is one of the days UF students can vote for which Student Government party they want to be in power, but something could be getting in the way of a fair election.

Damon Veras, Gator Party’s campaign coordinator according to his LinkedIn, posted in the Hispanic Student Association GroupMe chat Monday that Tau Kappa Epsilon members would receive an incentive for voting in SG elections.

The entire message is as follows: “Regarding SG elections tomorrow, there is absolutely NO EXCUSE for our chapter to not reach our goal of getting all of our votes in by noon tomorrow.  @Tyler Lucas is literally offering rides to the polls tomorrow morning, and you’ll have brothers with cars. Please be there for each other. Keep in mind the nice incentive spoke about at chapter that we can all enjoy. Check DTL for a refresher to your memory. Text me or Tyler if you have conflicts; check your schedules/calendars for tomorrow now to make sure you can have your vote in and everything in to Jack by noon tomorrow. Long Live TKE.”

He then texted that the message was accidentally sent to the wrong Chat. The message did not mention what the incentive is.

A reporter called Veras, but after he picked up the line went dead and he did not respond to any other messages or calls.

The Alligator also reached out to Gator Party campaign managers Trey Banco and Katie Hernandez, who both said they were too busy to speak. Gator presidential candidate Trevor Pope and Gator treasurer Jessica Jesurajan did not respond to texts or calls.

Gator Vice Presidential candidate Lauredan Official said that he didn’t know about the message because he tries to stay out of these situations.

“The only incentive I can think of is to get the best representatives,” he said.

He then declined to answer further questions for the sake of his mental health, he said.

TKE President Tyler Lucas and other members of the fraternity did not answer requests for comment either.

In a previous message in the Hispanic Student Association chat, Veras reminded members that they can get a free drink from the new Starbucks in Norman Hall upon voting, as per an SG promotion.

“Here’s a little incentive to feed your caffeine addictions! If you’re anything like me, voting just got way easier,” he wrote.

Incentives are not new in SG elections. In 2017, UF’s chapter of Kappa Alpha Theta received backlash for not allowing its sisters to eat chicken parmesan until they submitted the voting sticker that students receive at the polls after they cast their ballot.

“NO STICKER = NO PARM. If you can get your (a**) to theta for some parm, you can vote at norman and bring your sticker too,” a sister wrote in a leaked group chat post.

In 2010, a leaked audio recording showed the now-defunct Unite Party members talking about campaign tactics, such as bribing Greek life members with alcohol and withholding food until they voted.

Part of the message told TKE members to turn something in to a brother by noon, which Jackson believes is the voting sticker. She’s heard rumors of this happening in fraternities and sororities, and believes that Veras was “saying the quiet part out loud.”

“There’s a difference between advocating for people to vote and actively keeping track of people who are voting,” Jackson said. “It’s your right to decide who you want to vote for, how do you want to vote, when you want to vote. And by collecting stickers, you are not allowed to have that right.” 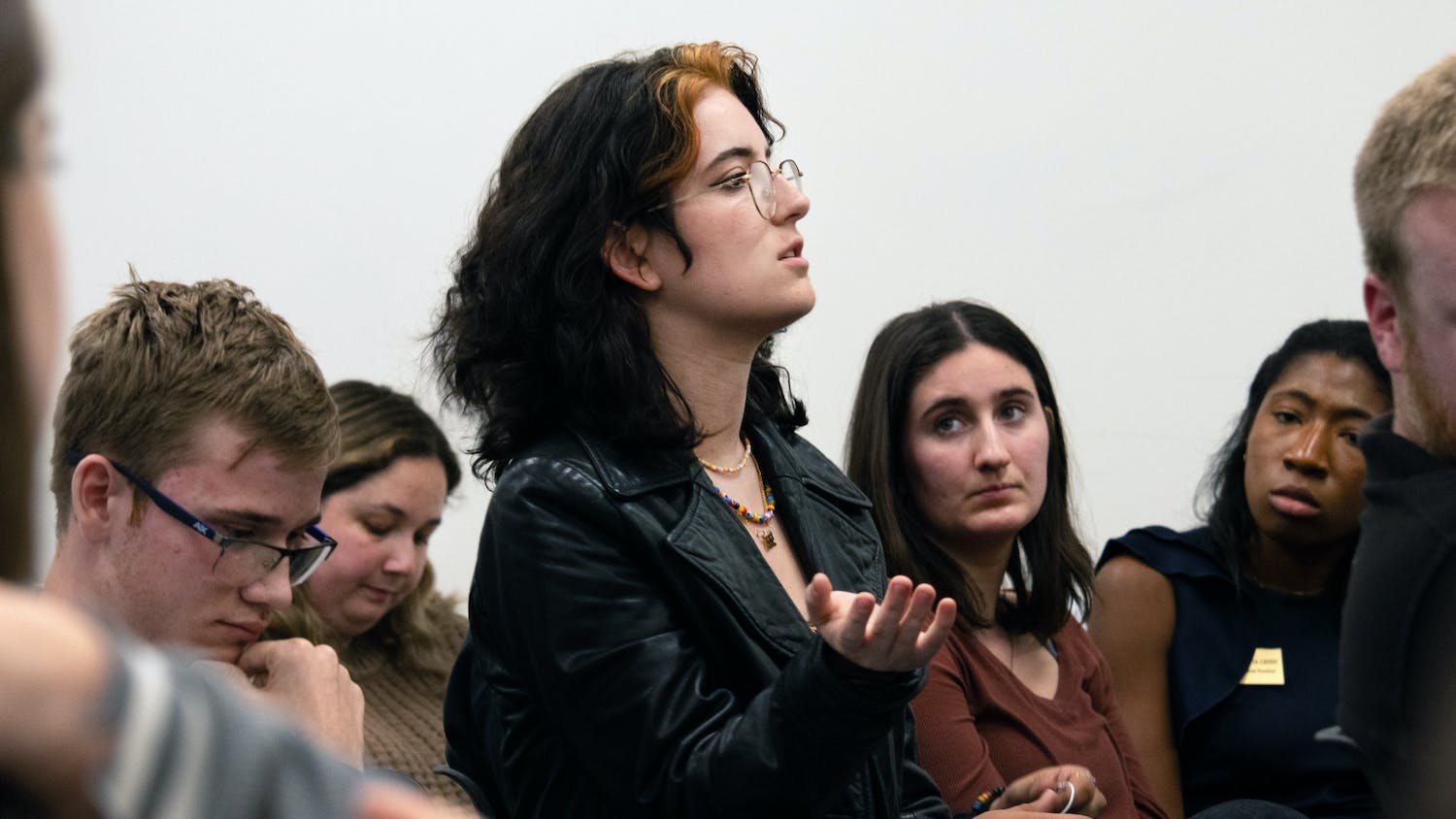