The Gators dropped their first game of the season at FSU, shaken by Johnson's injury

Florida forward Keyonte Johnson collapsed on the court Saturday against Florida State, being stretchered off and transported to Tallahassee Memorial Hospital four minutes into the contest.

The Alligator will continue to provide updates on Johnson’s condition, but as of 2:14 p.m. on Saturday, the latest update announced that he was in “critical but stable condition.” UF players are returning to Gainesville, while coach Mike White is staying in Tallahassee with Johnson. White did not address the media following Saturday’s game.

Florida State won its seventh consecutive game over UF, 83-71, but the preseason SEC player of the year led the Gators to an impressive opening flurry, scoring five points, including an emphatic alley-oop slam to give UF an 11-3 lead. Following the extended stoppage, the teams traded runs with a quick 7-0 bringing the Seminoles within one.

Florida State coach Leonard Hamilton offered to postpone the contest following Johnson’s exit, but White and the UF players elected to continue the game. “It was totally up to them. I would accept it,” Hamilton said. “It was my understanding they wanted to play.”

Four points from freshman Scottie Lewis and a three-ball from Tyree Appleby fueled a 13-4 run for the Gators and marked an impressive response from a UF team visibly shaken up following Johnson’s exit.

However, Florida State found its stroke from three and mojo on defense, as a pair of Seminole threes narrowed the deficit to a single possession. These baskets ignited a 17-0 run for FSU, as the ‘Noles’ sharpshooting combined with turnovers and missed layups for UF created an ultimately insurmountable deficit.

Lewis kept the Gators competitive, manufacturing points at the line and hitting jumpers, but Florida State opened up a 10-point deficit going into the locker room. The former five-star recruit was a bright spot on a bleak afternoon for Florida basketball, matching his career high with 19 points, four buckets from distance and three blocks

Florida State grew the lead to 15 early in the second half and maintained a double-digit advantage throughout the rest of the game. Sophomore Tre Mann ensured that the Gators hung around with the ‘Noles with an impressive display after the break. He scored 13 second half points on 6-13 shooting, adding eight rebounds and seven assists throughout the contest.

The most important takeaway from Saturday’s game will be Keyonte Johnson’s health, on a personal and athletic level. Continuous updates are being provided and the junior guard has received well-wishes and messages of support from across the sporting world.

UF will look to rebound from it’s first loss of the year on Wednesday against North Florida. Tip-off at the O’Connell Center is at 7 p.m. and the game is being broadcast on the SEC Network. 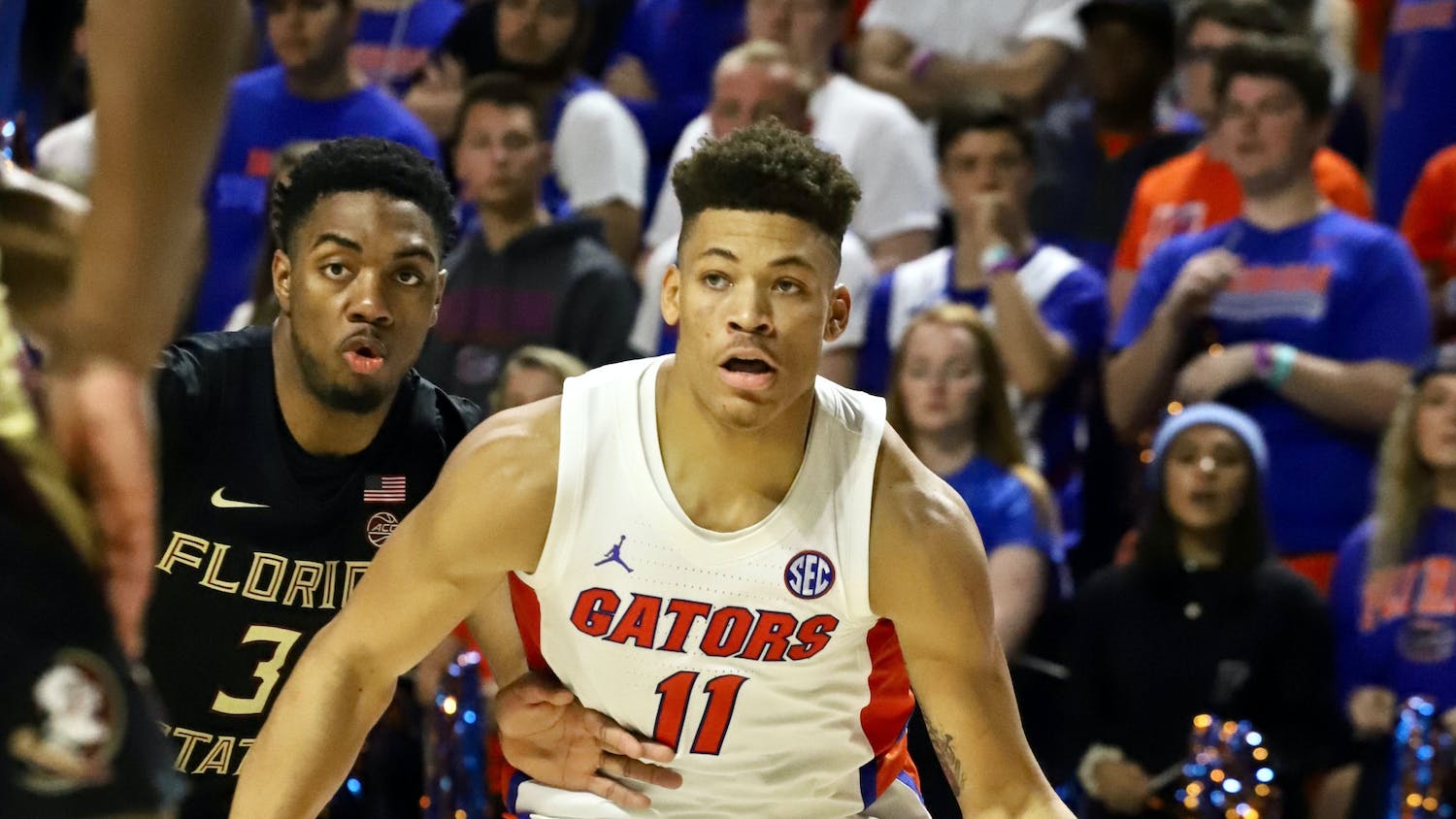 Johnson in critical but stable condition after collapsing against FSU