Some UF students feel parking ticket fines are unfair, but TAPS believes they create an efficient atmosphere for getting around campus

Paige Sam triumphs when she’s finally able to find a parking spot on campus, but she’s less than elated when she returns to find parking citations plastered onto her dashboard.

The 18-year-old UF civil engineering freshman said she received eight parking tickets in the Fall. One was for parking on the white line, but if she hadn’t, she would have hit the car parked crookedly next to her. The others were for parking in places where her decal didn’t apply because she couldn’t find availability anywhere else.

“We’re in a pandemic, and it’s not like I have $200 to give to parking citations,” Sam said. “It’s just unreasonable.”

UF’s Transportation and Parking Services lost over $1.1 million between April and August of 2020 after the COVID-19 pandemic arrived. Students like Sam are worried TAPS is attempting to make up for revenue losses by issuing more parking tickets. TAPS Director Scott Fox said this is not the case.

In a normal year, UF’s parking ticket payment revenue is approximately $1.4 million, but this year’s is projected to be less than half at about $500,000, Fox said. Despite the expected decrease in funds, Fox said TAPS does not enforce parking restrictions solely for monetary gain.

“We issue parking tickets reluctantly,” Fox said. “We know we have to issue them in order to maintain some degree of order and control, or things would be chaos.”

TAPS has financial reserves that have been heavily dipped into, which nullifies the need to issue additional parking tickets to gain back funds, Fox said.

“When you maintain 14 parking garages on campus, you need millions of dollars in reserves for the structural maintenance of those facilities,” he said. “You need money in reserve for those rainy days.”

When students angrily approach Fox about the tickets they’ve received, he often asks them what they believe campus would be like if parking wasn’t properly regulated. Without the rules in place, getting around campus wouldn’t be efficient or effective for students and staff, Fox said.

This Spring, 432 housing contracts were accepted, which means more than 400 students are returning to campus in addition to the approximately 6,700 students who previously signed contracts for Fall and Spring. This could create an uptick in parking tickets as parking lots become more crowded and students compete for spots.

UF is offering roughly the same number of in-person classes that were offered in Spring of 2020, which is contributing to the influx of students.

Though Mindy Frishman said she understands the reasons for the fees and possibility of being towed, the 20-year-old UF biology sophomore feels it can be unfair and unnecessary.

“I just wish they made more spots, but there’s no land for that,” Frishman said.

The lack of land for new parking spots, TAPS’ reliance on reserves and an increase in the student population this Spring are not enough to convince all students that UF has pure intentions.

“UF is really greedy,” Sam said. “That’s something you see just in general with the pandemic, they care more about making money than safety of their students.” 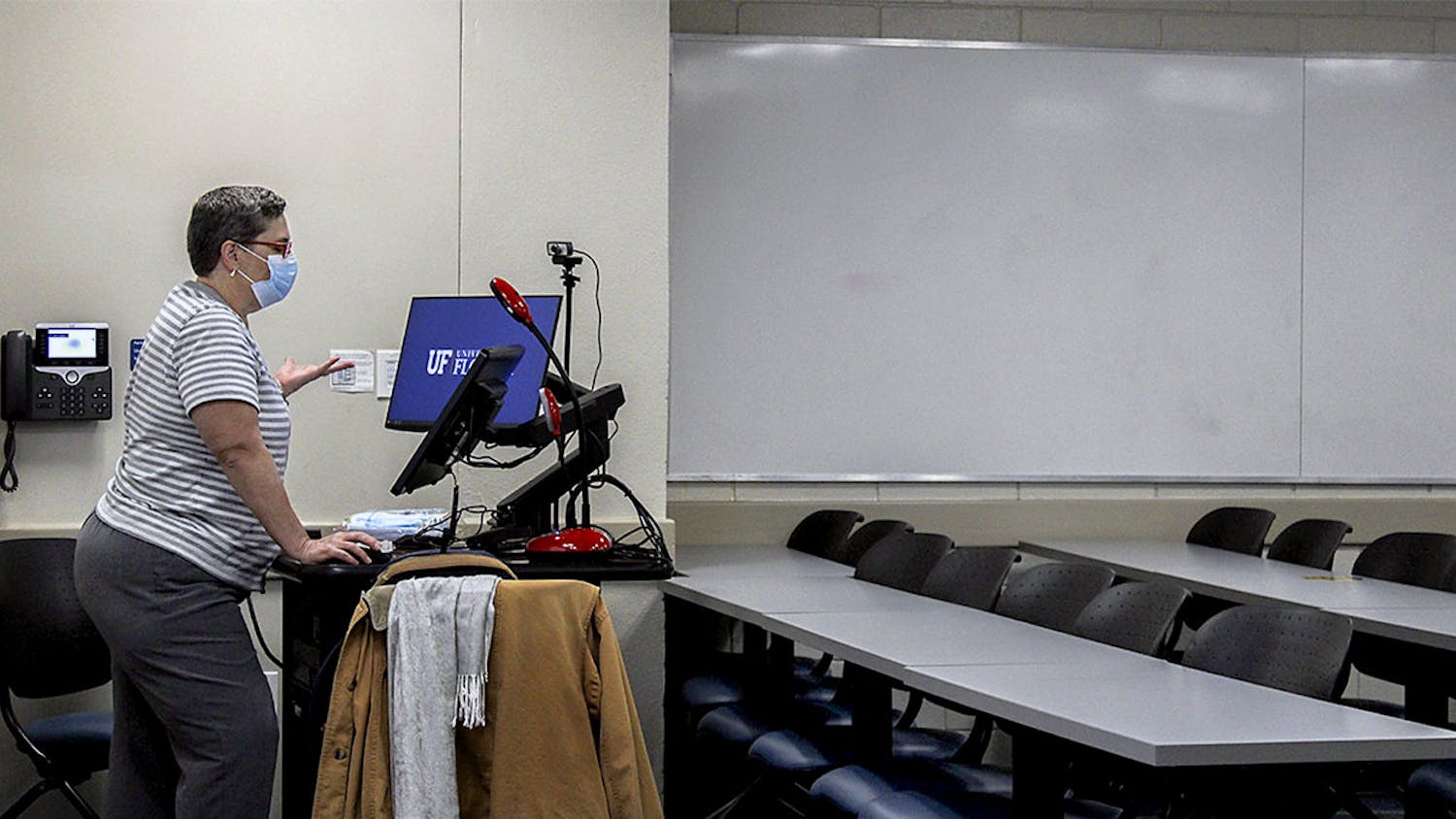 UF instructors speak out about week one of in-person teaching