At a star-studded meet, Florida posts impressive times despite finish

The action began on Friday, and Florida had a promising start in the competition. Thomas Mardal, the NCAA leader in the weight throw, came down back to earth this week after receiving SEC Field Athlete of the Week honors and finished second in the weight throw with a distance of 22.19m.

Grace Stark followed up with an impressive qualifying time in the 60m hurdles in the women’s race. Despite not taking the top spot in qualifying, Stark took first place in the final. She ran an NCAA-leading time of 7.96 and narrowly beat Chanel Brissett, the 2019 indoor champion, by .02 seconds.

While Stark shined, Raymond Ekevwo didn't compete in the 60m finals. It’s unknown why the Nigerian senior pulled up short after going past the finishing line in the qualifying round.

Saturday wasn’t as good for Florida as the day prior. However, it still proved to be a productive day.

In the field, senior Natricia Hooper finished third in the triple jump and hurled herself 13.31m on her way to picking up the eighth-best time in the NCAA this year. Connor Bandel improved on his distance in the shot put from last week and threw 19.03m on path to another third-place finish from a Florida athlete.

Back on the track, Gabrielle Wilkinson ran a personal best time of 2:05.57 in the 800m, finishing in second and the seventh-best time in the NCAA.

Florida’s breakout star Talitha Diggs continued her impressive start to her collegiate career. In the 200m, the two-time SEC Freshman Runner of the Week clocked in at 22.94, only securing third place but improving on her time of 23.14 from two meets ago. This finish was also the second-fastest in Florida history and the fifth-fastest in the NCAA this year.

A blue-and-orange runner made good time in the 200m men’s race. Last week's SEC Co-runner of the Week Joseph Fahnbulleh continues to prove faster and faster each week as he finished second in the race with a personal best of 20.42, second fastest in the NCAA this year and fourth fastest all-time from a Florida sprinter.

In the relay races to close out the meet, Florida picked up a third-place finish pair in the 4x400, where the women ran a season-best time of 3:34.02.

Florida’s next meet will be back in Fayetteville Feb.25 where it will compete in the SEC Championships. 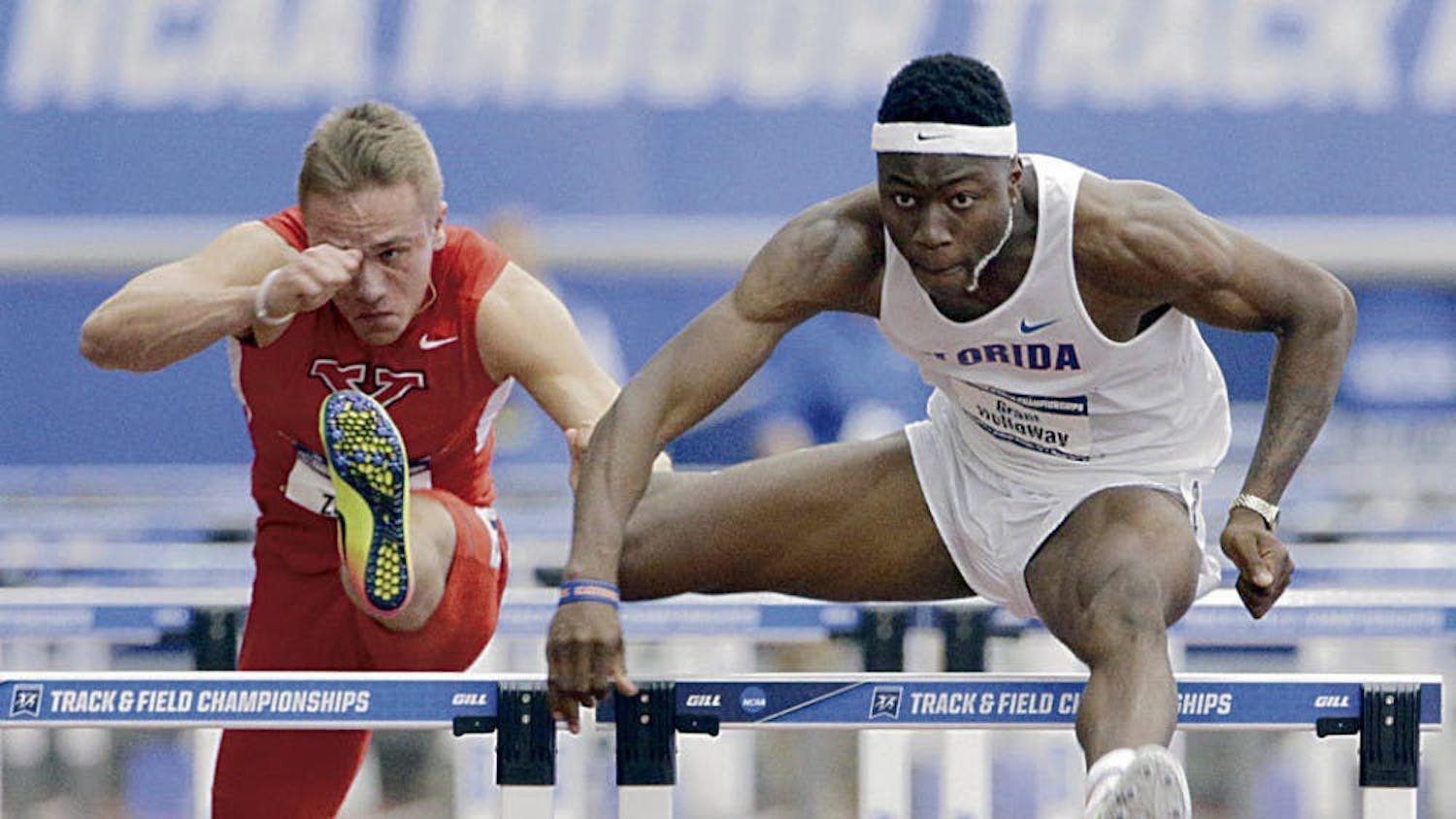