Owner Jenice Bushnell and her daughter Lisa Blum, manager, remember the last 27 years of their business as they auction off their remaining merchandise

After 27 years of selling UF merchandise to fans, students, families and tourists, Gator Mania closed its doors at Butler Plaza for the final time last week.

Gator Mania was one of the last local family-owned UF merchandise stores in Gainesville. In the last year, the city has seen the closing of many other staple businesses near the university, such as The Swamp restaurant and Daybreak Pleasant Street.

This week, the store is auctioning off all of its merchandise and store fixtures, which include shelves and racks that hold items, through Kincaid Auction Realty, a service in Lakeland.

Gator Mania and Kincaid held an in-person live auction on Saturday and Sunday, where about 80 bidders visited the store to participate.

The business released a preview for the merchandise online Friday. Online auctions will continue throughout the week until everything has been claimed. Winners can pick up their items at the store this week until the auctions end. As of Tuesday, the online auctions received more than 430 bidders.

Gator Mania’s owner, Jenice Bushnell, said more than 75% of all merchandise has been sold; however, there is still a large amount of items such as clothing, accessories and home appliances to sell. Store fixtures, such as shelves, racks, fans and security tags sold out on Monday’s auction.

In 1995, Bushnell and her ex-husband opened their first Gator Mania kiosk at The Oaks Mall. By the time their store reached its peak popularity at the mall, they had 10 kiosks, each of which sold different categories of UF merchandise — men’s clothes, women’s clothes, baby clothes, Nike products, home appliances and more. In 2005, Bushnell became the sole owner of the store, and Gator Mania found its permanent location in Butler Plaza.

Randy Kincaid, founder of Kincaid Auction Realty, said the COVID-19 pandemic has been very hard on small businesses like Gator Mania. His company has held around eight auctions with small businesses that were directly affected by the pandemic.

Kincaid has been almost exclusively holding online auctions for the past two years.

“We have very few live auctions anymore, but we thought there would be a lot of attention and attraction by the local residents because Gator Mania is located right here at the University of Florida,” he said.

Gov. Ron DeSantis issued a statewide stay-at-home order in April, and Gator Mania had to shut down as a non-essential business. After the lockdown, the store owed three months of rent with no sales to pay for it.

“We weren't the only ones affected by COVID,” Bushnell said. “Money was real tight for a lot of our normal customers as well. Instead of coming in and maybe buying three or four different items, they would only buy one, or maybe they couldn't come in and buy anything at all.”

The cancellation of many UF events affected Gator Mania’s sales too. The business got a small Paycheck Protection Program loan to cover payroll for eight weeks. But, it still had no sales after the University Athletic Association cancelled its 2020 Orange & Blue Debut game and UF canceled student graduations, tailgating parties, parents’ weekend and homecoming.

Gator Mania also relied on the surplus in sales during football season to hold the business over during its typically slower months: January, February and March.

“When we came out of Christmas, and we didn't have any savings, we knew we couldn't continue,” Bushnell said. “We were still in the pandemic. We were still working with shortened hours, and there was no end in sight.

Since the store’s relocation in 2005, Bushnell’s oldest daughter, Lisa Blum, has been an operations manager at Gator Mania. Blum said she’s worked at Gator Mania her entire life.

“I grew up there,” she said. “Even when I was a 6-year-old kid, on game days I was in the back hallway pricing shirts.”

Blum, 32 years old, began working full time at Gator Mania after she began dual-enrollment while at Santa Fe High School in her junior year. She worked there throughout college, graduating from UF with a master’s degree in information systems and operations management in 2011.

“I loved working with my mom,” she said. “I think that’s been the hardest part of closing because my favorite part of my job was getting to work with my mom and my two kids.”

Blum’s 5-year-old son Blake and her 2-year-old daughter Grace came to work with her every day until they started school.

For more than two decades, Gator Mania has been a community staple. Although the family-owned business closed its doors once and for all , Bushnell and her family will have a generation of memories to keep forever.

This article has been updated to reflect that Lisa Blum started dual enrollment in her junior year. The Alligator initially reported otherwise. 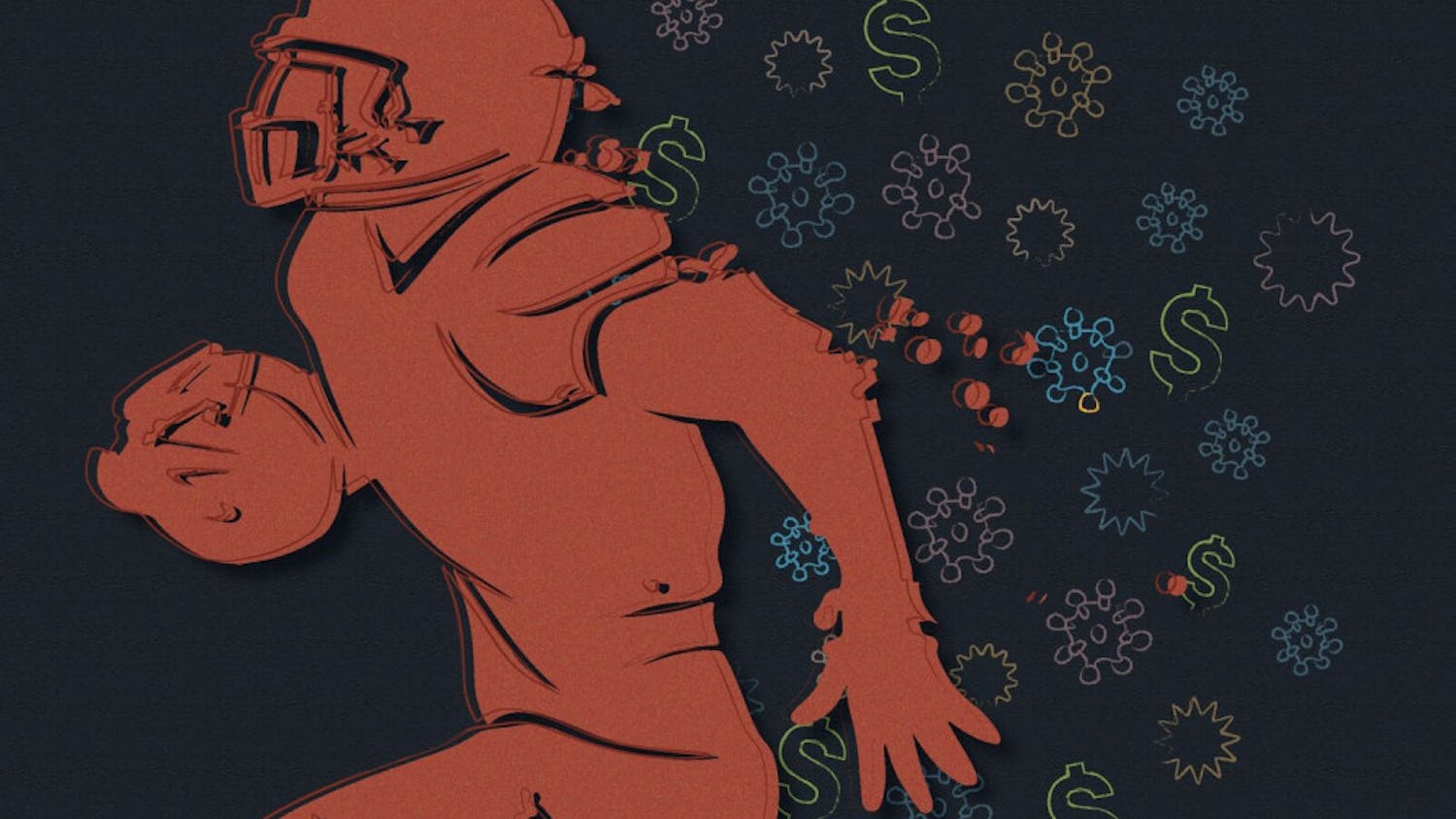