Shannon Kavanagh, the AAC Midfielder of the Year, darted from her self-proclaimed position in the draw circle into the eight meter arc. The senior wound back her stick and launched the yellow ball into Cincinnati's cage.

Kavanagh threw her stick up in celebration as she enjoyed her 200th career goal in an orange and blue uniform. She became the seventh Florida lacrosse player to ever cross that threshold.

The goals kept coming for No. 7 Florida as they toppled the Cincinnati Bearcats 19-6 Thursday and advanced to the AAC Championship final. They await the winner of the Temple-Vanderbilt game for one final showdown with the conference up for grabs.

It was a matchup full of milestones for UF. Attacker Brianna Harris notched her 100th career goal off of a free position later in the game, becoming the 14th Gator to do so.

AAC Goalkeeper of the Year Sarah Reznick made seven assertive saves in the matchup as Florida’s defense, led by Kaitlyn Dabkowski, held the Bearcats to two goals in the first half.

Halfway through the first, attacker Grace Haus sprinted down the field and ripped one home for the Gators. The senior finished the game with four goals.

But attacker Monica Borzillo, the Bearcats’ leading scorer, refused to head into the field house scoreless. With the help of midfielder Anna Platou the two put two points on the board for the black and red.

At the half, Florida led by 12. As the second half and the afternoon wore on, 12 slowly grew into 19.

Cincinnati took early possession to start the second stanza, but after 12 scoreless minutes, midfielder Ashley Gonzalez finally found the back of the net for UF.

The Bearcats gained some momentum late as Florida coach Amanda O’Leary began to pull her starters.

Four goals in the second half weren't enough to catch the top-ten Gators, however, and Florida yet again defended the ‘Diz.

O’Leary praised her team and their opponents' performance.

“Cincinnati came out of the locker room really strong and dominated the draw circle early, but we responded well, making adjustments along the way.

Florida will face the winner of the Temple-Vanderbilt game Saturday at noon. The game will stream on ESPN+. 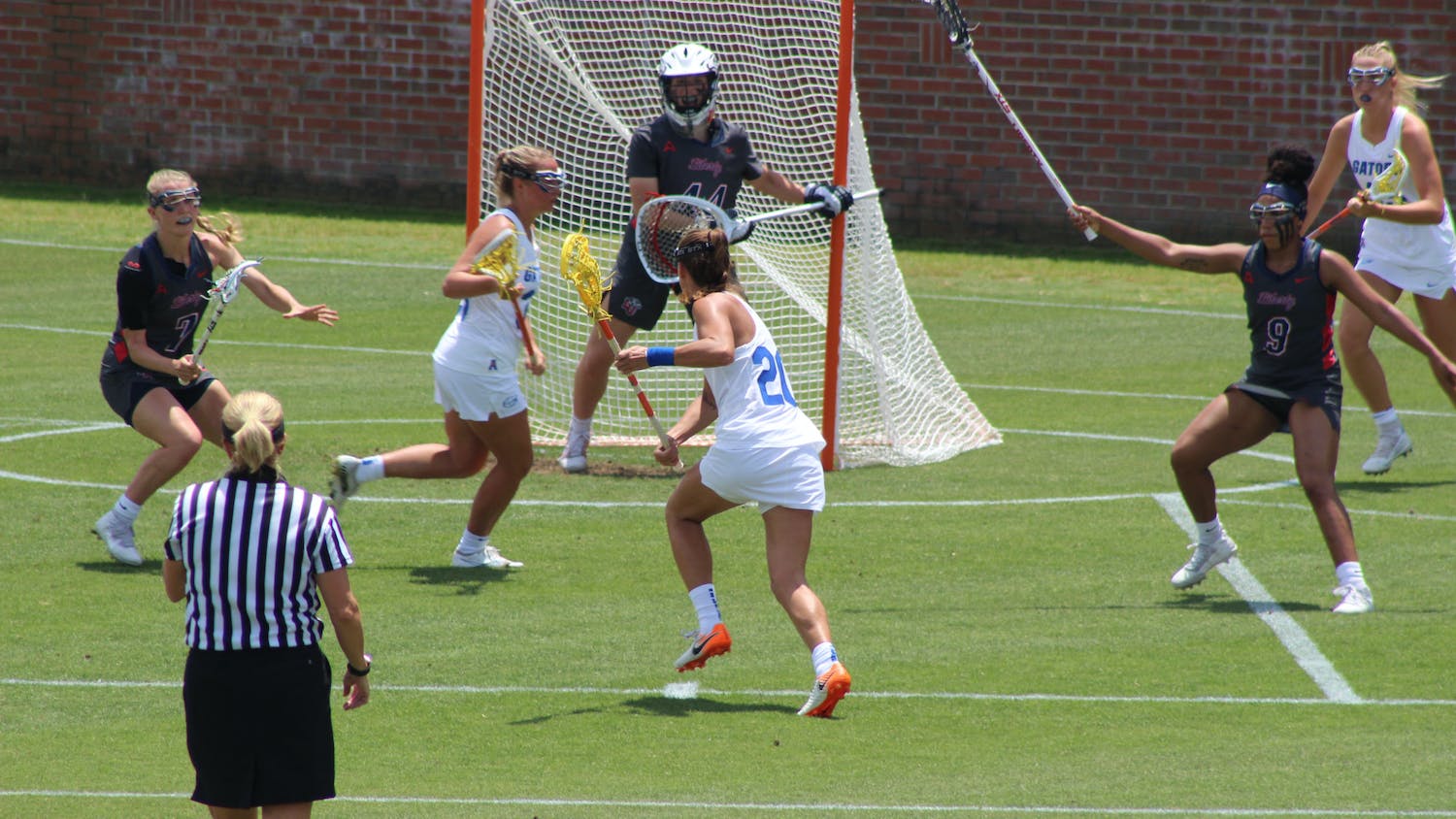