Skip to Content, Navigation, or Footer.
Donate Now
We inform. You decide.
Friday, January 28, 2022
Developing:
The latest news on UF’s barring of professors from testifying against the state
SPORTS  |  BASEBALL

The rain beat down on Florida Ballpark for almost two hours on June 5, forcing fans under the awnings and the Gator baseball team into the locker room. Thunder toyed with the sound barrier and water ponded on the outfield grass.

The game Mother Nature halted, however, wasn’t the postseason classic UF fans hoped for. In a must-win regional elimination game, the Gators trailed 19-1 with just two innings left to play.

The South Alabama Jaguars, the Sun Belt champions and the third seed in the Gainesville region, obliterated Florida in the sixth and seventh innings. The Jaguars tallied 10 consecutive hits in the sixth to score 10 runs before a trio of seventh-inning home runs bumped the lead from 14 to 15 and then 18 runs before the skies darkened.

“Lars (Assistant coach Lars Davis) was doing the math in the rain delay,” Florida head coach Kevin O’Sullivan said. “I think he came up with like a one-in-934,000 chance for 10 consecutive hits like that considering their individual batting averages.”

The game started well despite early South Alabama runs. The Gators cut the lead to a single run after a sacrifice fly from catcher Mac Guscette in the third inning. They trailed just 4-1 with two outs in the bottom of the sixth.

Left fielder Jacob Young said the team was more focused on the game rather than the idea that their 2021 season may be over.

“You never really think about the end of it,” Young said. “You’re just kind of hoping that you can limit it and the bats can get hot for a couple of innings and give yourself a chance.”

The Jaguars’ clinic at the plate in the sixth and seventh innings, however, suffocated whatever spirit for a comeback remained.

Enter the rain delay. The radar demanded play be suspended in the bottom of the seventh, and the Florida baseball team retreated to their locker room, the season’s lifespan extended for a few hours as the players sat in limbo.

“You’re not doing much when you’re down 19-1 in a must-win game,” Young said. “We just kind of kept to ourselves and were mostly in our own thoughts.”

The forced intermission and looming end of the season gave Young one topic to ponder — exactly how much his teammates and Florida baseball meant to him.

UF, through the added year of eligibility after last season’s cancellation, kept an abnormally high number of players from a season ago. Eight of the team’s nine leading position players and 13 of the 14 pitchers who appeared in 2020 returned for another season in Gainesville. As a result, the team spent a lot of time forging their locker room bonds.

Young, who said he’d met three of his best friends through the team, fought back tears and a cracking voice in his press conference talking about how much his teammates meant to him.

“We’re a very close team,” Young said. “Of course, we wish it ended differently, but you’re never going to forget the memories and the friendships.”

The game finished quickly once the clouds receded and the sun reemerged with 10 consecutive outs, the 19-1 defeat etched in stone as South Alabama celebrated on Florida’s home grass.

“It’d be rough any way it ended,” Young said. “But to end it like that, knowing we didn’t play like we can, how we have, it’s definitely a tough feeling.”

O’Sullivan knew his players wanted more for themselves from their final appearance in 2021, but he offered perspective for the unanimous preseason No. 1. He highlighted their performance in the second half of the season and the fact that the No. 15 seed hosted its own regional.

“I know the players are probably disappointed right now,” O’Sullivan said, “obviously because this is the last chance they’ll have for this group to be together, but we have a lot to be proud of.”

Florida now has a long eight-month offseason to put the South Alabama loss behind them until its next opening day and its next shot at glory. 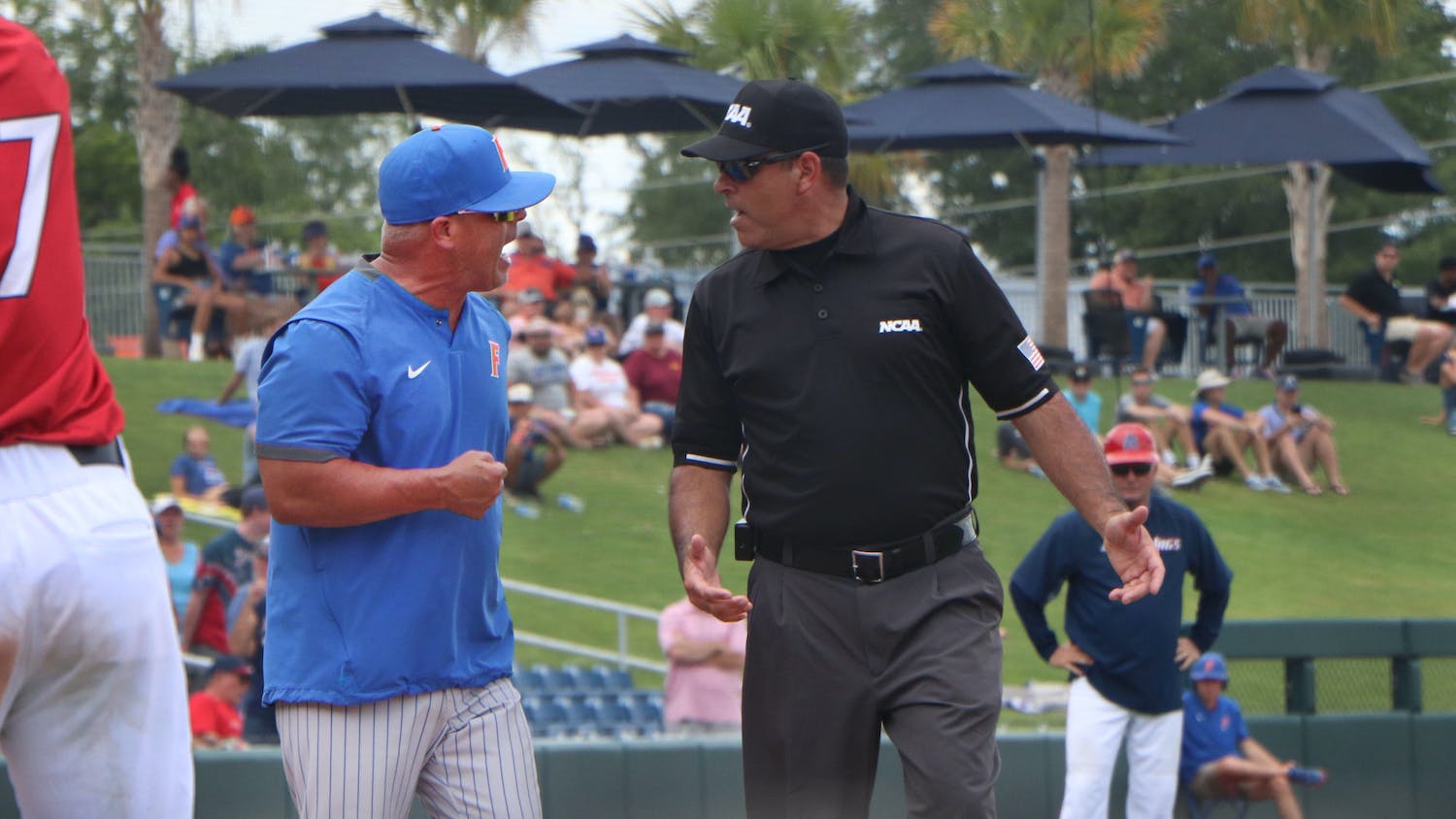 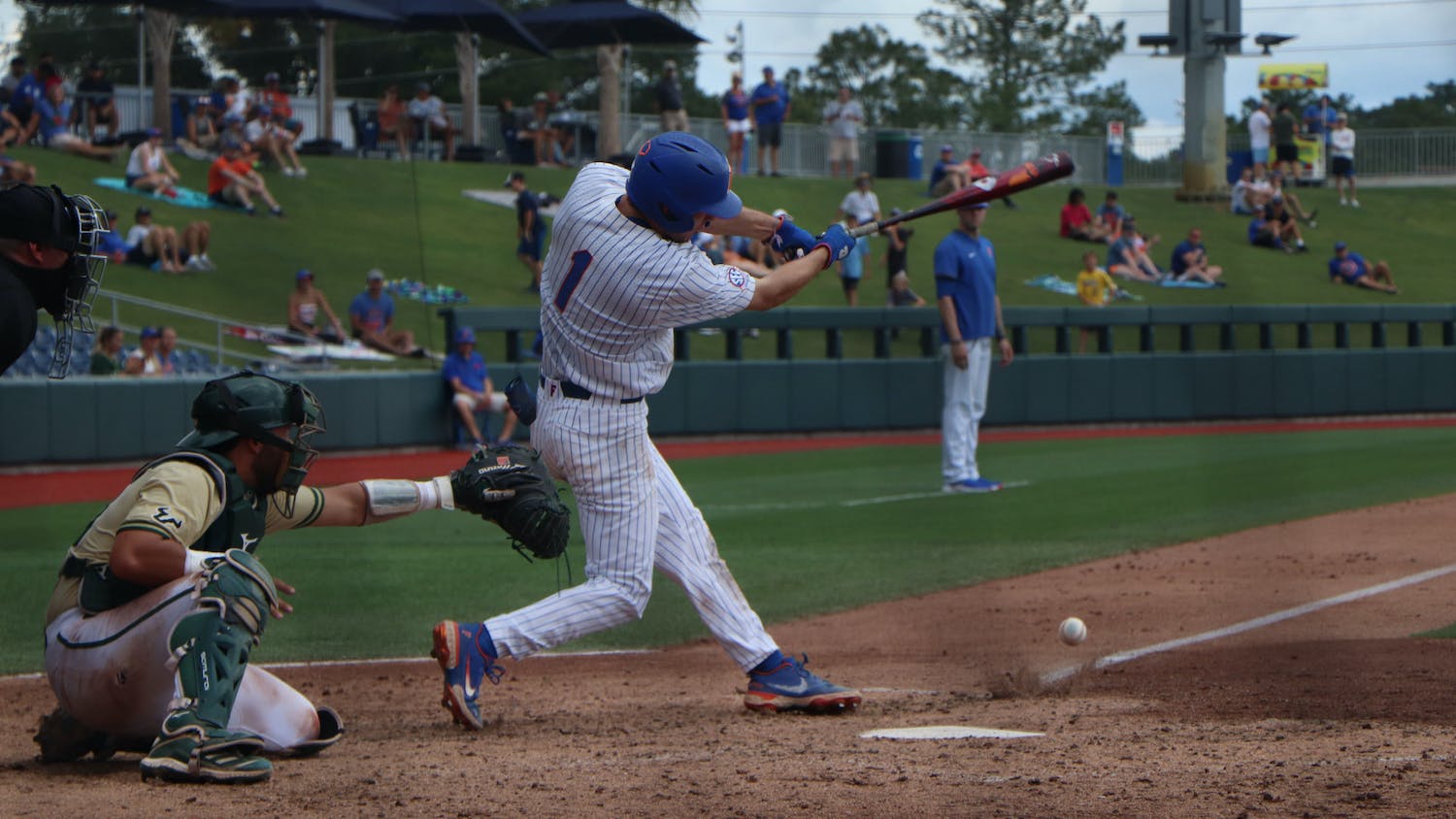