The Florida Gators kept most of their offensive plans under lock-and-key this offseason as they transitioned from prototypical pocket quarterback Kyle Trask to the more mobile and elusive Emory Jones.

While fans and media alike haven’t been given much besides small snippets on Instagram, one thing is certain: This offense is going to run the football.

“Coach really instilled in us that we need to run the ball more,” redshirt junior left tackle Richard Gouraige said Thursday. “So, every day of camp we’ve been pounding that ball really.”

Gouraige said the whole offense changed with new quarterbacks Jones and Anthony Richardson, which forced the offensive line to step up and become more dominant.

“We just look at every day of practice just trying to get better, trying to increase our game,” Gouraige said. “And how can we be just better individuals and then just hold each other to a higher standard?”

This projected new-look offense is a complete 180-degree flip compared to Florida’s aerial attack last year. Trask and the Gators averaged 388 passing yards per game in 2020 — the most in the SEC. The rushing game was nonexistent, however, and UF averaged only 120 yards per game on the ground — the third-least in the conference.

The switch to the ground-and-pound style makes sense when considering the personnel in the Gators’ arsenal. After losing their top three receiving options to the NFL in Kyle Pitts, Kadarius Toney and Trevon Grimes, Florida turns to its stable of running backs for production.

“I tell my guys all the time we got to step up,” Florida running back coach Greg Knox said Wednesday. “We got to play much better, we got to do a better job. We got to be the bell cows.”

Led by Malik Davis and Dameon Pierce, the running back room is deep and talented. Miami transfer Lorenzo Lingard, Clemson transfer Demarkcus Bowman and redshirt sophomore Nay’Quan Wright should all see action for the Gators in 2021.

Gouraige is prepared and excited for the shift to the running game. 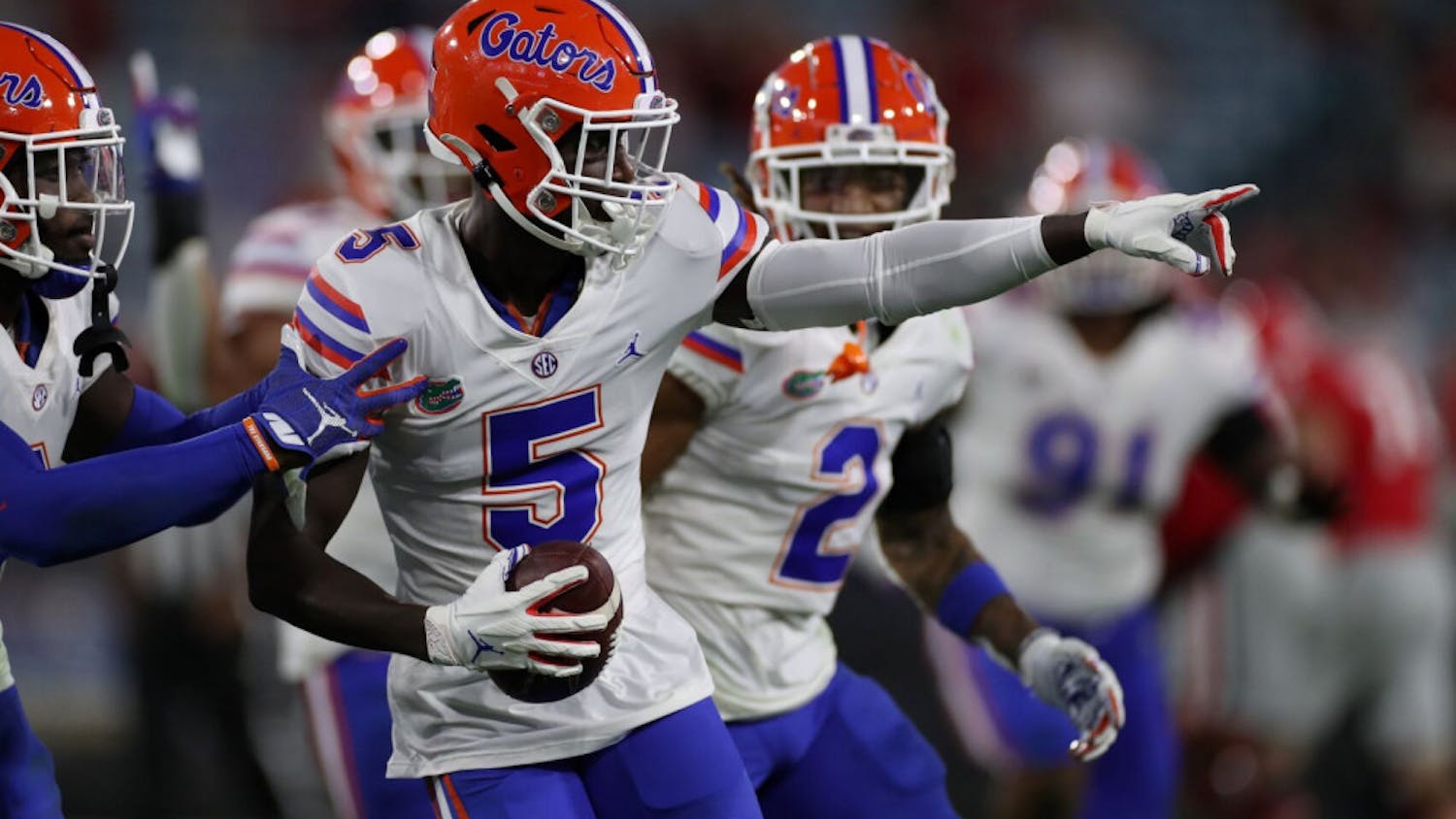 Hungry Gators run faster: Florida defense out to prove itself in 2021