At an event for the Digital Markets Initiative, Mignon Clyburn discussed the issues with internet access and potential solutions

The term “digital divide” was created in the 90s to describe a gap in internet access between communities in the U.S. But more than 30 years later, the divide remains.

Former Federal Communications Commission (FCC) Commissioner Mignon Clyburn dedicated her career to this issue. She spoke to a crowd of 51 students and staff Thursday at UF to spread awareness about the commission’s role in addressing the digital divide. The Digital Markets Initiative, an organization housed in the UF Warrington College of Business’ Public Utility Research Center, hosted the event for free.

“What I find incredibly fascinating but equally painful is that for all of these years, that term, ‘the digital divide,’ is still applicable,” Clyburn said during her speech.

The event was held in the Reitz Union Grand Ballroom, and included a virtual option over Zoom. In-person attendees received a free lunch during a 45-minute speech from Clyburn regarding the country’s broadband access gap.

As FCC Commissioner, Clyburn said she focused on accessibility more than physical infrastructure because she thought that aspect was more overlooked by the commission.

“The agency, I feel, has a tendency to put its thumb on the scale of strictly building things, you know, the infrastructure side of the coin,” she said. “But there are millions of people who could not afford broadband, even if that fiber reached their doorstep.”

Clyburn also brought attention to inmate calling, the inability of most prison inmates to call their loved ones. She said it was one of the things she wanted to fix most while with the commission.

She said her career in communications allowed her to help marginalized communities by increasing internet accessibility across the country. Speaking to UF students at the event was her way of connecting to a younger generation to initiate solutions for the problems that still remain, she said.

“I am hoping that when I leave, students have more questions than answers,” Clyburn said. “This is an agency that is responsible for distributing tens of billions of dollars into the economy... How is the agency doing it and why after 20 years are we still talking about the digital divide?”

Simmons, who served on the city commission from May 2018 to May 2021, made closing the digital divide on a local level one of her priorities. In 2019, Simmons secured donations from NCF Diagnostics & DNA Technologies, a laboratory development company.

The donations went to upgrade the Porters Community Center with tablets, charging stations and reliable access to broadband internet — called the Skybridge Program. Simmons also had community center staff trained in technology literacy to help children who use the center for homework.

After its major success, Simmons replicated the project at the Eastside and Westside Community Centers with funding from The Children’s Trust, a group dedicated to creating equal opportunities for children and families.

“We realized that the digital divide really truly begins when the child comes home from school,” Simmons said. “By putting this into community centers and giving the neighborhood residents access to internet, and specifically the curriculum, it was awesome.”

The Porters Community Center, rooted in Simmons’ own neighborhood, provided a stress-free learning environment for children during the pandemic, when many were forced to attend school entirely online.

Sharron Key, a single mother of four who lives in the Porters area, said Simmons’ improvements to the community center made her life easier — especially throughout the COVID-19 pandemic.

“We didn't have internet hotspots on our phones, you know, because as a single parent, you have to budget,” Key said. “At the time, I still didn’t have internet. So my kids would do their homework there, and if they had reports, they were printed [at the center].”

To fix the myriad of problems that accompany the digital divide, Clyburn proposed a more efficient allocation of resources and uncomfortable but productive conversations.

“You have a stake in this. You are paying for this whether you feel it or not, and you are paying for failure,” Clyburn said. “You will perpetually pay for the shortcomings if we don't get it right.” 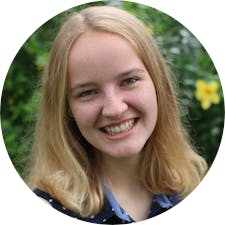