Skip to Content, Navigation, or Footer.
Donate Now
We inform. You decide.
Sunday, November 28, 2021
Developing:
The latest news on UF’s barring of professors from testifying against the state
THE AVENUE  |  LIFESTYLE

Let the bodies hit the floor.

One of Gainesville’s biggest professional wrestling events, FEST: We Are Family, returns to Knockin’ Boots Saloon for its fourth edition after a prolonged hiatus due to the COVID-19 pandemic.

FEST: We Are Family has been a fan-favorite event of the weekend during the local punk festival simply named, The FEST.

For nineteen years, The FEST has been organized annually in downtown Gainesville to bring together top alternative acts for three days of music and stand-up comedy.

This year, hardcore punk staple Gorilla Biscuits and Philadelphia natives The Wonder Years will headline the lineup of more than 60 artists.

But emo music fans can take a break from stage diving and moshing on Oct. 30 to spectate professional athletes swinging steel chairs over each other’s skulls and deliver flying elbows from the top rope.

The two forms of entertainment seen at FEST are wildly different, but their merge has become an annual spectacle for punk rockers in the Swamp. Several years ago, FEST promoter Tony Weinbender was inspired by the joy of comedic wrestling.

The first FEST bouts were jokes featuring powerhouses Godzilla and Mothra: two random guys simulating a kaiju battle in a wrestling ring with fake cityscapes made out of cardboard.

But the comedy was the perfect bait for anyone attending FEST and the audience was hooked. The hardcore wrestling fans and casual music lovers kept their eyes glued to the ring to see who would win the battle over a cardboard Tokyo, Japan.

The following year, various Luchador wrestlers from Mexico were brought in to entertain the masses. Weinbender felt it was even more successful than parody wrestling, but the show was about to be cut from the FEST schedule.

Nonetheless, Weinbender was determined to get the wheels rolling for a new independent wrestling show with the inspiration of two words.

“We decided, f--k it, we’ll do our own wrestling,” Weinbender remarked.

Phone calls were made and links were clicked to hire performers, referees and most importantly, rent a wrestling ring. Independent wrestlers from across the nation joined the craze, like current All Elite Wrestling performer Ruby Soho.

The do-it-yourself company even has its own championship belt, which will be defended in the main event. Reigning champion Taylor Gibson, also known as Effy, handpicked his opponent MV Young, who will put his ENJOY championship on the line in a belt-for-belt competition.

Effy has been on the rise in the local wrestling world thanks to his flamboyant but lovable persona. The “Weapon of Sass Destruction” embraces the boos and cheers alike, rocking a blonde mullet, smooth mustache and a bright pink leather jacket as he walks to the ring.

Before dominating the competition in Gainesville, Gibson and his friends were only concertgoers. He loved the environment filled with waves of black t-shirts which rushed through downtown like a darkened tsunami.

As a member of the LGBTQ+ community, Gibson was drawn to the accepting wrestling world surrounding Gainesville, since other rural communities in Georgia and Alabama were less accepting of his character.

“I was hitting a wall with my artistry, where I wasn't necessarily always allowed to be myself and I was asked to portray idiot characters or gay leaning versions of myself that were a little more past what I would typically do.”

Gibson has a degree in public relations from the University of South Carolina, and he used every technique to type out a professional email and become a part of the FEST wrestling family.

He was welcomed with open arms.

Now, Gibson has bled and bruised his way to the top of the locker room to become the reigning FEST Champion. He will defend his title on Oct. 30.

Professional villain CJ O’Doyle, also known as an All Around Jerk, said if you’ve never been to a FEST Wrestling event, “I don’t know what the hell you’re waiting for.”

O’Doyle returns with 255 pounds of brute force, and even outside the ropes, he stays true to his nefarious mantra. When asked if he’s a regular at The FEST, he responded:

“The only thing I’m a regular at is kicking a—.”

That statement will be tested when O’Doyle and 14 other wrestlers step in the squared circle for the Liquid Death Battle Royal, where only one contestant will be left standing.

The roster is slowly being revealed on the FEST Wrestling Twitter account, but with every wrestler announcement, O’Doyle said he just sees another obstacle waiting to be hit with a Celtic Crunch. It doesn’t matter if it’s current FEST champion Effy, Minnesota native Arik Cannon or fan-favorite Hot Dog Starkes: In O’Doyle’s eyes, everyone is doomed.

“Whether it's any of the aforementioned or someone who I haven't mentioned, doesn't matter,” O’Doyle said. “Because at the end of the day, they're all going through a door.”

Although ECW was a staple amongst the professional wrestling community, O’Doyle believes that FEST is a completely different breed, much like himself.

“They say comparison is the theft of joy,” O’Doyle said. “I don't feel that FEST is just another wrestling company, I feel it's an attraction. Even when (FEST) first has its own standalone shows without the music, it's still in its own unique attraction and it warrants eyeballs from not just all over the country, but all over the globe because of its uniqueness and its all-around completeness.”

Full weekend passes are available on thefestfl.com and single tickets for FEST Wrestling are on sale for $30. 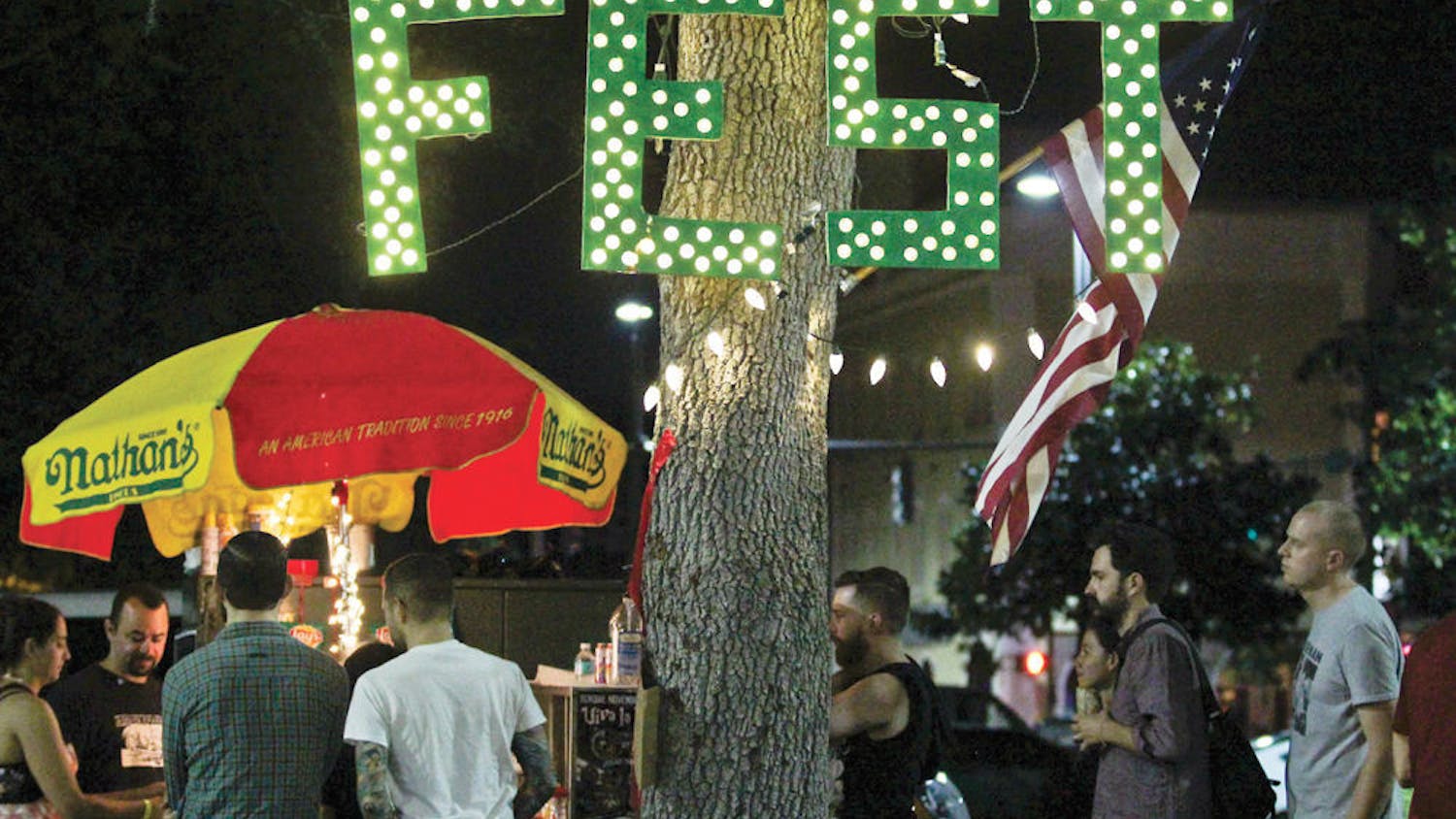