Despite a disappointing loss on Sunday, Florida baseball picked up a key series win before the schedule gets tough

The Seton Hall Pirates (1-12) dropped anchor in Gainesville Sunday and picked up their first win of the season over the No. 9 Florida Gators (13-4), 6-4.

The Pirates entered the day winless so the loss is a disappointment for Florida. However, the Gators still picked up the series win thanks to their doubleheader sweep Saturday.

Redshirt sophomore Nick Pogue made his first weekend start of the year and lasted just 1.2 innings, allowing a run in the process. The Pirates got their first run on the board in the second inning, an RBI groundout from catcher Collin Sheehan.

Sophomore Timmy Manning took over for Pogue and did not have much more success, allowing two runs on two hits and two walks in just an inning of work. Neither of the Gators’ first two pitchers recorded a strikeout, and Florida totaled just three on the day.

Two more runs came across in the third inning thanks to an RBI single by left fielder Will Gale and a walk from Sheehan with the bases loaded. After three innings, Florida found itself down 3-0 to a winless team.

Seton Hall’s pitching staff struggled all season long and especially Saturday but did good work limiting the Gators’ offense Sunday. Brennan O’Neill did the heavy lifting for the Pirates, working five innings in relief while allowing three runs on four hits and striking out nine.

The Gators struggling with the strikeout late in the game was costly and something they’ve struggled with early in the year. While it went away during their hot streak, the strikeout came back to bite them in Sunday’s loss.

Florida cut into Seton Hall’s lead multiple times, but the Pirates had an answer each time.

After the Gators got on the board in the fourth with a sophomore Wyatt Langford homer, the Pirates added another run in the fifth. This time it came via a single by designated hitter Staus Pokrovsky to make it 4-1.

The Gators scored two in the sixth inning to make it a one-run game, but again Seton Hall had an answer in the top of the seventh. Gale came through with another RBI single, then Pokrovsky reached on an error that brought a run across.

Florida got runners on in both the seventh and eighth innings, but failed to scratch runs across and get back in the game.

The Gators threatened in the ninth, setting up junior Jud Fabian with runners on the corners with one out. Fabian represented the tying run but managed just a sacrifice fly that only got one run across.

Sophomore Sterlin Thompson was the last chance for UF, but grounded out and Seton Hall celebrated its first win of the year.

Despite the disappointing end, the Gators still picked up a key series victory as they look towards conference play.

The stars shined bright in the series for Florida as Hunter Barco dealt in game one Saturday, working 6.1 innings of shutout ball while allowing just two hits.

Fabian also had a great series and now has his batting average up to .304 on the year. He struck out just once in the three games and homered twice. The Ocala, Florida, native continued to show great plate discipline, taking two more walks Sunday and four total in the series.

Fabian now has 18 walks to just 14 strikeouts on the season, something that is huge to show pro scouts. The biggest question about Fabian coming back this season was going to be how much he could improve his plate discipline and so far the decision is paying off for him.

While Fabian was tremendous, Langford was even better. He had seven hits in the three games, including two homers, a double and a triple.

The Gators’ left fielder, who won the job this offseason because of his bat, is showing that head coach Kevin O’Sullivan made the right call. He is now hitting .377 on the season and is tied for second on the team with five home runs.

After dropping the first series of the season to Liberty, Florida has gotten its season fully back on track as conference play looms. UF will likely move up into the top-10 in this week’s rankings.

However, things are about to get very difficult for the Gators.

They face No. 9 Florida State Tuesday before heading to Tuscaloosa, Alabama, to face the Crimson Tide in a weekend series.

While the Tide are not ranked, it is never easy to go on the road in the SEC. It will be a massive test for Florida to see where it stacks up in the conference.

A key for the Gators will be getting the Sunday starter sorted out.

Freshman pitcher Pierce Coppola was supposed to fill the role but is currently sidelined with a back injury. Then, Manning was supposed to be the Sunday guy but is struggling to start the season with an ERA over five.

If the Gators fail to organize the third starter spot, it could prove to be the achilles heel of this team. They will need three solid starts every weekend come SEC play, and without it they will struggle to win many series.

Tuesday’s game against UF’s instate rival FSU is the first of a three-game set that will take place throughout the season. The Seminoles come to Gainesville at 6 p.m. Tuesday, then the two teams will face off in Jacksonville on March 29, before finishing the series in Tallahassee on April 12. 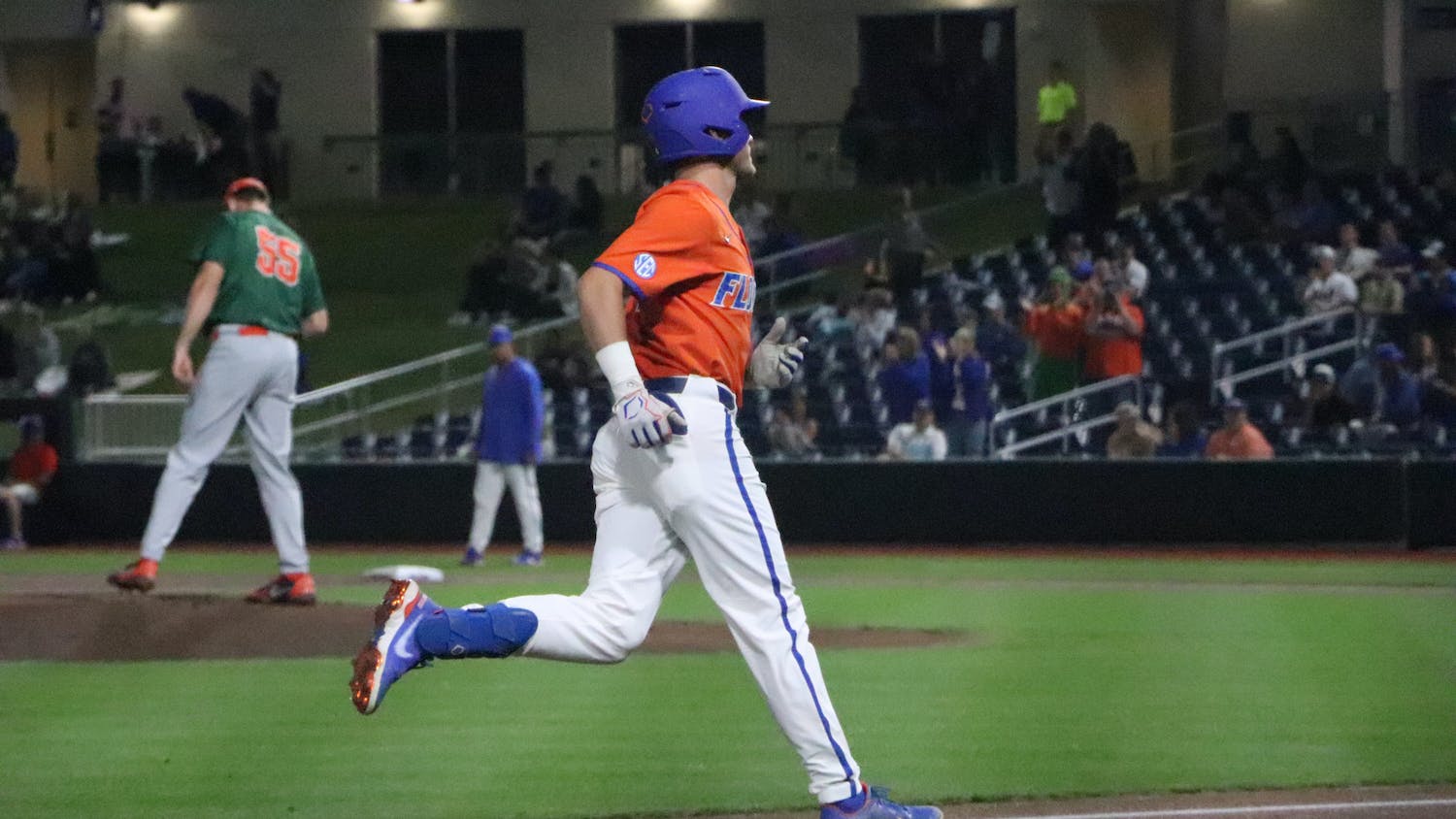 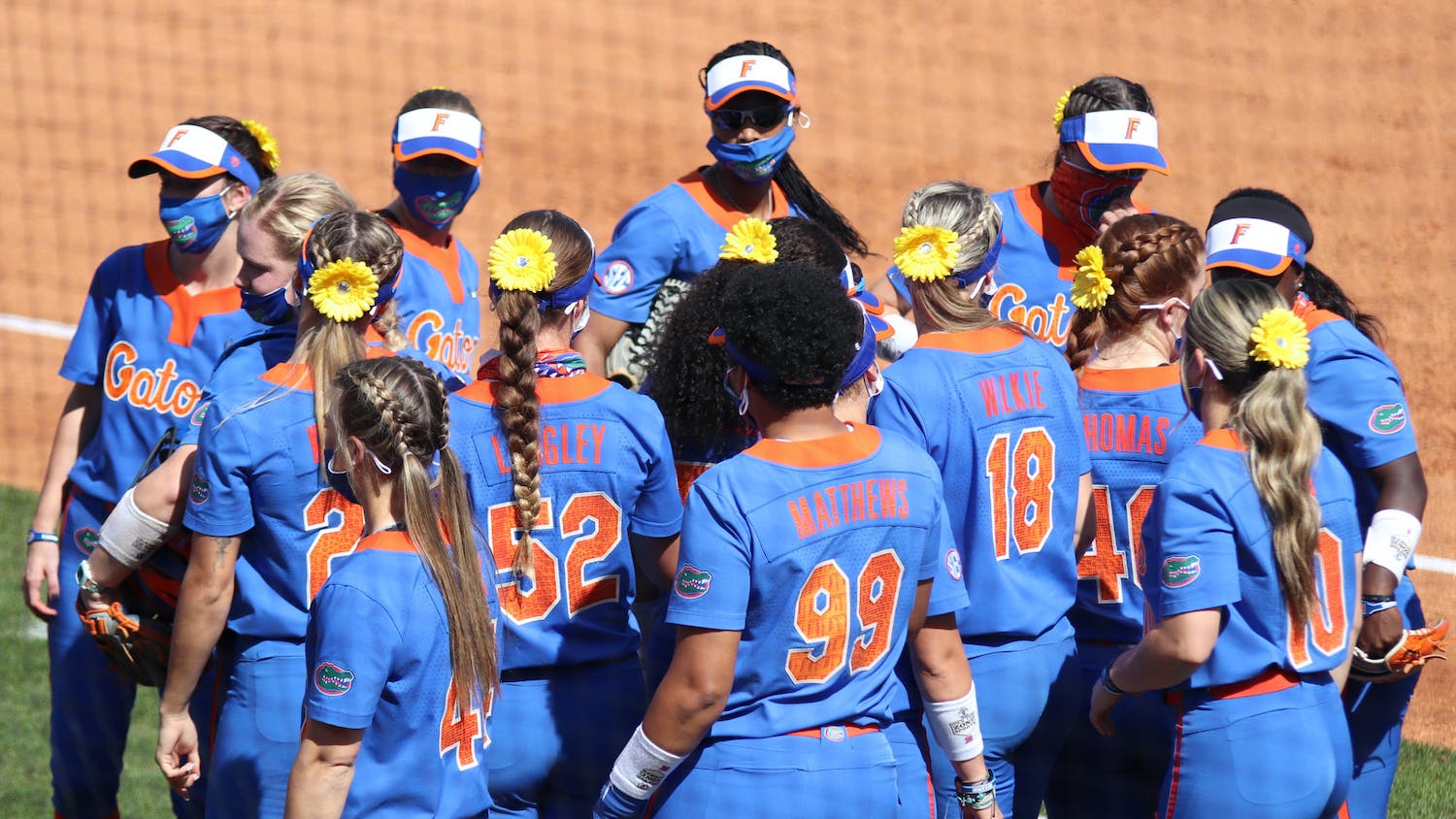