Skip to Content, Navigation, or Footer.
Donate Now
We inform. You decide.
Sunday, January 29, 2023
THE AVENUE  |  ART AND THEATER

The play, based on Ray Bradbury’s dystopian text, will run from Sept. 2 to Sept. 18

Red-tinted bulbs illuminate The Hippodrome Theatre, igniting a buzz of excitement on preview night. An open-book sculpture sits atop a white podium in the building’s art gallery.

“Oh, the words were there allright, but they ran over my eyes like hot oil, signifying nothing,” a burnt, yellowing page reads. “Offering no help, no solace, no peace, no harbor, no true love, no bed, no light.”

Novelist Ray Bradbury’s words will ring throughout the Hippodrome over the next two weeks as the playhouse puts on the first co-production of its 50th season: “Fahrenheit 451.” Featuring a nine-person cast, the show will run from Sept. 2 to Sept. 18. A book club, panel discussion and afterparty will accompany the play, alongside an art exhibit located inside the theater.

Set in a future dystopia, “Fahrenheit 451” takes place in a world so strict and technologically advanced, firemen are ordered to burn book collections. Since its publication in 1953, the novel has faced numerous attempts at redaction and banning due to its alleged vulgarity and themes of state-sponsored censorship.

Thirteen pieces created by local artist and arts supply store owner Celino Dimitroff, 63, line the inside of the Hippodrome’s art gallery. A mix of sculptures and paintings, Dimitroff’s crafts were the product of three weeks of work.

Five of the sculptures in the art exhibit contain an element from the book, including its front and back cover and inside pages. Each one of the pieces sets the tone for the play, which director Ralf Remshardt said couldn’t come at a better time.

“Both in Florida and this country, there are a number of parent organizations and school boards that have banned anything from Toni Morrison to ‘Fahrenheit 451’ itself,” Remshardt said.

In April, the American Library Association reported 729 challenges to library, school and university materials nationwide in 2021  — the highest number in at least 20 years.

“We're graced by living in America — you know we have freedoms,” Dimitroff said. “But do we really?”

Hippodrome artistic director Stephanie Lynge said she chose “Fahrenheit 451” as one of the theater’s productions around a year ago. She said Ray Bradbury wrote the book during the second Red Scare when a fear of communism returned to the U.S. after World War II. Lynge believes the book’s meaning was just as important back then as it is today; it represents everything about the Hippodrome’s 50th season theme: “Beyond Limits.”

“The point of theater is to tell stories,” Lynge said. “It’s how we connect as a community, as a culture; it is how we experience things outside of ourselves. We’re just excited to be able to be presenting this piece at this time.”

To celebrate the season’s beginning, there will be a “Don’t Read ‘Fahrenheit 451’” book club on Sept. 9 and an immersive Under The Stage experience Sept. 15 where guests are encouraged to dress in an outfit they’d wear to a book burning. Gainesville locals are also invited to submit poetry about the text until Sept. 18.

“Fahrenheit 451” is a co-production between the Hippodrome and the UF School of Theatre  and Dance, meaning select students — in this case, three — are able to act alongside professionals in the field.

“[With] my character, one of my favorite lines is ‘If you never feel silly, then you’ll never feel great,’” Horton said. “It’s this idea that you don’t have to conform to live your life.”

“It's really potent for people to hear this story to remember the value of a book and feel it in your hand and the value of knowledge that a book can possess,” Horton said. “Something tangible you can turn the page of.” 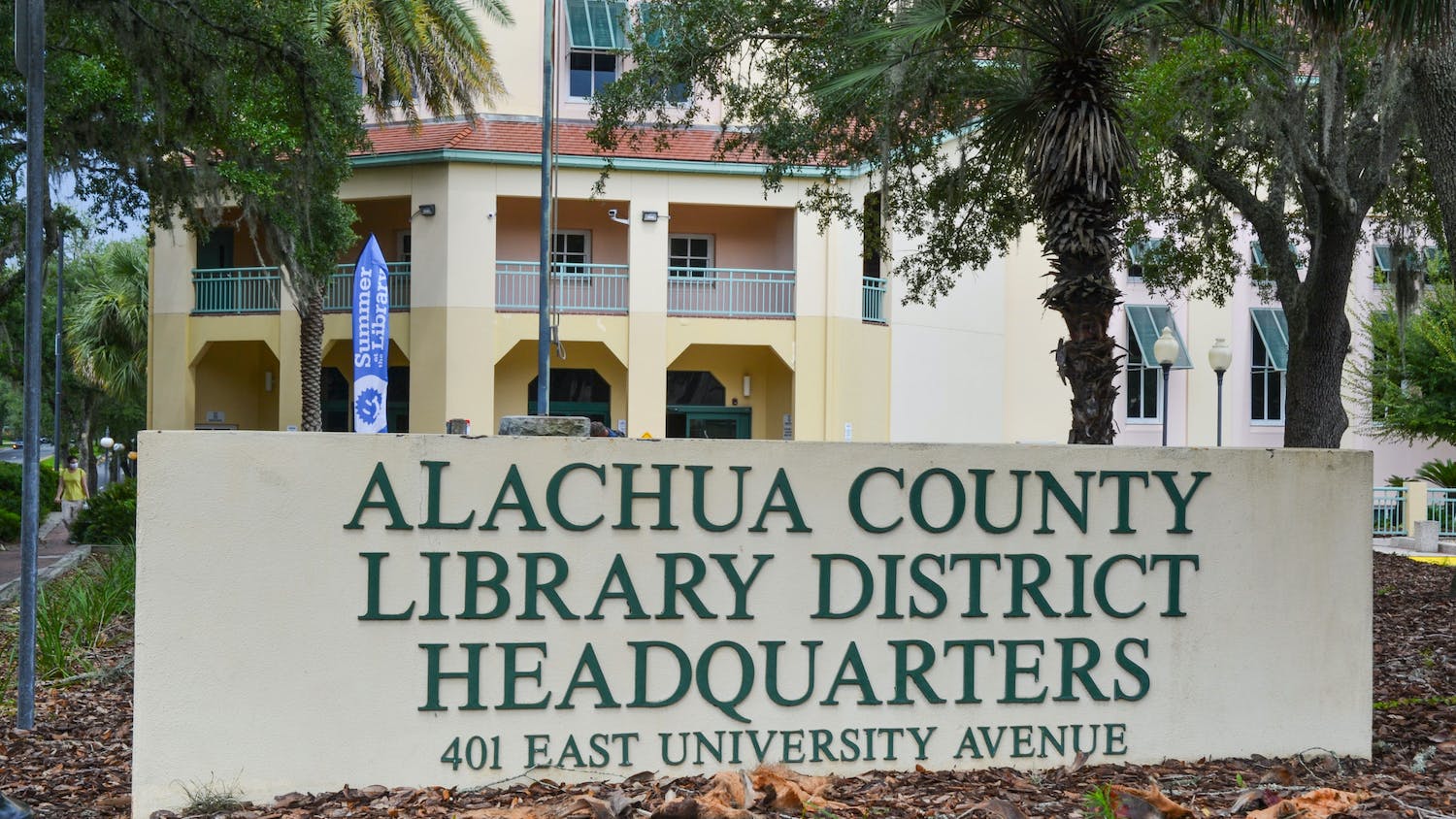