Skip to Content, Navigation, or Footer.
Donate Now
We inform. You decide.
Friday, January 27, 2023
THE AVENUE  |  MOVIES AND TV

The festival returns to in-person venues after 2 years online

As the screen fades from black, an eldery man adorned in an orange vest ponders over a newspaper ad. He wonders what type of person would be seeking the help of an 80-to-90 year old man.

Within moments, Sergio’s question is answered: He’s being hired to infiltrate and investigate potential mistreatment by staff at a retirement home.

“From now on,” Investigator Romulo informs Sergio, “you will be a mole agent. A spy.”

As the trailer for “El Agente Topo” — “The Mole Agent” — continues, Sergio sneaks around the retirement home, gathering information for his investigation while capturing the hearts of the eldery women who live there.

The film is just one of six films that will be shown at the Gainesville Latino Film Festival. It’ll make its Hippodrome Theatre debut at 6:30 p.m. Thursday, kicking off the festival’s 18th year.

GLFF is a free, eight-day event centered around highlighting Latin American culture through film. From Sept. 8 to Sept. 18, the festival will feature two Spanish immersion storytelling events and performances by Latin fusion band Gilberto de Paz & TROPIX and Miami’s IFÉ-ILÉ Afro-Cuban Dance and Music, in addition to the films.

After two years online due to the COVID-19 pandemic, GLFF is returning to in-person venues for their 18th year — inspiring the theme, “Reframing Community.”

Along with “El Agente Topo,” other films being featured at GLFF include: “La Vocera,” or “The Spokeswoman”; “Ya no Estoy Aquí,” or “I’m no Longer Here”; “Historias del Canal,” or “Panama Canal Stories”; “499”; and “El Abrazo de la Serpiente,” or “Embrace of the Serpent.”

The festival is hosted by the Latina Women’s League, a nonprofit committed to spotlighting Latina and Hispanic art throughout Gainesville. Cinthya Gaxiola, the organization’s English and Citizenship class coordinator, said GLFF is about “bringing light to the Gainesville community.”

Gaxiola, 31, is a 2015 UF alumni and was first introduced to Spanish films by a librarian at Smathers Library, which she said led her to a whole different world of film. Now, she is working her first year as a volunteer for GLFF.

“I think that this festival is going to help bring a platform for our community to learn a little bit of Latinx culture and experiences,” Gaxiola said. “But also [it’ll] help our Latinx community understand each other better.”

Gaxiola said she believes it’s important to recognize the Latin American population is not a monolith — something the diversity of films will help people understand.

“Latin American people are often lumped together in one group as ‘Latino’, ‘Hispanic’ or ‘Spanish,’” Gaxiola said. “I think this mindset is very dangerous since we are very diverse. From our ethnic backgrounds to our history of colonization to the types of struggles that we have experienced in our countries of origin — our stories are so varied, interesting and complicated.”

“We had to manage the disappointment of fans who really look forward to getting together for movie nights,” Samuels said. “Some did find that they could watch the films with friends, families in different states or countries.”

Luisa Amelia Dempere, the Research Service Centers director in UF’s College of Engineering, said one of the festival’s goals is to introduce people not only to Hispanic culture but also to “the folklore, the food, the music [and] the way of living.”

Dempere, 55, is secretary and treasurer of the Latina Women’s League and has been volunteering for GLFF since 2011 — usually assisting in the film selection process.

“We try to bring films that in a way reflect the culture — the community,” she said. “We also try to pick minority directors.”

Following the end of each film, there is a Q&A session, which Dempere said she finds to be an enriching experience for audience members. The Q&A generally consists of a group of panelists from the country or culture represented in the film. This gives guests a unique opportunity to discuss the films with people who have expertise on that subject area, Dempere said.

Prior to going virtual, Dempere said another important part of the festival was partnering with local restaurants and food vendors to showcase food from the countries highlighted in the films. This year, GLFF is sponsored by La Cocina de Abuela, a Latin restaurant in Gainesville.

Eventually, GLFF had to eat into their own funds during the pandemic, which Dempere said will likely be remedied with future fundraising.

Despite these obstacles, volunteers are excited to return at full force and put their hearts into the upcoming festival.

“Look forward to a lot of laughter,” Dempere said. “The idea is to bring laughter more than anything and enjoyment — to come back with a fresh and happy tone to the community.” 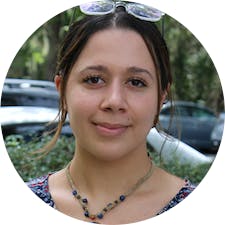