Florida soccer misses out on SEC Tournament for first time ever

The Florida and Alabama soccer teams entered the final stretch of their Southeastern Conference schedules with contrasting realities.

The Crimson Tide sat comfortably at the top of the SEC standings and looked to secure their first regular season conference title ever. The Gators, on the other hand, required an improbable comeback to keep their SEC tournament hopes alive.

Only one of those happened.

No. 3 Alabama (16-1-1, 9-0 SEC) rolled past Florida (2-13-1, 0-8-1 SEC) 2-0 Oct. 23 to sink the Gators to the bottom of the standings. After chaining losses to Vanderbilt and the Crimson Tide this week, Florida’s been eliminated from contention for the 10-team SEC tournament for the first time in program history.

“We are pleased with the execution, effort and the competitive fire shown by our players so late in the season,” UF head coach Samantha Bohon said. “I’m really proud of our group, and I think they walked away from the field knowing that they represented the University of Florida well tonight.”

The Gators took an offensive stance to start the first half. Midfielders Oakley Rasmussen and Julianne Leskauskas registered two shots within the first 10 minutes but couldn’t get them past Alabama graduate goalkeeper McKinley Crone.

The Crimson Tide soon found their groove in the midfield by controlling the tempo and sending multiple players to Florida’s side. Until that point, the Gators had displayed solid defense, clearing any attacks.

However, a soaring long shot by Alabama midfielder Kat Rogers in the 26th minute broke the deadlock. The graduate student found the ball just outside the box and fueled a powerful high shot to the left side of the goal. UF junior goalkeeper Alexa Goldberg attempted a flying save but fell short.

The Crimson Tide continued their offensive momentum with a pair of set pieces near the 34-minute mark, but Florida defenders cleared both attempts. Each team played aggressive defense with nine combined fouls in the opening 45 minutes.

In the second half, Alabama got off to an explosive start. Senior forward Riley Tanner doubled the Tide’s lead in the 48th minute with a low long shot from outside the box. Two minutes later, Rogers almost scored her second goal of the match after hitting the crossbar.

Florida showed signs of life after a shaky start.

Florida kept looking for a break with counterattacks and long passes but couldn't capitalize on any chances. Although senior forward Tessa Barton had a clear opening inside the box in the 64th minute, the shot went wide.

The Crimson Tide iced the match by controlling possession and finding spaces in the Florida defense for the rest of the match. Overall, Alabama outshot the Gators 18 to nine. Both teams finished with 15 total fouls.

Florida will conclude its season Thursday at Donald R. Dizney Stadium against Texas A&M. The match is scheduled for 6 p.m. and will stream on SEC Network+. 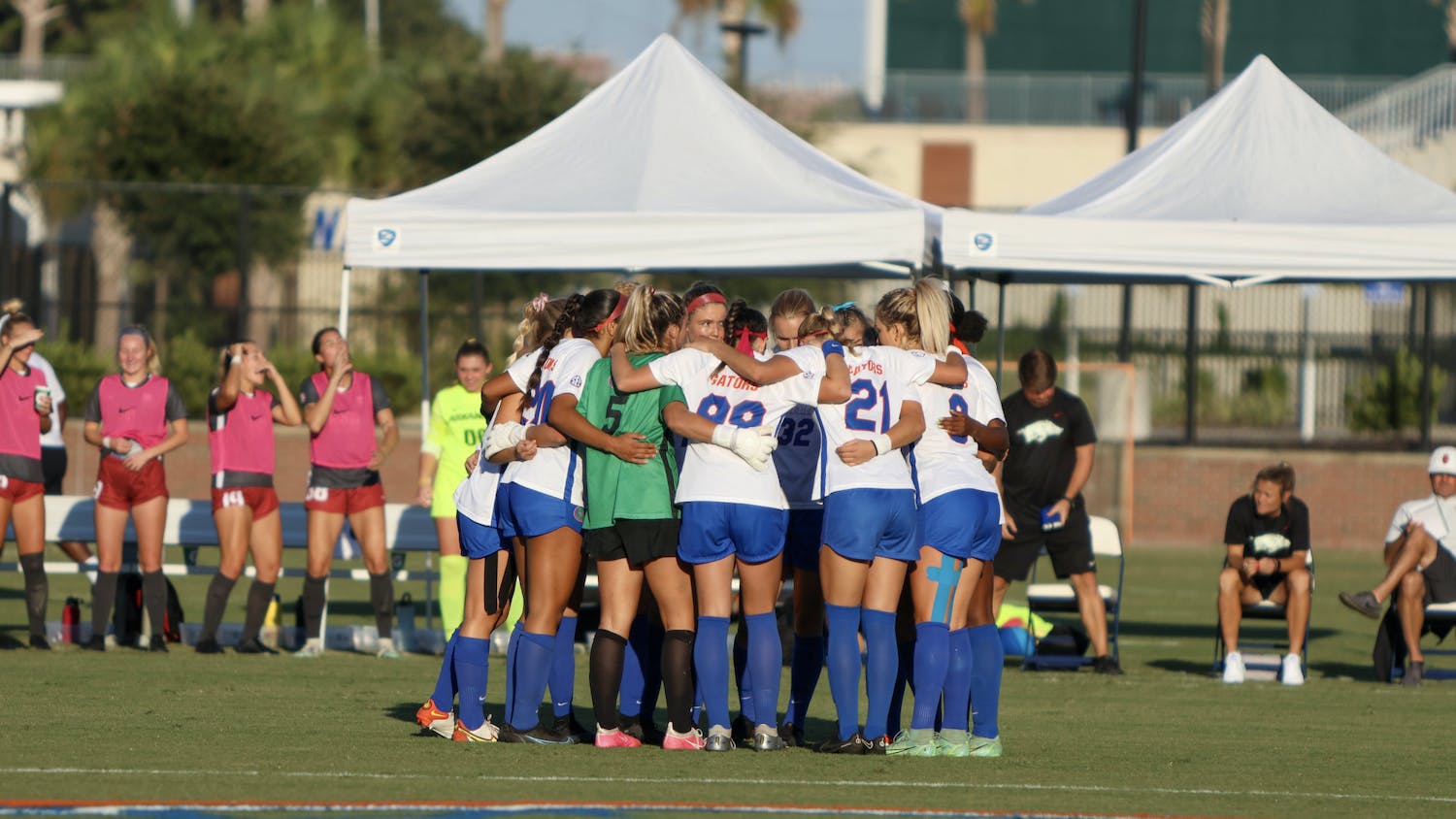 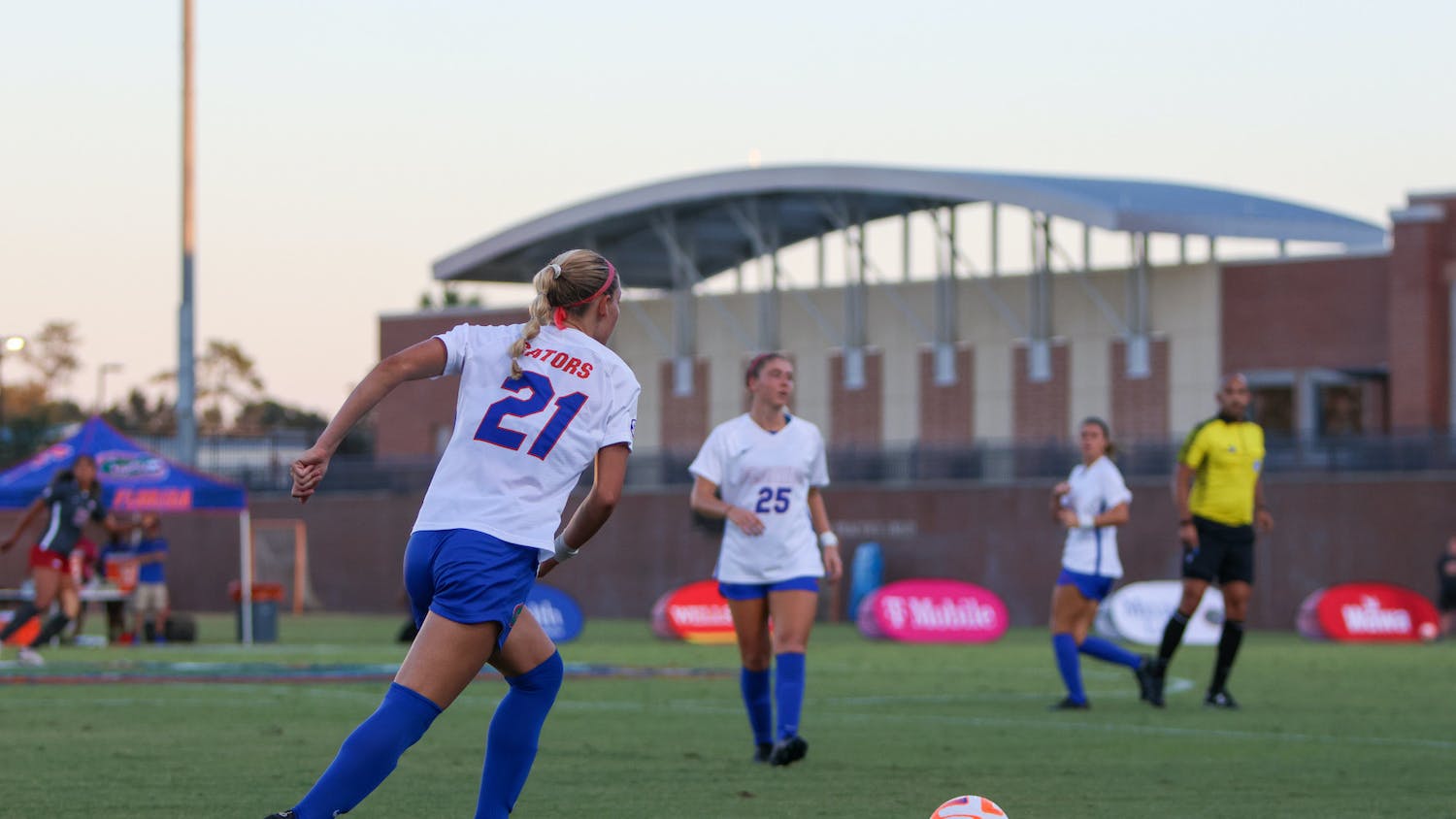