Gators get whacked by Arkansas in SEC semifinals

Brady Singer couldn’t hide the look of shock and disbelief plastered across his face.

Through the first 141.1 innings pitched in his career, the 6-foot-5 sophomore allowed two home runs: one against South Carolina on April 21 and another against Kentucky on May 19.

But when Singer took the mound against Arkansas (42-16) on Saturday in the semifinals of the SEC Tournament, one inning pitched was all it took for the Razorbacks to more than double that career total.

After a leadoff single from center fielder Eric Cole, Chad Spanberger teed off against Florida’s starter, smacking a two-run homer over the right field wall of Hoover Metropolitan Stadium.

A few outs later, Cole and Spanberger then went back-to-back off Singer, blasting two more bombs over the head of right fielder Nelson Maldonado and out of the field’s confines.

Singer ultimately gave up a whopping eight runs on seven hits allowed and two walked batters, leaving the game with no outs in the top of the second inning for the shortest start of his career.

The Gators (42-16) went on to lose the contest 16-0 and were sent home from the SEC Tournament empty-handed for the fifth time in the last six years.

“Obviously we have to credit Arkansas,” coach Kevin O’Sullivan said in a release. “It’s the first time (Singer) has been hit like that the whole year. Credit their hitters, they did a really nice job.”

UF was unable to garner any momentum after Singer’s career-worst outing on the mound.

Offensively, UF managed to muster two base hits on the day, a double from third baseman Jonathan India in the third inning and a single from left fielder Austin Langworthy in the sixth inning.

None of Florida’s baserunners advanced further than second base, marking the first time that’s happened in 2017.

For the Gators bullpen, it was unable to stop the bleeding after Singer’s exit in the second inning.

Six relievers were used in the final six frames of the contest before the game was cut short due to a mercy rule.

Nate Brown and David Lee managed to throw a pair of scoreless innings, while Andrew Baker, Kirby McMullen, Cole Maye and Tyler Dyson all gave up two earned runs each.

“We fell behind early and it was hard for us to play catch up,” O’Sullivan said. “It was just one of those games that got away from us early, and like I said, you’ve just got to credit Arkansas.”

Florida now heads back to Gainesville where it’ll wait to hear its fate in the NCAA Tournament. UF is currently projected by many to be seeded in the top eight teams of the bracket, which would grant it home field advantage through the Super Regional round.

The 16 regional hosts for the tournament will be announced on Sunday at 8:30 p.m., with the rest of the field announced Monday at noon.

Brady Singer pitches during Florida's 3-2 loss against Tennessee on April 8, 2017, at McKethan Stadium. 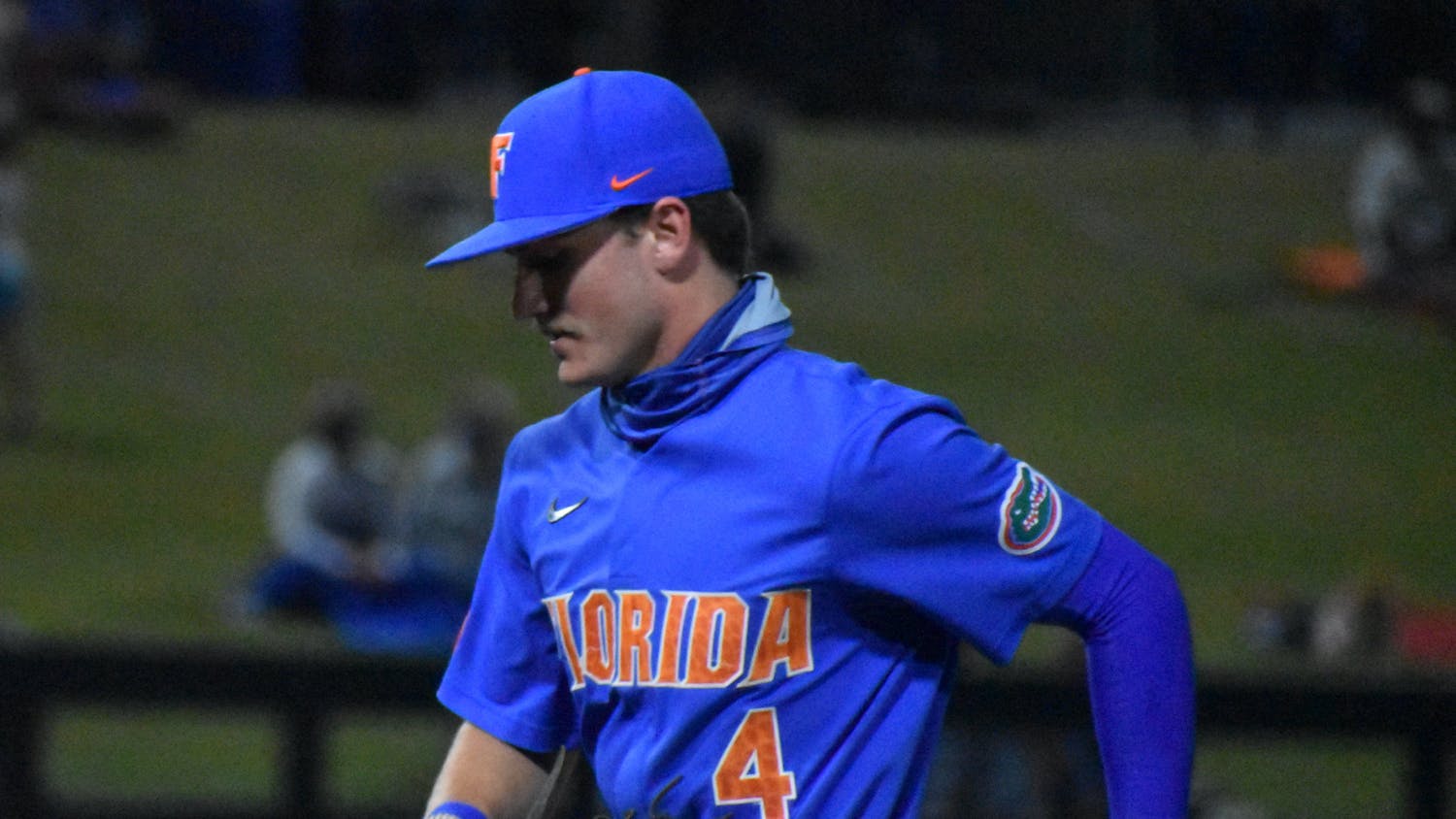 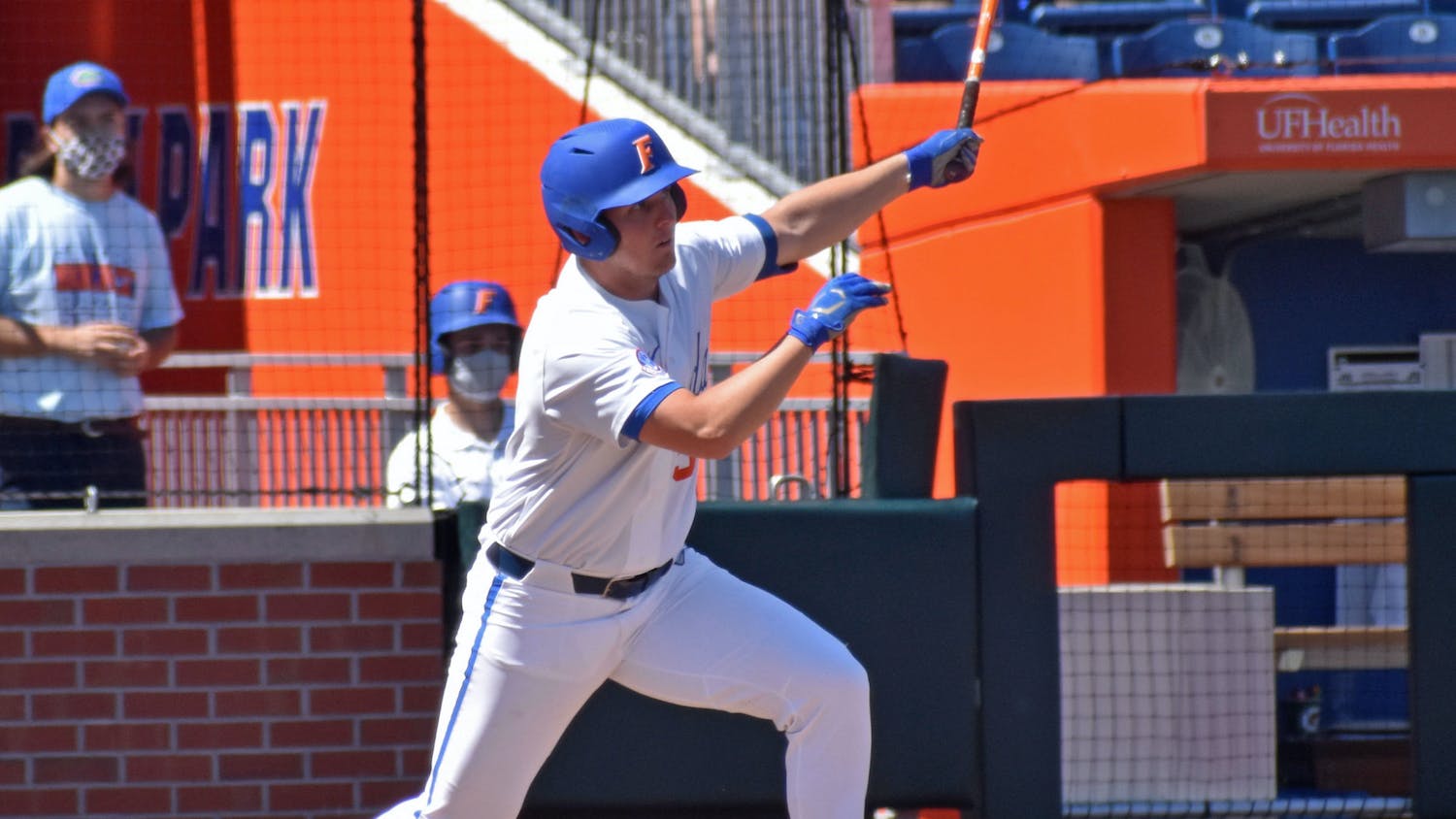