Upon entering the University Gallery to see the Fine Arts College Council Juried Arts Exhibit, it is clear that this is no ordinary art show. The exhibit, which opened Friday, showcases varying color schemes and the distinct styles of each artist.

The pieces, which stand in stark contrast to one another but remain cohesive in their content, were hand-selected by Brooklyn-based juror, Lorenzo Triburgo.

“Jurying this exhibit was a delightful yet challenging experience,” Triburgo said. “The quality of the submissions was overwhelmingly impressive in content and scope.”

The artworks selected all dealt with contemporary and social justice issues such as the environment, gender liberation, mental health and race, according to Triburgo.

The exhibition accepted submissions from UF artists of all levels, which meant that for some, this was their first juried art show. A juried art show is one in which artists submit work to a jury or juror and only those works selected by the juror are displayed at the show. This was the case for Elaina Buffkin, a 20-year-old UF art junior. Her drawing, titled “Self Portrait,” smiles eerily from a corner of the gallery, its almost lifelike eyes gazing at everyone who passes by.

“I’m really happy that this is what was selected because I feel like it’s really representative of a lot of my interests,” Buffkin said. “It’s something I honestly did put a lot of work into so I’m happy he’s out here for everybody to look at.”

Buffkin said the inspiration for her piece was that she feels like most art is taken very seriously. She likes to poke fun at that notion and create art that makes people smile, even if they don’t necessarily understand it.

Other artists at the show were more experienced, including Cindy Leung, a UF studio art graduate student who previously studied ceramics in New York. Leung’s piece, entitled “Urban Limitation”, is a two-headed bust that grimaces in both directions. She said her piece was inspired by her transition from New York to Gainesville.

“It was a very challenging transition for me. Here is so much warmer, and there’s this contrast of personality that started to come out. I would say I used to be so cruel, but now I’m so much warmer,” said Leung.

Melissa Nunez, another UF studio art graduate student and the co-organizer of the show, said a lot of work went into creating this gallery. From designing floor plans to organizing artwork and assisting the juror, it posed a bit of a challenge.

“I hope people see the diverse community of the art program. The work that we do, it’s not just paintings and drawings, there's different types of mediums and a lot of people have important things to say.” Nunez said.

The FACC Juried Arts Exhibition will be open in the University Gallery until March 13.

Cindy Leung's "Urban Limitation" was inspired by her challenging move from New York to Gainesville. 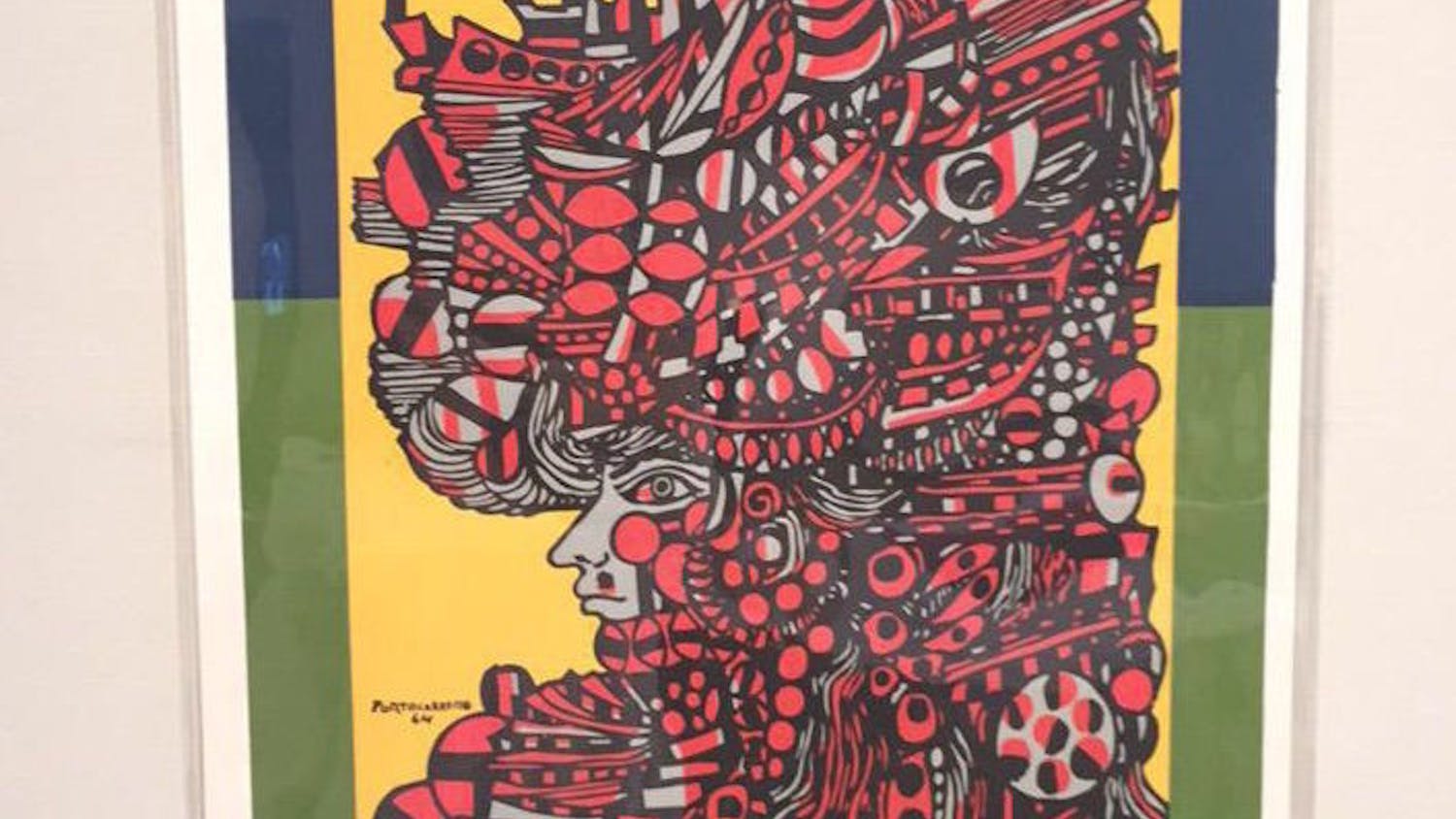