This will be the last city election held on its own

District 1 incumbent Gigi Simmons is up against Desmon Duncan-Walker, founder of the Gainesville Alliance for Equitable Development, an advocacy organization that addresses inequitable development in Gainesville.

All registered voters can participate in the At-Large race, but only District 1 residents can cast their votes for Simmons or Duncan-Walker in the East Gainesville commission seat race.

Development in East Gainesville and public health concerns during the COVID-19 pandemic are hot-button issues in the election.

This will be the last city election held on its own. In 2018, Gainesville voted to hold city and county commission elections together in August and November starting next year.

Last week, the County Supervisor of Elections announced polling location changes. Due to ongoing renovations, Precinct 27 voters will be unable to vote at the Thelma Boltin Center, the precinct’s regular polling place. The temporary polling location for the precinct is now the Thomas Center.

Votes on election day must be cast at voters’ specified precinct. Photo and signature ID is required to vote, per Florida law.

District 1 covers most of East Gainesville, an older part of the city including many historically  Black neighborhoods. As UF’s student population grows each year, an economic divide between East and West Gainesville has become a more complex and key issue for local leaders.

The issue of Seminary Lane, an affordable housing complex demolished in 2009 to be replaced with luxury student housing, has gained steam in the last year.

If re-elected, Commissioner Gigi Simmons would break a nine-year streak of one-term commissioners in East Gainesville’s District 1. Scherwin Henry was the last to serve two terms from 2006 to 2012.

As Gigi Simmons sat in a sociology class at The University of South Florida, she listened to her professor rattle off statistics about Black males and how many are incarcerated or dead by the age of 18.

“When she said that, my response to myself was, ‘Wow, and I have two of them,’” Simmons said, referring to her two sons.

She said this moment inspired her to become active in public service, for her sons and her community.

“It really motivated me to give back to my community,” she said. “To make sure that whatever I do, that I leave a positive impact on someone's life in my community.”

Simmons is running a second term as commissioner. Her platform focuses on economic development in East Gainesville, addressing the eastside’s food desert and providing more opportunities for low-income students.

After graduating, Simmons interned for the city of Gainesville. She worked in every department as an intern before landing a job at the city’s planning department, moving on to the parks department and then the cultural affairs office.

She said this work taught her about the inner-workings of local government. Simmons ran for the District 1 seat in 2018 while finishing her master’s in public administration from USF and won with 60% of the vote.

Simmons is proud of her first term and said she accomplished a lot despite her work being upended by the COVID-19 pandemic.

In 2019, she coordinated the SkyBridge Educational Program at Porter’s Community Center, an afterschool program that helped low-income public school students stay connected to the internet after they leave the classroom.

The program was a joint collaboration between the city and North Central Florida Diagnostics & DNA Technologies, which donated 20 laptops and $20,000 to build a computer lab for students.

“Right before COVID hit, their grades were going up. Everybody was happy; the parents were happy,” Simmons said. “It was a wonderful, wonderful experience.”

But the COVID-19 pandemic shifted her priorities, she said.

Working with UF, Simmons and the city commission set up a testing site over the summer through Health Street, a UF community engagement program. More than 1,800 residents in East Gainesville were tested during the early days of the pandemic when COVID-19 test kits were scarce.

While Simmons is proud of these accomplishments, she said she has made some mistakes in her past.

In the 1990s and 2000s, Simmons was convicted of fraudulent use of a credit card, driving with a suspended license and petty theft, according to court records. In 1993, she was charged with assault during a burglary and assault with a deadly weapon.

“My past has made me the woman that I am today — the loving mother that I am, the motivating leader, and the thoughtful and compassionate and empathetic human being that I am,” she said. “I embrace all of me, not parts of me.”

As of Sunday, Simmons raised $12,012 during her campaign. She was her own largest donor, with $3,850 in contributions, according to campaign finance reports. She also received donations from former City Commissioner Helen Warren, Alligator Realty and LVS Rental Services, LLC group.

Desmon Duncan-Walker was 15 years old when she realized she had a gift for public speaking. She spent her childhood writing and performing poetry at churches around Gainesville, and was offered money to speak at community events.

But her mother would never allow her to accept the money, saying her talents were a gift and not just for earning a paycheck.

“What my mother was doing then, she was instilling within me the need to give back to the community,” she said. “Everything is not about money.”

If elected, she said she would work to provide affordable housing for residents, while promoting “development without displacement.”

A major problem in Gainesville is “studentification,” a form of gentrification in college towns where the student population pushes residents out of neighborhoods, Duncan-Walker said.

Duncan-Walker decided to run for commissioner after the city neglected community outcry about the development of a luxury student housing complex where Seminary Lane, an affordable housing complex demolished in 2009, once stood.

Equitable development is the way a community should respond to inequitable growth that leaves out residents and families that have lived there for generations, she said.

She founded the Gainesville Alliance for Equitable Development (GAED) in 2019, a community advocacy organization she describes as dedicated to fighting gentrification in East Gainesville.

“We make policy recommendations to the city commission,” she said. “That's part of the goal; that's really part of the mission.”

She has served as vice-chair of the Gainesville Community Reinvestment Agency’s Fifth Avenue Pleasant Street Advisory Board, which makes recommendations to the city on redevelopment projects in the area, and is a member of the Alachua County branch of the National Association for the Advancement of Colored People.

She said these experiences have built her confidence in her ability to take the job of a commissioner, which she calls “servitude on steroids.”

“Those things have all prepared me in a way that I feel will serve, not just me, but that will serve the community well,” she said.

Duncan-Walker raised $20,606 for her campaign as of March 12. Most of the money came from small donors, ranging from $10 to $250, according to candidate financial reports. In the last month of the race, she contributed $9,775.99 to her campaign.

Gail Johnson comes from a long line of activists. Her grandfather was president of the county’s NAACP branch for over a decade. She said her grandparents instilled a love for public service and social justice in her.

But it wasn’t until the 2016 Presidential Election, won by former President Donald Trump, that she realized she must do more.

“I knew that there needed to be more women and people of color, and people with a different mindset in decision making,” she said.

Johnson, who won the 2018 Gainesville Regular Election with 64% of the vote, announced her decision to run again via Facebook Live Feb. 3.

Her platform focuses on racial and gender equality, affordable housing and access to healthy food in the community.

She said her family played a key role in her decision to run for reelection, and she asked her 11-year-old daughter for her thoughts while wrestling with the commitment.

“I talked to her to make sure she was OK with sharing her mom with the city,” Johnson said. “And she was.”

Her latest proposal in the commission addresses food security in East Gainesville. On Feb. 25, the city commission unanimously approved the creation of an affordable, community grocery store.

Johnson said collaborative governance is what has most excited her about working in the city. The COVID-19 pandemic and the financial constraints it brought on local governments have forced cities to find creative solutions, she said.

While she is proud of the work she has done, she said the issues she cares about have become more pressing during the COVID-19 pandemic.

“The work will end, to me, when every single person is housed; when every person has access to fresh, healthy food; when we treat every human being with respect,” she said.

Johnson’s $1,405 in campaign contributions came solely from herself. Instead of raising money, she asked voters to donate in her name to five organizations of her choosing, including Fisher Farms and the Rural Women’s Health Project. She decided not to spend money on yard signs, ads and even campaign managers and said all she needed were the votes to win.

“Who's with me on donating to these organizations instead of my campaign?” she wrote in a Feb. 24 Facebook post.

Hillel ran for Gainesville’s At-Large Seat in 2020 on the platform to “Make Gainesville A Butterfly City Again,” winning 5% of the votes.

This year, he’s running just so there would be a race, he said, as Commissioner Johnson would have run unopposed.

“I am neither raising nor spending money, and the incumbent is someone I would expect to win,” he wrote in an email to UF President Kent Fuchs March 1.

In 2013, The Florida Bar filed a complaint against Hillel for insulting the other counsel on multiple occasions. Court documents show Hillel continued to disparage attorneys based on “race, ethnicity and gender.”

In a 2013 legal motion, Hillel called a Gainesville city attorney antisemitic slurs. Hillel used a racial slur when speaking with an Alligator reporter.

In 2016, Hillel was disbarred by the Florida Bar Association for attempting to file a petition in a U.S. District Court while suspended from practicing law. 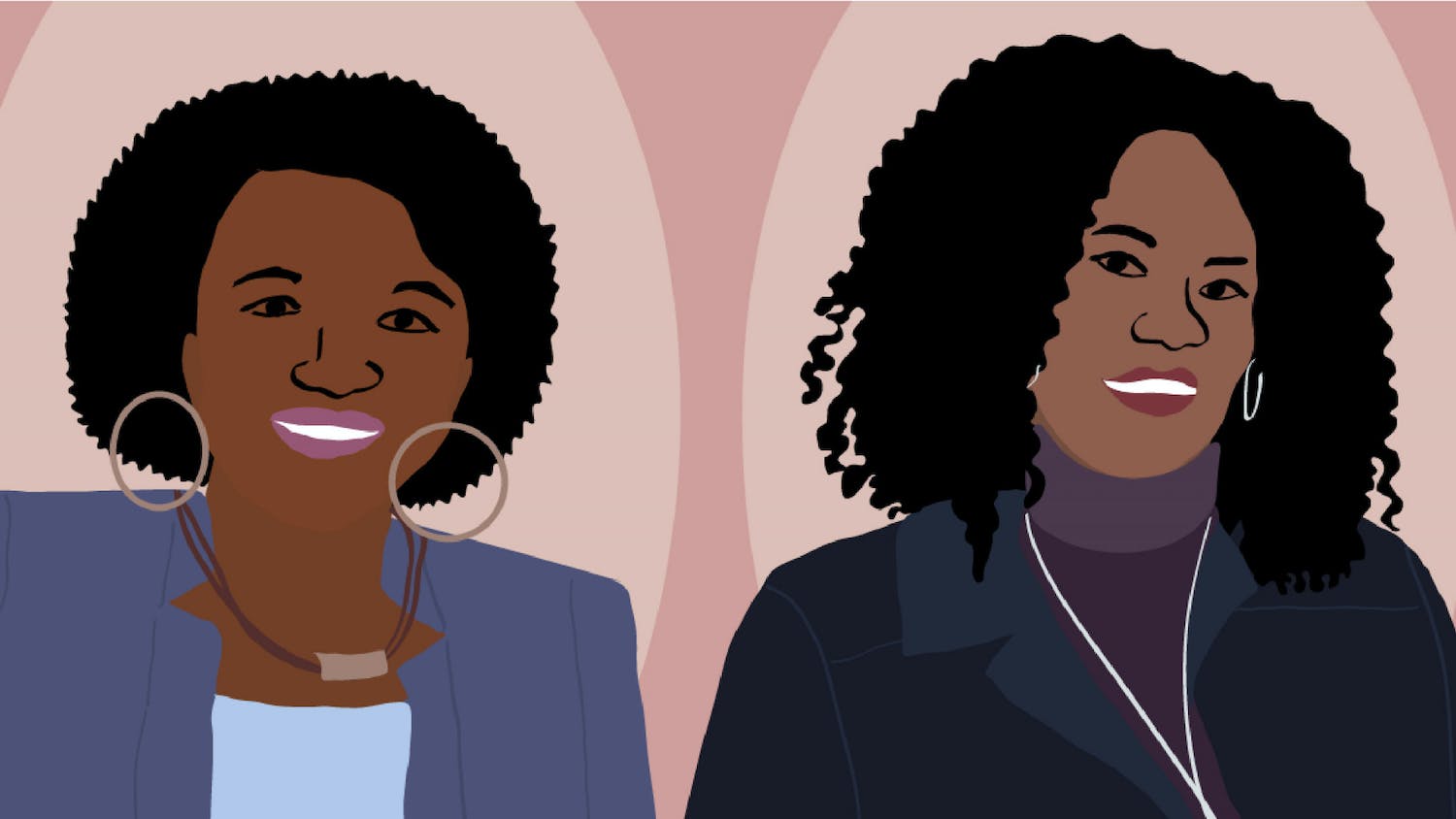