The Lorde has risen —from her four-year hiatus, that is.

For the past few years, New Zealand pop star Lorde has completely stayed away from the public eye, and the only morsels of content fans have been fed are occasional newsletters in email inboxes. However, the wait is over: Lorde released her third album, “Solar Power,” Aug. 20, and it’s safe to say that fans are satisfied.

Similar to previous releases, Lorde has carved out a stage of her life and successfully harnessed it into an album, but “Solar Power” distances itself from her past albums. With this recent record, it’s apparent that Lorde’s discography is made up of distinct bodies of work: each album is a distinct time capsule of memories and feelings of Lorde’s life over a certain amount of time.

“Pure Heroine,” her 2013 debut album, captures the complexities of adolescence in the golden internet age, and her 2017 follow-up, “Melodrama,” delves into the tempestuous experiences of aimlessly navigating life as  a heartbroken and lonely young adult.

Meanwhile, “Solar Power” feels like the calm after the storm, a slower succession to the turbulence of Melodrama. It consists of soft, airy tunes and lyrics that adopt a distant and retrospective demeanor. The album reflects on the growing that happens after growing up, offering Lorde’s experiences on distancing herself from her fame and her own evolving — and eventually healthy — relationship with herself.

Co-produced by Jack Antonoff, the album, unlike her past two, contains minimal electronic production and is instead filled with acoustic guitars, sounds of cicadas and “organic instruments”. The simplistic production is meant to be reminiscent of Lorde’s relationship with the natural world.

This connection to nature is also reflected in the album’s external elements. Lorde’s outfits in the promotional appearances and accompanying videos for “Solar Power”  are indicative of the vibes this album is meant to evoke. With bright yellows, earthy greens, and unpolluted whites, fans are able to see the sounds of “Solar Power” breathe in the life around them and in Lorde herself.

The album opens with “The Path”, a song that begins with Lorde singing about her complicated relationship with fame and youth accompanied by dreamy guitar and delicate wind instruments. Slowly, the percussion accelerates and becomes more prominent, and the chorus skips into her belting, “Now if you’re looking for a savior, well, that’s not me.” The song is Lorde rejecting the image of being a role model, something that has been a conspicuous extension of her fame. It sets the tone for the album, making it clear that Lorde doesn’t want to be constrained by societal and creative expectations when listeners proceed with the rest of “Solar Power.”

The next track,the title track and first single off the album, is the epitome of what this album represents. On “Solar Power,” Lorde sings about isolating herself from the toil of everyday life and finding solace in a beach utopia. Tropes of nature are prevalent throughout the song and the production invokes feelings of freedom that leave you breathless and wanting more.

The third song, titled “California,” is one of the most reminiscent songs on the album, with Lorde reflecting on experiencing fame and glamour at 16 years old. The very luxury she satirized in “Pure Heroine” had become part of her life, and “California” finds Lorde refusing it. With airy and echoing vocals, Lorde is calling to her past self, alluding to the  moments that led her to step away from the spotlight and into seclusion.

After singing about the struggles of fame, Lorde softly enters the fourth song and second single off “Solar Power,” “Stoned at the Nail Salon”, which describes her coming to terms with the effects of fame. It’s one of the more melancholic songs on the album, with Lorde’s vocals layered over somber finger picking of the guitar while she sings about the times and people she lost in her boisterous youth. She sings about all the regrets from her past and the ambivalence of her future simultaneously, ending with telling us, “I don’t know. Maybe I’m just stoned at the nail salon.” She diminishes the profoundness of her own thoughts for the fear of exploring them further, and by the end, we’re left desolate and aching for time that we’ll never get back.

With “Fallen Fruit”, the layered vocals are augmented and guitars echo amidst a declarative chorus. The album is a love letter to nature —nature that climate change threatens to destroy. Lorde sings to the past generations about their mistakes, and she declares to the present and future generations that they possess the capabilities to make  her beloved Earth healthy once more. “Fallen Fruit” is evocative of a chant, making the song feel sacred. Only Lorde could create a ceremonial tune to save the Earth.

The album continues with the internet’s favorite track, “Secrets from a Girl (Who’s Seen it All).” This tune sounds the most like mainstream pop and finds Lorde singing about what she learned from the converging freedom and pain described in “Melodrama.” Perhaps the most memorable part of the song is Swedish singer Robyn’s spoken outro. The track mimics a flight attendant describing the stages of growth and grief with motifs of travel and tourism. This outro is perhaps a writer’s dream, packed with metaphors connecting tangible things to the intangible inner turmoil many of us feel. It’s a perfect place for the ending of the first half of the album.

After “The Man with the Axe” Lorde flips the coin and begins to despise the person she is singing about in “Dominoes.” The song describes someone who is performing the very themes that dominate “Solar Power”  Over a boppy tropical tune, Lorde derides the person in question for acting the part of the natural and spiritual lifestyle that she genuinely admires and loves. The darkness of the lyrics and lightness of the melody create a dichromatic experience for listeners.

Like “Stoned at the Nail Salon,” “Big Star” reveals itself to be one of the saddest songs on “Solar Power.” On it, Lorde describes the grief of losing her dog Pearl. The melody depicts the organic stages of life that lead to death, and it feels like a letter sent to heaven above. The sounds are beautiful and bleak and leave the air through which they were traveling hollow and woeful.

“Leader of the New Regime” serves as the interlude in “Solar Power.” The song describes running to and living in a dystopia after the end of the world. It’s dark, short and unsweet. This interlude feels oddly hopeful and dispiriting at the same time, capturing the essence of the whole album. After hearing this one, it’s safe to say Lorde invented interludes.

The third and final single off “Solar Power,” “Mood Ring” circles back to the carefree and vivacious atmosphere that the beginning of the album exudes. The production of the song is not unlike the rest of the album, so it’s the lyrics that stand out. Lorde satirically “unpacks wellness,” describing wellness culture in a time where social media influencers and the commodification of spirituality are rampant. The writing in this song is astonishing because of the way it exudes social commentary.

“Solar Power” closes with “Oceanic Feeling,'' a song that embodies the dialogue Lorde offers throughout the album. The song talks about family, adolescence and love all through the lens of Lorde’s home —the home that contains all of the nature and wildlife that she has placed at the center of “Solar Power.” Lorde ends the song gracefully, encapsulating in a few phrases the many themes she discusses on “Solar Power.” Like the album, the ending feels open, and Lorde is welcoming growth with trust — the kind of trust that brings freedom.

“Solar Power” is a strong third album, and it establishes Lorde as a versatile artist and one of Gen Z's most brilliant songwriters. However, the production lags with the same recurring sounds of chill and tropical acoustics that, towards the end, make the album’s sounds seem a little too cohesive. With “Solar Power,” the monotonous production undermines the brilliant songwriting.

Perhaps it is because of these complexities that the album was released to mixed reviews. NME, which gave “Solar Power” a five-star review, wrote, “for the third time in a row, Lorde has done it again, crafting yet another world-beater.” However, The Independent called it a "collection of heat haze hippy noodlings.”

The singer has made it clear that she created this album with more freedom than her last ones, and her lack of creative boundaries are evident in the album and in the dozens of conflicting reviews. With sovereignty over the way she exercises expression, Lorde has created a wildly distinctive work of art that encapsulates the emotional autonomy that comes with adulthood, capturing a specific era in life while instantaneously invoking wisdom that is timeless. 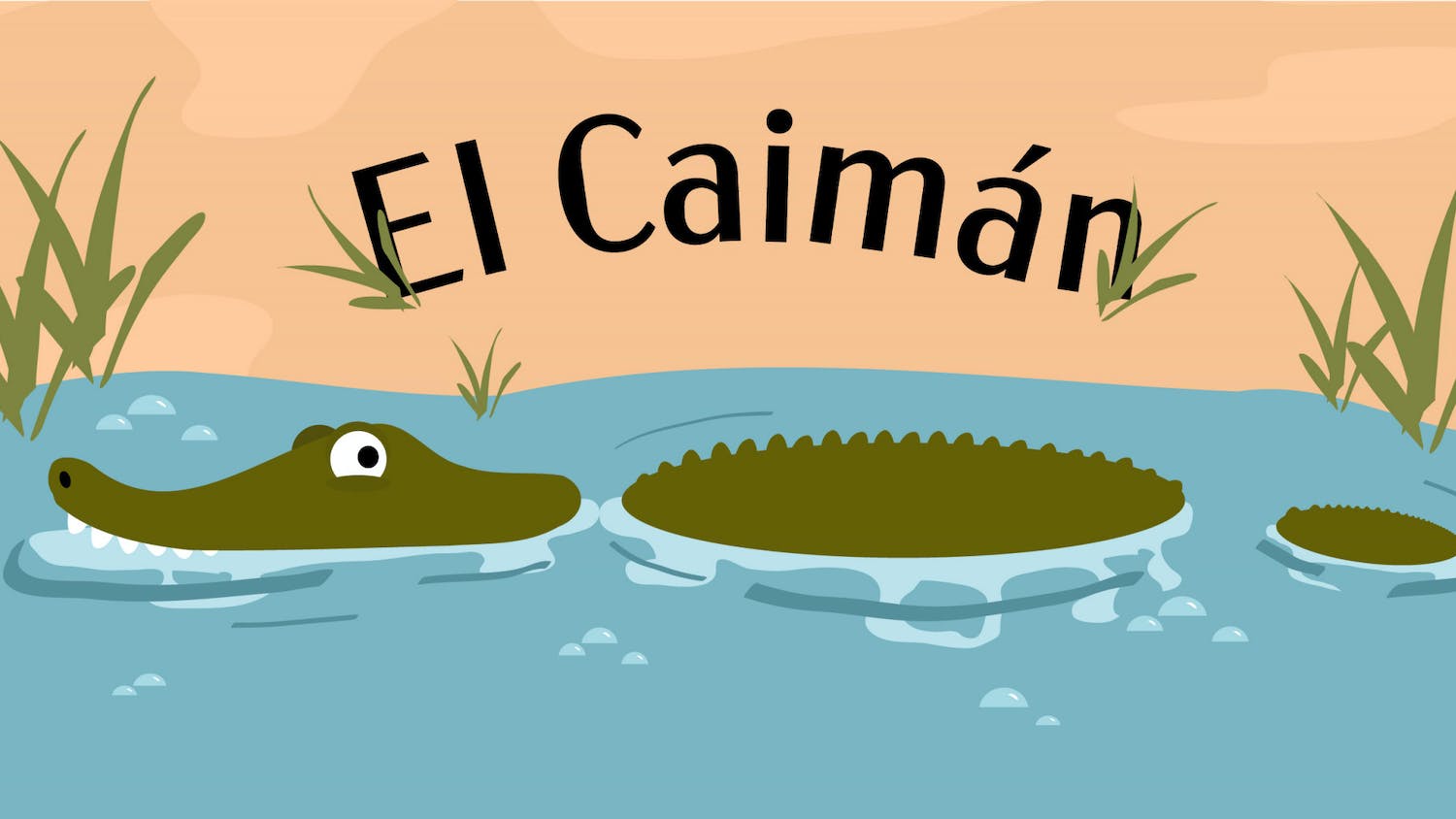