Despite an 18-3 season, heartbreak was all the Florida women’s lacrosse team felt in 2021.

The Gators saw their season end in the NCAA Quarterfinals, but are ready for 2022, featuring a vastly different lineup than the one that lost in Syracuse last May.

“You are going to see a lot of new faces, but ones who have the capability to step up,” head coach Amanda O’Leary said.

Among those new faces is freshman attacker Emma LoPinto, who was ranked the No. 1 incoming attacker this season by Inside Lacrosse. The highly touted freshman will be one of the top threats down low for the Gators this season, but there’s no clear cut commander of the offense.

“I think we've really taken on the idea that we're going to be really in charge of our offense this year,” midfielder Paisley Eagan said. “We're going to kind of just spread the wealth a little bit and take advantage of everybody's strengths.”

The redshirt junior returns as Florida’s leading scorer last season with 32 goals on top of six assists. Eagan is joined in the offensive midfield by Danielle Pavinelli, the reigning freshman of the year in the American Athletic Conference. Pavinelli scored 30 goals and added seven assists in 2021, and both midfielders will be vital components to the offense again this year.

“We're gonna have a lot of different looks, which will keep our opponents a little bit on edge,” O’Leary said. “We have a lot of depth, which is exciting for us. So a lot of new players are going to step out on the field.”

The Gators might have a young roster, but they still have a blend of experienced leaders as well, most notably senior goalie Sarah Reznick.

The Long Beach, New York, native has raked in preseason accolades, being named a second-team all-american by Inside Lacrosse and receiving the preseason goalie of the year award in the American Athletic Conference.

“It definitely takes a lot of pressure off of us defensively, just knowing that we have something solid back there,” Eagan said. “That's just a weight off of our shoulders since we have a lot of things to focus on as a new team.”

Reznick is ready to step into more of a leadership role to anchor the Gator defense this season.  The senior expresses confidence that she can organize the defense and lead another successful unit after learning from the likes of Trombetta and Kaitlyn Dabowski. Reznick  also notes how the younger players have been actively communicating and improving through the preseason.

“They're not afraid to speak up and ask me or ask any of the veterans in the coaches about what they need to do and what they need to work on,” Reznick said. “I think all those girls are doing a really great job so far.”

The Gators have a daunting schedule ahead of them.  Matchups against No. 2 North Carolina and No. 9 Maryland stack up later this month, and it’s a challenge they revel in.

“Our motto has always been if you want to be the best, you have to play the best,” O’Leary said.

Before the onslaught of elite competition, Florida will open the season against Kennesaw State, a team coming off a 5-10 season including a 20-7 loss to UF. Even with  upcoming marquee showdowns, Florida isn’t looking past the Owls from Georgia.

“Kennesaw State's a great team and they always give us a run for our money every year,” Reznick said. “I definitely don't think that it's going to be an easy go, but I'm excited to play some more competition this year.”

The Gators lacrosse team is raring to return to the field, making a run at a ninth conference championship and perhaps reaching the elusive heights of a national championship. 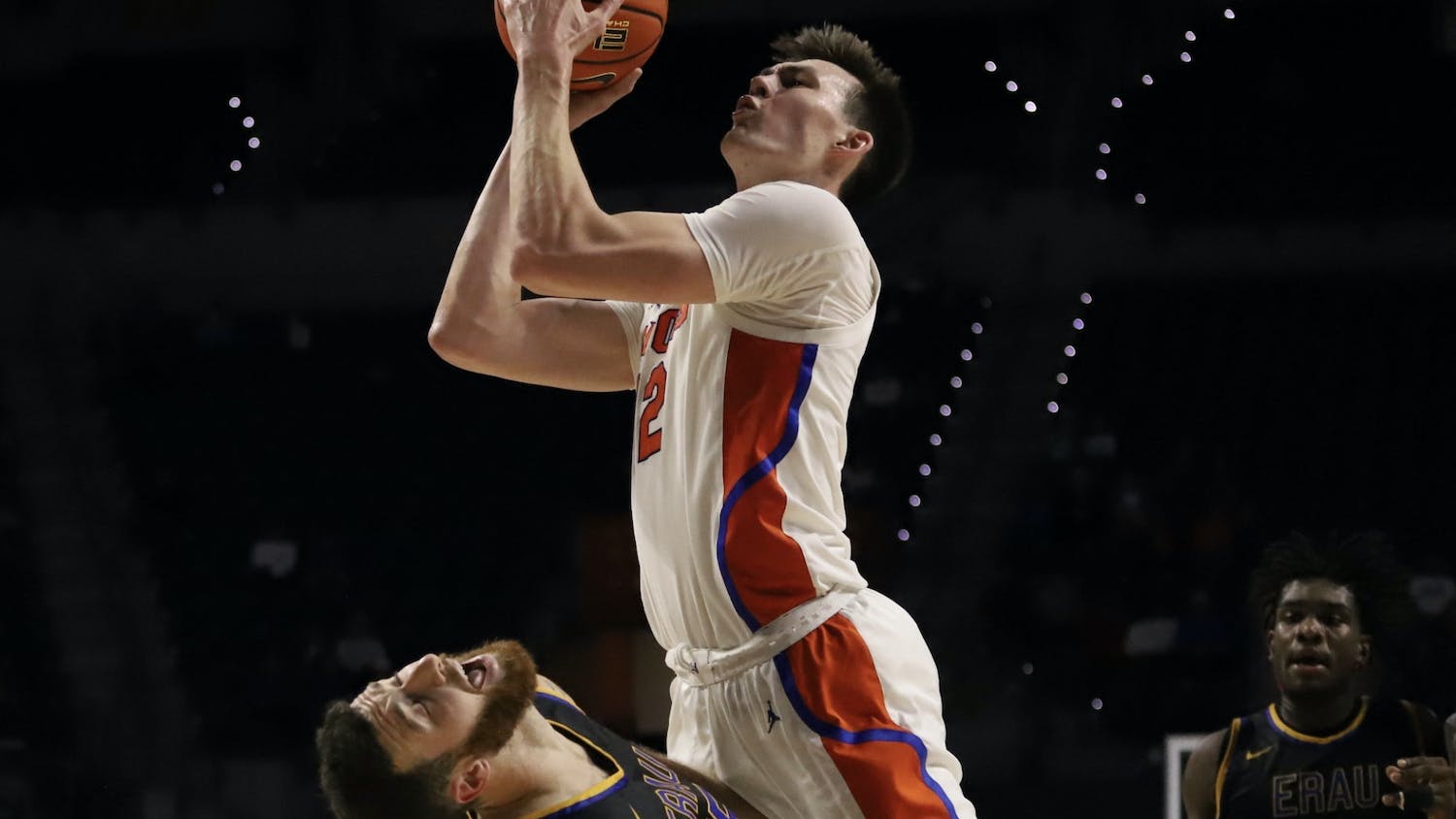