But the UF search remains a secret as it enters its fourth month. Public record bills passed in March permit the names of Florida schools’ presidential candidates to remain private.

“I know we’re all anxious as this process moves forward, and I know that after the last two-and-a-half years and everything we’ve endured, it can be difficult to feel like we can make a difference in the hiring of our next president,” Phalin said. “I'm here to tell you that we can."

Phalin said UF presidential suggestions and nominations can be submitted directly to the firm through its official email.

The FSU presidential search followed the Sunshine Law, which gives people the right to access governmental proceedings at state and local levels; candidates’ names became public record after they applied for the position.

Keeping candidates’ identities concealed is in the best interest for them and universities, said Giovanni Piedimonte, one of FSU’s three presidential search finalists and the vice president for research at Tulane University.

“Typically, if you’re a candidate in a presidential search, you have a very important position somewhere else and [being named] can damage it,” Piedimonte said.

Many candidates during FSU’s presidential search were afraid to declare their candidacy because of the Sunshine Law, according to Alberto Pimentel, a SP&A Executive Search managing partner.

UF may be able to expect a timeline similar to its rival schools. FSU released a list of 22 applicants May 10, 2021. Five days later, the school narrowed its search to three finalists: Piedimonte, Robert Blouin, the executive vice-chancellor of the University of North Carolina Chapel Hill, and Richard McCullough, the vice provost of research at Harvard University.

McCullough was named FSU’s president May 24.

A member of the Florida Board of Governors also entered his name in the Florida State race, which raised political interference concerns.

Candidate Richard Corcoran, who serves on the Florida Board of Governors as state education commissioner, concerned FSU faculty with his lack of academic experience.

His candidacy threatened FSU’s accreditation ranking and raised questions about conflicts of interest; the board, which manages Florida’s university system, holds the final vote in the appointment of university presidents. He was out of the race by May 15.

There was no political interference in FSU’s presidential search, Piedimonte said.

“If they were interested in political influences, those three would not have been the finalists,” he said. “We were three top academicians again with cover letters that were speaking for themselves. When you have a politically driven search, you don’t pick the people like that.”

Members of a governing board appointed by a legislative body must remain independent from other institutions in their work, and not doing so risks the accreditation of the institution they govern, wrote Belle Wheelan, president of the Southern Association of Colleges and Schools Commission on Colleges.

The Gainesville community expressed concerns about political interference during the UF’s May listening sessions.

The closed nature of university presidential searches inherently raises eyebrows due to the lack of faculty and other constituent input, Jack Stripling, senior writer at the Chronicle of Higher Education, said, but nothing has suggested political interference in UF’s search so far.

Some people think having politically connected officials in a public university will help the institution, Stripling said, while others feel it’ll lead to bad outcomes.

“It would be silly to say that there's not politics involved in higher education,” Stripling said. “There are inherent political elements to this, and these are public institutions and some level of political opinion about what a university ought to do should be expected.” 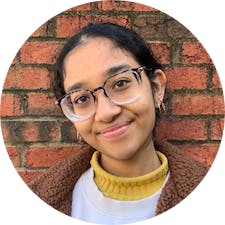 Presidential searches around the nation reflect UF’s own